A look at the last days on campus 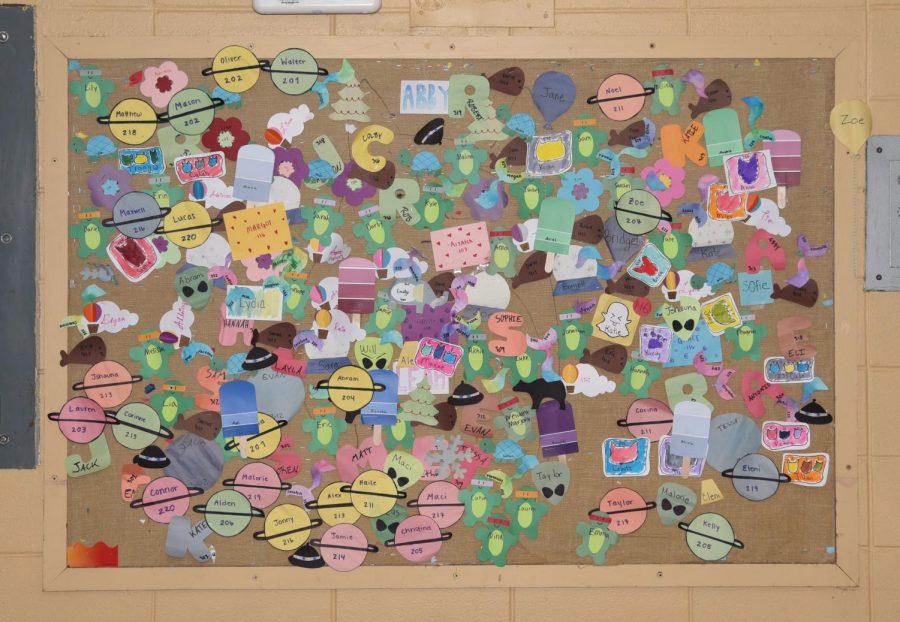 The COVID-19 pandemic has caused huge changes in the way UVM operates. To help stop the spread of the virus, the campus has been largely evacuated. But, some students remained on campus.

The Department of Residential life recommended March 11 that all students not return from spring break, or return briefly before March 18 to retrieve some of their belongings.

Later, they mandated that unless students requested emergency housing, they must leave by March 30.

For a period after spring break, 857 students remained on campus, according to Enrique Corredera, a UVM spokesperson. Junior Blaise Lah was one of these students. He lives in Minnesota and didn’t want to fly there and back in the event that in person classes restarted.

“I honestly think it was such a unique experience: that unspoken relationship you had with everyone there, like we’re all in this together,” Lah said. “When I’d see my friends we always wanted to do something fun and make use of our time, because we didn’t have a lot of it.”

Out of all of Lah’s friends who go to UVM, only four stayed. He would see them every other day or so.

When he was around his friends, he would tell how people felt about social distancing. He never shook hands or got physically close to people other than his friends.

“When we were on campus we felt that our chances of contracting or spreading the virus since we were so isolated was just as slim as being at home, or more safe to be on campus to be honest,” he said.

Tong Liu, sophomore, is an international student at UVM. She was approved for emergency housing by the University. She stayed on campus for spring break, and has remained on campus.

She said she knows a lot of people still on campus, but she is much more serious about social distancing than Lah was when he was in Vermont.

“I still have friends who are on campus, but we don’t hang out really because of social distancing,” Liu said. “If I see my friends we stay far away and we’ll wear masks. Most people on campus aren’t wearing masks, it’s mostly Chinese students because of that Asian cultural thing.”

Junior Claire Smith was one of Lah’s friends who stayed at UVM past the March 18 suggested leave date.

Similar to Lah, she didn’t try too hard to keep socially distant because she felt it wasn’t a super big threat at the time in Vermont, and she only was in contact with her four friends. She figured they’d be fine, she said.

Liu isn’t too concerned about her personal risk of dying from the virus, but she is cognizant for those around her.

“The best thing is not to get sick, I know that normally people our age don’t die, but I also don’t want to spread the virus around,” she said. “I also won’t know for several days if I have it.”

Smith and Lah both spent considerable amounts of time alone. It was unusual for them to be in their building mostly alone.

“I was the only one in my suite, so I moved my TV into the room. Whenever I heard something in the hall, I’d be like what was that, what’s going on,” Smith said.

Two people were still in her hallway, but she never saw them.

Lah studied in his hall’s study room, which was always empty. He said he was more productive because he wasn’t distracted, but he didn’t feel like he was getting more out of school.

Keeping up her education has been one of the hardest parts for Liu.

“I think I’m adjusting okay to online classes, but I think it’s more work than I expected.” Liu said. “A lot of classes are recording videos, but the videos can be like an hour long, which is like a movie that puts me right to sleep.”

Smith and Lah had two other friends left at UVM. They settled into a pseudo routine to replace the one they’d lost when physical classes ended.

“We’d finish doing work in whatever building we were in around two or three, and everyone would hang out by themselves for a little, and then around six or eight we would be like okay you guys want to hang out?” Smith said.

She and her friends found a nice place to watch the sun set, and watched it a few nights in a row. She said it was enjoyable both for the beautiful colors and for spending quality time with her friends in an otherwise uncertain period.

“The worst part was the nights where I decided not to hang out with anyone else,” Smith said. “It got really really boring.”

Besides his friends, Lah didn’t see many other students on campus. Lah said he might see three or four other students in the dining halls when he went to eat. There was one other person who stayed on his floor.

“Being on campus felt like the last of us,” Lah said. “I was carrying a bunch of orange juice from the dining hall and when I saw someone and they were like ‘respect’, because they understood that everyone was just kinda trying to get by.

Besides her few friends on campus, Smith saw maybe five other people in a day. There was an uncomfortable energy around campus.

“Everyone sort of looked at each other like, ‘You’re still here? That’s weird,’” she said

Lah said he felt unusual being on campus somewhat by himself.

“It definitely felt, what are the words, like all you’re doing is sitting with yourself all day, like what am I doing, what is my purpose?” Lah said. “I can stay up to 2 a.m. every day and what’s the consequence?”

Lah eventually went back to his hometown in Minnesota March 26. He had some gripes about the way UVM handled the situation.

“I understand that they were shutting down a university…but the lack of communication was definitely hard,” Lah said. “They just told us we have to go in the next week, like find a plane ticket.”

Lah described the lack of accommodation by the University he felt.

“It felt like everything came with a but, like you can get your mail, but you have to walk across campus and your CATcard might not work at the place.” Lah said, “It wasn’t super accommodating to the students,”

Both Lah and Smith complained about the hours that dining halls were open, from seven to nine in the morning, eleven to one, and six to eight in the evening. Smith said at first the food was much better, then got much worse.

Liu cooks her own food now. She tries to not go out as much as she can. She does mostly everything in her room.

“My parents keep calling me everyday and tell me to not go out, so okay I’ll just cook by myself,” Liu said.

When Smith was still on campus, her parents would still call every few days to ask if she wanted a ride back to New York.

She stayed on campus because she felt like she would study better on campus than in her house. She also lives in Westchester, New York, which is one of the nation’s worst hit areas.

“My parents were all for me staying on campus. My mom was basically like, ‘it basically doesn’t matter either way if you come home or not.’ As of then we were still paying for all that housing too. My parents figured I’d probably be safer in Vermont,” she said.

Eventually, after the University announced anyone not approved for emergency housing had to leave, she took her parents up on their offer. She went back to Westchester March 28.

Liu said she is still on campus for a few reasons. She didn’t plan on going home to China this summer anyway, and flights are expensive.

“Even if I wanted to buy a ticket, they just don’t have any flights,” Liu said.

She has checked online regularly, but flights have been cancelled. For now, like a lot of us, she’s just waiting.