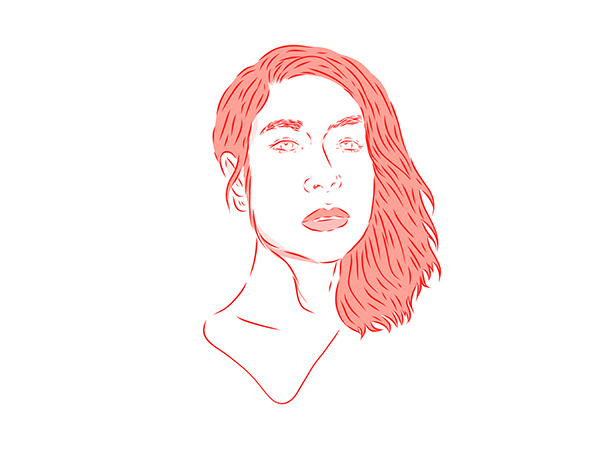 I’m in mourning. Grief, loneliness and isolation surround me. Why, you ask? Mitski has deleted all her social media accounts and announced an “indefinite” break from touring.

In reference to a Sept. 7 concert in New York City, Mitski tweeted: “This will be my last show indefinitely, and I’m glad it’s ending in NY where I came up.”

If you know me at all, you know that indie singer-songwriter Mitski Miyawaki is one of my favorite musicians of all time.

Since 2016, her music has been a constant in my life. I’ve been fortunate enough to see her live three times and have enjoyed a steady stream of new music coming out every two years or so.

The Japanese American musician has been touring for the past five years and living completely on the road. Of course she needs a break; she deserves one. But that didn’t relieve the pit in my stomach.

She quickly soothed the minds of listeners with a tweet directly stating that she was not quitting music, but rather that she needed to stop touring and take a break.

Artists do this all the time. We could say that Frank Ocean was taking a hiatus in the four years between his two masterful albums, but he didn’t announce it as such.

We patiently took his absence from the public eye to mean he was perfecting forthcoming music.

So why did the word “indefinitely”  in Mitski’s tweet send fear and panic through the minds of those who adore her?

The simple answer is the ambiguity.

“Indefinitely” is a word that is meant to be vague.

Since I’ve always had the promise of new Mitski, it has never been a possibility in my mind that I would someday have to say goodbye. But I think my discomfort lies deeper. I think I’m more disturbed at my immediate reaction of “No, I need more Mitski, now!” than the news of her hiatus.

The ease at which we can live through our favorite artists because of social media has provided us with the inability to exist without it.

If I can’t see her selfies or see that she’s spending time in the studio, I guess that means she’s gone forever, right?

Of course not. As a musician myself, I know that you have to put 110 percent of your being into the project. It is physically and creatively draining. Living in the public eye to that extent and trying to supply a never-ending demand sounds like hell.

I want, for Mitski’s sake, for her to recharge and reenergize because she deserves it. But God, I will miss her so.

How do I reconcile my feelings of sympathy and understanding of her needing a break with my instinctual need for more material?

I know that if she were to continue like she has, the material would likely be weaker, and her mental stability would surely crack. No one wants either of those to happen.

“I’ve been on non-stop tour for over 5 years, I haven’t had a place to live during this time, & I sense that if I don’t step away soon, my self-worth/identity will start depending too much on staying in the game,” Mistki tweeted shortly after her announcement.

I know that I need to accept her hiatus and continue on my search for more music.

But I’ll never forget when I heard “First Love / Late Spring” for the first time, and it felt like someone was hearing my thoughts. I’ve never connected with music that way; I’m not sure I will with another artist again.

So my sadness at the situation isn’t just selfish and exaggerated. It’s temporary.

Take a lollipop away from a child and they will cry, but they can’t cry forever. Oh Mitski, my lollipop, take the time you need. My heart will move on, and I will be waiting for you when, and if, you choose to return.