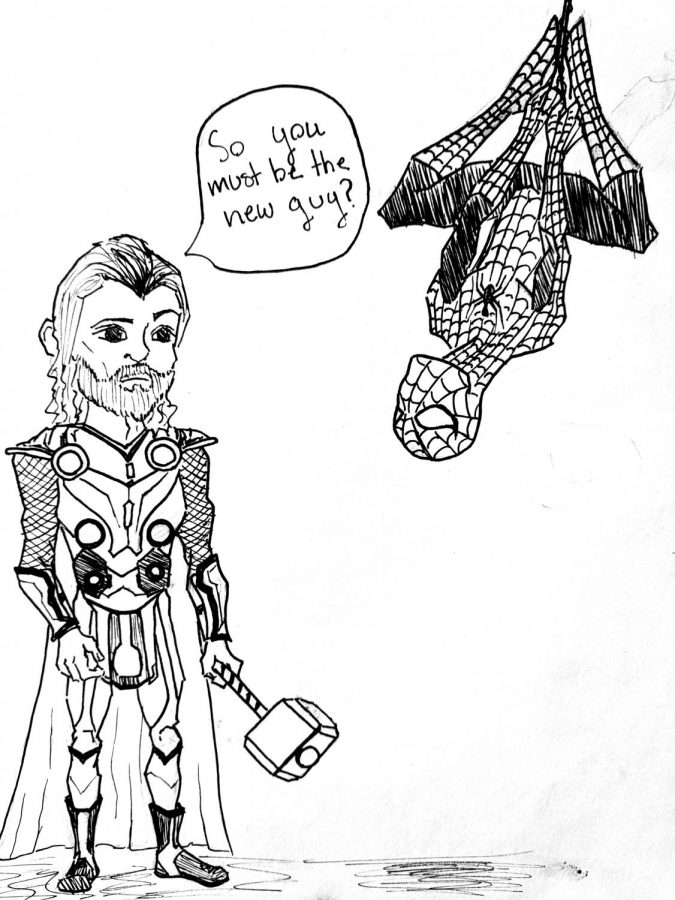 I want to preface this column by saying I adore superhero movies. I guess you could say I “Marvel” at the sight of them.

Everything about them entices me – the sound design, the fantastical plots, the deep narratives and the wide array of characters.

That being said, I walked out of “Thor: Ragnarok” more unsure than enthralled.

“Ragnarok,” the third film in the god of thunder’s series, was very reminiscent of the “Guardians of The Galaxy” films, primarily in its exciting visuals and dialogue. I noticed instantly that the “Thor” franchise had traded its monochromatic and somber landscapes for bright and vibrant alien worlds.

Emotionally, “Ragnarok” was on a different plane of existence than previous “Thor” movies — the usual heavy plotline was switched for one packed with cheesy one-liners.

The excessive jokes didn’t land for me.

The movie felt hollow and thin. The emotions and meaning from previous movies just hadn’t shown up.

There’s a simple explanation as to why the most recent “Thor” movie was so different from its predecessors.

In the eyes of many, movies are nothing if they can’t sell well, and funnier movies are doing better when it comes to box office sales and critical evaluation. More melodramatic, action-packed flicks are paling in comparison — namely,  the previous Thor movie, “Thor: The Dark World” (2013).

According to BoxOfficeMojo.com, “Ragnarok” raked in $122.7 million during the film’s opening weekend, while “The Dark World” suffered, earning $85.7 million in its first three days.

“Thor,” the first movie in the trilogy, earned $65.7 million dollars in its opening weekend.

“Ragnarok” was a much more lighthearted movie, whereas “The Dark World” showcased a dramatic, ancient enemy scenario wrapped up in the expansive Marvel Cinematic Universe.

In “The Dark World,” we saw Loki’s mischievous plots, a dark and looming enemy, high-stakes action, romantic drama, and Chris Hemsworth’s abs—all of which are expected from a Thor movie.

That being said, the movie wasn’t very well received, achieving a mere 66 percent on Rotten Tomatoes.

“The Dark World’s” rating withers in comparison to “Ragnarok’s” 92 percent, as the latter film’s attempts at humor (while they are excessive in my opinion) bring new energy into the tired franchise, critic Carl Kozlowski of Pasadena Weekly said in a Nov. 2, 2017 review.

In this film, the “X-Men” franchise traded in yellow pleather, spandex and the usual mutant favorites for severe emotional depth and a satisfyingly dark subversion of usual superhero tropes.

As a superhero superfan, it’s hard for me to say exactly whether or not I want these films to be campy and light or dark and emotionally gut-wrenching.

But I also adore “Spider-Man: Homecoming” (2017) for being the Spider-Man movie I’ve been waiting for, with its fun characters mixed into tense, sad and painfully-honest experiences (also for Zendaya, but that’s beside the point).

I agree with Variety’s chief film critic Owen Gleiberman, who said, “Superhero movies should be light. And dark. And everything in between,” in a Jul. 8, 2017 review.

Whenever Gleiberman walks into a new comic-book movie, he has, “a prejudice…a stubborn desire, and it is this: I want it to be great.”

“Thor: Ragnarok” didn’t resonate with me, but it’s okay I didn’t think it was great, admittedly it was a respectable third installment to the series.

These movies have spurred many discussions between me and my friends about what we think of as “great” when it comes to superhero movies, and how our expectations have been molded by every lighthearted or serious superhero movie we’ve seen—the good, bad and ugly.

And besides, you’ll still catch me in line for the next one.