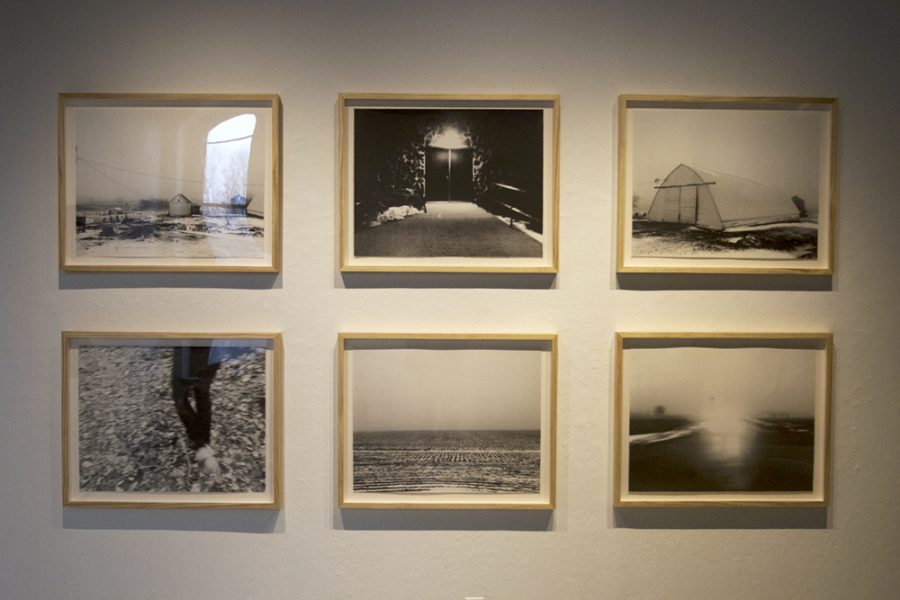 Art is often up for interpretation, evoking ideas unbounded in space or time.

Erik Hougen, a young artist living and working in Brooklyn, describes his new exhibition as taking place in a “floating time period.”

“It could have taken place a year ago or 20 years ago, and it could be the story that takes place over one week, one lifetime, over multiple people’s lifetimes,” Hougen said.

Hougen’s exhibition, “Criminal,” is on display in the Colburn Gallery on the second floor of Williams Hall. A huge print covers the entire wall directly opposite the entrance, which Hougen said was meant to “physically pull [the viewer] into the exhibition.”

Originally from North Dakota, Hougen’s photography captures human emotions through open country landscapes from his childhood and characters whose faces are hard to make out.

What makes his artwork so interesting is not just the photography itself, but the materials he incorporates into his work.

Arts and art history professor Jane Kent, who specializes in printmaking, invited Hougen to share his knowledge and experiences with her classes and demonstrate the process of digital silkscreening.

“I print a computer generated film positive that is used to create an image on a silkscreen that had been coated with light sensitive emulsion,” he said. 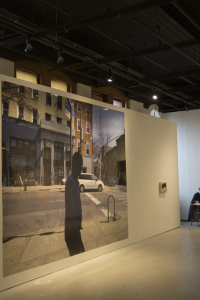 His work also uses paint, watercolor and photographs he has found alongside his own work.

“Criminal” was inspired by the narrative that Hougen originally saw in his work.

The unidentifiable faces, barren landscapes and the blurry or out-of-focus photographs construct a story, “with the word ‘criminal’ as the frame or structure.”

Hougen, however, encourages each viewer to experience his work in their own way, which may not necessarily overlap with his own interpretations of his photographs.

He is intentionally vague in describing his work.

Hougen describes his photographs as a depiction of “an America that is familiar, yet one without specific details.”

In this way, Hougen leaves room for the viewer to add their own meanings to his work.

“Criminal” will be on display  in the Colburn Gallery until April 4.