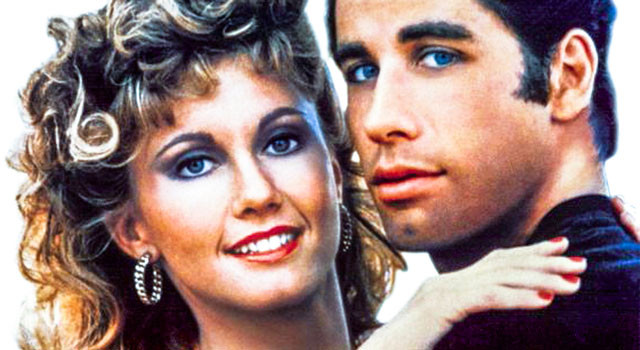 Thirty-six years since its release, only one musical movie remains at the top of the charts and still has audiences singing along – the 1978 hit, “Grease.”

“Grease” enthusiasts  will get a chance to relive the glory of the film Jan. 23 at a special sing-a-long screening at the Flynn Theatre in Burlington..

The evening will consist of viewing a remastered, sing-a-long version of the film, a costume competition and the chance to meet one of the original dancers, Sean Moran.

Moran, who is also a Burlington native, will be hosting the event.  Moran has been a part of larger showings of the sing-a-long, including  the annual showing in Los Angeles at the Hollywood Bowl.

In Hollywood, the showing always sells out, and the audience “all know the lyrics,” Moran said.  Not only do “they sing,” he said, “they boo, and they yell.”

While the Flynn might not bring in the same size audience, they strive for an equal amount of enthusiasm, they strongly encourage audience participation.

Moran hopes to bring some of the Hollywood excitement to Burlington.  “At the original opening there were so many people there they almost tipped over the Greased Lightning car [that John Travolta and Olivia Newton-John arrived in],” Moran said.

“Grease” continues to inspire such excitement because “it’s one of those cult shows,” Moran said.  “(Fans) are very covetous of ‘Grease.’ [They] send me ‘Grease’ things that they’ve collected.”

Moran says he thinks “this will be fun for the Flynn,” especially as they try to “branch out.”  “The Flynn tries to do all different things,” Moran said, and he hopes the sing-a-long will become an annual event.

While the movie may be a new event for the Flynn, it has been a constant in the lives of cast members like Moran. When asked how much of his life was focused on “Grease,” he quickly responded, “all of it.”

For Moran, the musical movie “opened and still opens a lot of doors,” he said, “and it changed a lot of lives.”

Since auditioning for “Grease” after graduating college, Moran has been deeply connected to the musical movie.  Even when auditioning for his roles in shows like “Private Practice” or “ER,” he was always asked about “Grease.”

Moran expects “Grease” will continue to experience a high level of popularity.  He said  that the film has become “a hit beyond its years.”

From “cult” fans to new-comers, the Flynn urges all to “don those pink jackets, grease up those quiffs” and get prepared for a night of “Grease”.