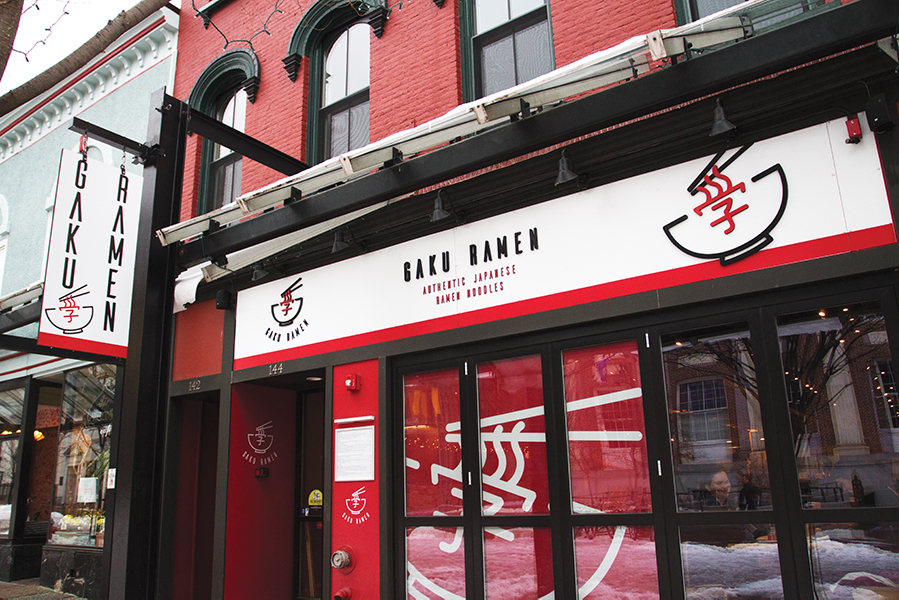 Rich chocolate, creamy soups, French pastries — all of it local.  It doesn’t take much of a walk down Church Street to get a sense of what the Burlington food scene and its chefs have to offer.

One of these restaurants is Revolution Kitchen, which specializes in vegan and vegetarian food.

Owner and chef Debra Maisel said that part of what inspired her to start cooking was a desire to see her children eat local, unprocessed food.

“I had two kids,” Maisel said. “I wanted to make sure they ate well.”

This desire to share clean food with others was what prompted Maisel and her husband Peter to open up their first restaurant in Portland, Oregon.

In the beginning, Maisel tried to spread a message with her work, she said. Not so much anymore.

“Now, I think, what my husband and I really want is for people to just embrace what they feel good about,” Maisel said.

Maisel explained she likes to design a diverse menu by creating flavorful dishes that even meat-eaters will love.

Josh Kimball, chef at Gaku Ramen, echoed this love of creativity. He said he enjoys adapting his craft to his mood and seasonally available ingredients.

Kimball originally began cooking in the army. He returned to the culinary arts after he became disillusioned with corporate culture, he said.

“To sit there and reverse-engineer them and put them on a plate, it kind of takes people’s breath away a bit,” Kimball said.

Interacting with customers is part of what keeps him on his toes, he said.

“The people that come in are amazing,” Kimball said, “and my co-workers are why I’m there.”

Pat Kelleher, a baker at Mirabelles, agreed that the sense of community in the kitchen is what keeps things fun.

“It’s a collaborative effort,” he said. “You get to spend your eight-hour workday around people who are like-minded and enjoy that craft.”

Kelleher started baking during a summer job at a commercial bakery while he attended UVM. There, he came to love both the science and joy involved in the art, he said.

“The satisfaction I get from people eating stuff that I made — -it’s very intoxicating,” Kelleher said.

He soon found a culture that fostered innovation, both in and out of the restaurant.

Both Kelleher and Kimball noted that this kind of local support and creativity have only increased.

In the past few years, the Burlington food scene has exploded with new cultures and classic twists, Kimball said. Farm-to-table has been key to this, he said.

“Without those local farms, I think we’d be on the same page that we were five years ago,” he said.

Kelleher agreed, noting that there was very little local produce in the supermarkets when he was growing up in Vermont. It has become more popular in the last 10 to 15 years, he said.

The chefs like to incorporate this variety and community focus into their specialty foods.

“I’m always a sucker for a homemade mac and cheese, myself,” Kimball said, noting the quality of local artisan cheeses.

Kelleher’s food of choice is yeast-risen bread, which combines the hands-on process of making the dough with the science that attracted him to the field in the first place.

“It’s fascinating; it’s alive,” he said, in reference to the dough-making process.

Maisel likes to mix things up when collaborating with local farms.

“Our vision has always been to support like-minded businesses,” Maisel said.

If anything, Kelleher thinks there is potential to build on this diversity, saying he wouldn’t mind seeing restaurants explore more of the city .

“There are some great neighborhoods in Burlington,” he said.

Senior Michelle Beaupre agreed that there is room for growth.

“I wish there was more variety,” Beaupre said.

Kelleher provided a suggestion for those looking for somewhere to eat in Burlington.

“Ask a few locals what they think, and then go somewhere else,” Kelleher said. “There’s always going to be another place to pick.”