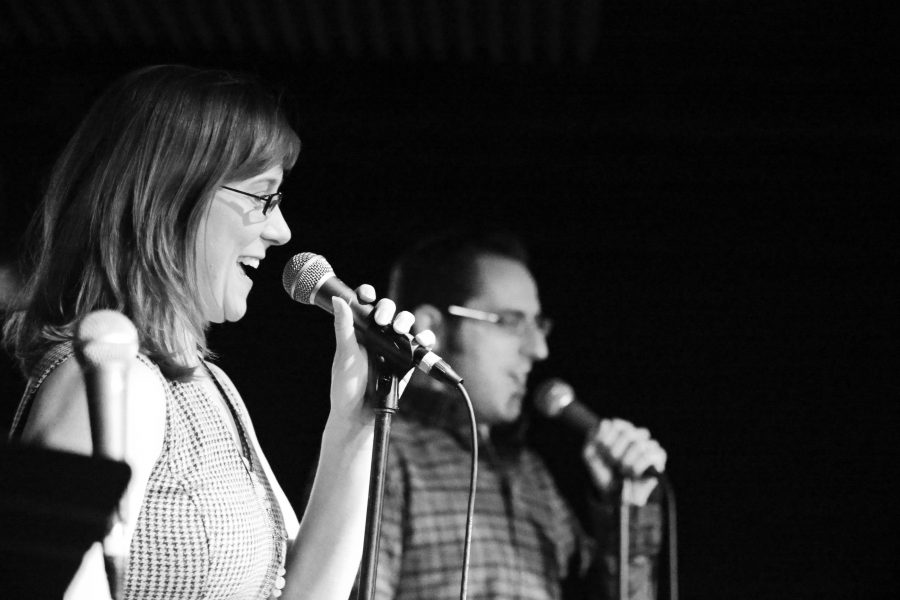 Comedy found its Burlington home this past November in Vermont Comedy Club, located at 101 Main St.

The club, owned and operated by Nathan Hartswick and Natalie Miller, hosts a wide array of standup and improvisational acts from local, regional and national comedians.

It seems to have popped up overnight, but the club has been many years in the making, Hartswick said.

“The comedy community around here has really paid their dues over the last five or six years, getting comedy to be accepted and desired,” he said.

Hartswick said venues like the Flynn Center hold comedy shows every so often, but the only other Burlington club dedicated to comedy, Levity, went out of business in 2013.

From tiny coffee shops to loud restaurants and busy bars where the crowd may not even know there is a comedian performing, it’s been difficult to find a consistent venue for comedy in Burlington, he said.

This is in part due to the fact “there hasn’t been a market for it up until this point,” Hartswick said. “We had to build the market from scratch and it took six years.”

A key part of creating the market was the couple’s first business venture, Spark Arts.

Located in Burlington’s South End, the studio began as a general community art space and  eventually narrowed its focus to solely comedy, he said.

“It gave people a safe space to feel like they can experiment and fail and get better at comedy and meet other people who are into it like them,” Hartswick said.

The club has taken on the comedy classes formerly found at Spark Arts, Hartswick said.

“We sort of built the curriculum from the ground up as sort of ‘what do we think people need to know,’” Hartswick said. “We created it by sort of Frankensteining all the best parts together that we wanted from all the different places that we’ve learned stuff.”

Just three months after the opening in November, the club is packed Wednesday nights for their weekly free open mic.

These open mics are important to beginning comics like alumna Carrie Shamel, who said she comes to the club at least once a week to practice her act.

She started doing standup after taking a class at Spark Arts, Shamel said.

“I thought I was just gonna take the class and then move on with my life, but I just fell in love with it and I’ve been doing it ever since,” she said.

There will be more to look forward to, “but right now, we’re just honing this machine so that it can perform the best it can,”  Hartswick said.