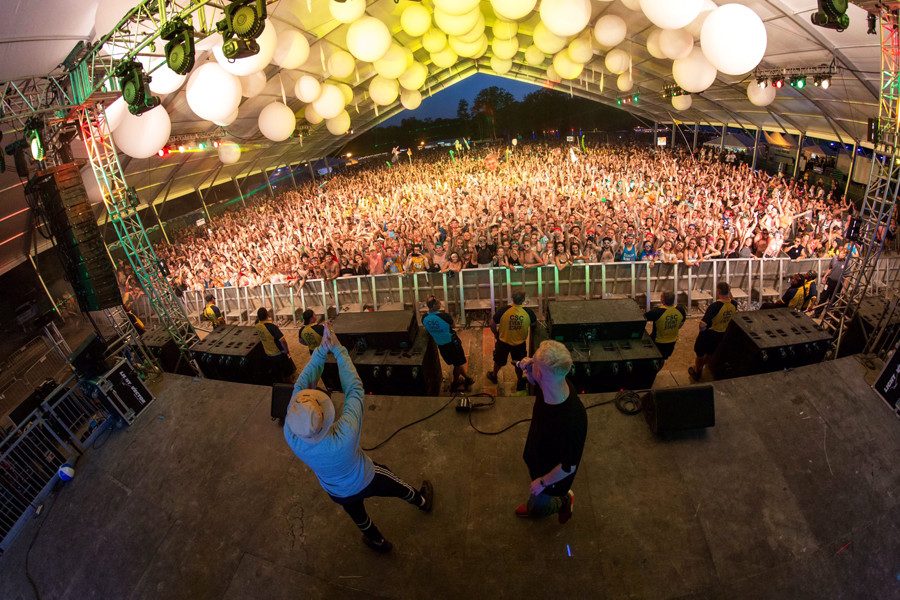 UVM has a long history of showcasing the voices and rhythms of both up-and-coming and well-established musicians. An affinity for live music seems to flow through Catamount veins.

FallFest, an annual concert event that brings students and music together, will take place at 7 p.m. Oct. 14 in Patrick Gym.

The concert is organized and hosted by UVM Program Board.

Snakehips, a British electronic music duo, will be headlining this year’s concert. The group is most well-known for its 2015 single “All My Friends,” which features Chance the Rapper and Tinashe.

Snakehips is also well-known for their remixes of popular pop tunes. The duo’s version of Sam Smith’s new single “Too Good at Goodbyes” is catchy and sensual, according to a September 2017 Billboard article.

Vundabar, a rowdy rock band from Boston, will open for Snakehips. They will be preceded by UVM’s very own Kudu Stooge.

“We participated in the UVM Battle of the Bands last spring and didn’t win, so getting another chance to do something like this for the school is really incredible,” Lewellyn said.

Most of Kudu Stooge’s band members are seniors, so the group is excited to participate at a campus event for one of the last times, he said.

Magda is UPB’s head of ticketing for FallFest this year. She is also the only sophomore on the 2017-18 concerts committee, she said.

“We meet in April to think about general vibes for the concert,” Magda said. “Then we brainstorm different ideas for headliners and start reaching out to bands.”

The UPB concerts committee is made up of six people: four students, an adviser and a student marketing liaison, Magda said.

“The whole UPB family works together the day of the event,” she said. “30-40 student volunteers are involved in organizing, setting up and hosting the event.”

UPB has been hosting concerts on campus since the 1970s, Magda said.

The first FallFest concert took place in 2009 with headliner Of Montreal, she said.

“The goal of FallFest is to bring different groups of UVM students together,” Magda said. “Music is a great way to create bonding.”

Tickets for FallFest are on sale now. Students can purchase tickets for $10 at tickets.uvm.edu.