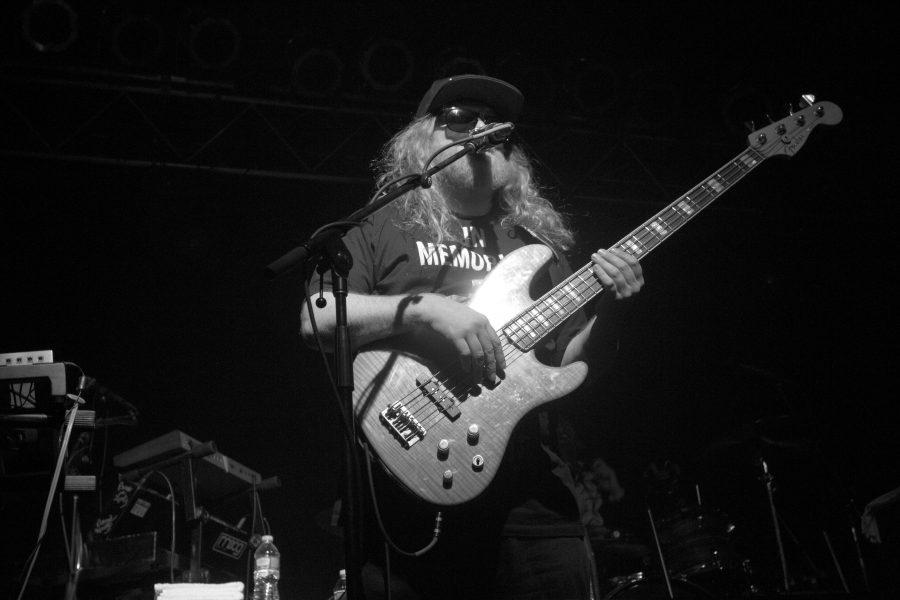 Higher Ground pulsated with the enormous sound of a seven-piece band Jan. 20. As the band Lettuce rocked their sizzling grooves, the audience brought the sold out venue to a boil with energetic dancing.

Standing in the front row, a cool, comfortable microclimate, I reached out behind me to give a friend a high five. Within moments, a wave of moist heat enveloped my arm.

Behind me were sweaty bodies, shirts plastered to their skin, people smiling, some even giggling, at the absurd talent that was emanating from the stage.

Lettuce brought the funk, the whole funk and nothing but the funk.

Expanding upon James Brown-esque grooves with hip- hop and psychedelic sensibilities, Lettuce not only creatively emphasized their downbeats but were able to turn the downbeat into a mere suggestion, toying with rhythm and time during their musical ventures.

Lettuce came to Burlington fully equipped with all the essential ingredients for atmo- sphere.

Due to his other musical projects, Krasno announced last year that he would not be able to make all of Lettuce’s shows. Burlington was one of the lucky venues to see him play.

Krasno took the stage next to drummer Adam Deitch and be- hind the rest of the band.

While his physical body fad- ed in and out of sight, almost sinking into the backdrop behind band members and synthesizers, ethereal solos roared from his guitar into the audience.

Hall led the band in Charles Wright’s “Express Yourself,”

After playing two sets, they ended the party, leaving concertgoers to go home with the funk still resonating in their ears.