“Halloween” sequel picks up where original left off 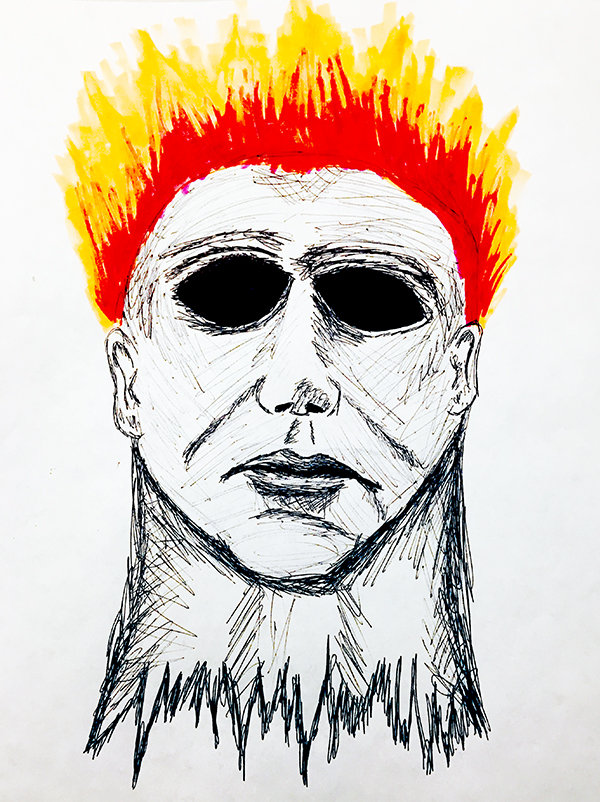 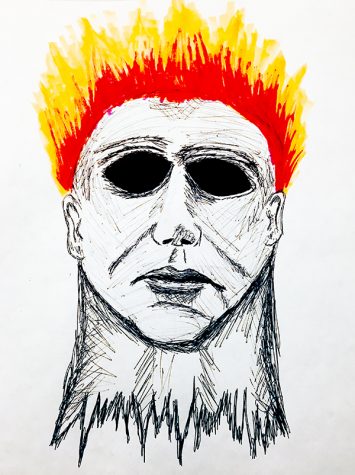 The boogeyman is back. Four decades after the original slasher film was released, another “Halloween” has hit theaters.

Written and directed by David Gordon Green, the film stars Jamie Lee Curtis, who returns to her debut role as Laurie Strode. But this is not just another lifeless installment to an outdated horror movie series

This time we follow Laurie, who is suffering from post-traumatic stress after the first film’s events, as she readies to protect her family from Michael Myers, a crazed serial killer who escapes institutionalization and returns to Haddonfield, Illinois.

Choosing to ignore all of the sequels (there were seven of them, as well as a remake and a sequel to the remake), this iteration pays most of its attention to the legacy of the first film and, as expected, streamlines it, making for a surprisingly deep film filled with moments of nostalgic greatness, while also mostly standing in the shadows of its more efficient predecessor.

The film is fascinated by its own mythology: the camera roams over Michael when it isn’t loosely recreating the more famous shots from the original film, the signature score (which original writer/director John Carpenter contributed to) creeps in from the background and stabs in at all the right spots.

But having to deal with both tasks of paying respect to legacy while also establishing something new can make this “Halloween” feel cluttered, stretching the narrative thin.

“Halloween” takes all of the very simple, economic elements of the first film —  a drowsy suburb, a creepy holiday, a silent man stalking the neighborhood at night —  and excites them, metabolizes the terror in ways that I suspect resulted from the filmmakers wanting to modernize the franchise.

Even the classic opening title sequence is lifted for this retelling but it is curiously sped up, glossy, literally breathing life back into a long-dead Jack-O-Lantern.

This one also makes the crucial error of confusing gore with terror. It finds its haunts through jump scares and a startling body count more in line with the brutal 2007 Rob Zombie remake. It often sacrifices atmospheric chilliness for easier, but largely ineffective, graphic violence.

Yet, there is something undeniably captivating about the film. I watched it in a packed theater on opening day and found as I looked around that the audience was at attention, quiet, almost as transfixed by the images on the screen as the film was with delivering them.

So we don’t cringe or laugh at the frank silliness when Laurie, softly smiling, talks about Michael’s inevitable return, her eyes clouded by the same nostalgia we have in ours: “He’s waited for me, I’ve waited for him.”

No, instead we feel giddy, spooked by the familiar legend: we feel it when a drunken teenager, already doomed, innocently asks Michael before his demise, “Haven’t you ever wanted a girl you couldn’t have?”

I do believe 2018 was the perfect time for this film to come out. It serves as a necessary revision of the original’s tendency to perpetuate misogyny common to the horror genre. The first time Michael came around, only the virginal Laurie could seem to escape him.

This film avoids this trap, purposefully not imposing sexist judgment upon it’s subjects. And as the film slashes to it’s climax, it becomes clear that it’s female subjects are the ones needed to save the day.

It is one of the only things this film gets right that the original does not: it embraces its female characters more deeply than the brash young girls who are punished for their sexuality in the 1978 original. It renders everyone —  Laurie, her daughter Karen, the officials in town, the babysitters — with full complexity, emotionally affecting us.

Strange moments of humor also puncture the film, which at first feel like interruptions, jarring, but once I learned to stop taking myself, as well as the film, so seriously, it began to become fun in its playfulness, even refreshing. It’s a modern injection to the gleeful cornball comedy present in the original.

The script, co-written by Danny McBride, launches the film into such a self-aware stylishness at certain key moments that it almost comes off as an action film parody.

But, like the original, none of the lacking aspects of this film stopped me from leaving the theater, plunging into the cold October night wind, returning home and, feeling spooked, deciding to keep the lights on just a little longer than usual.