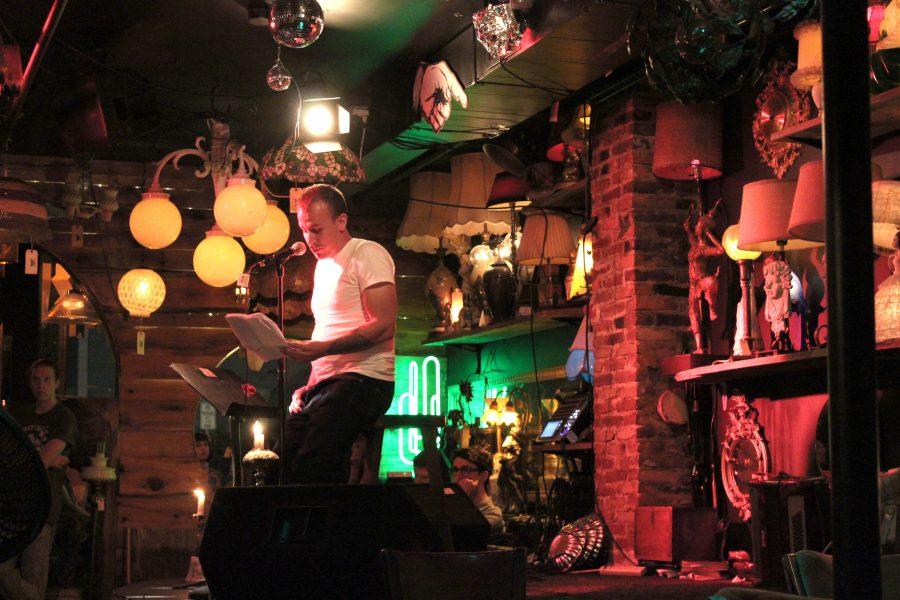 As the school year begins, students may find themselves learning or relearning to adapt to the college environment: new classes, new roommates and new challenges.

A senior cinematography major at Champlain College, Jeremy MacKenzie is no stranger to adapting to new environments.

Before enrolling at Champlain, MacKenzie said he was in and out of prison, serving a total of eight years. 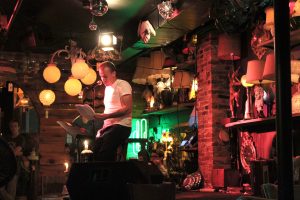 As an artist, “there was a lot of trying to find ways around that environment [in prison] and find inspiration in other ways,” he said.

The scrolls first went on display in the Amy E. Tarrant Gallery Sept. 4, 2015.

Now, MacKenzie’s completed scrollworks have toured the state, and will be displayed in the Living/Learning Center Gallery Nov. 7 – Dec. 16.

Each scroll tells its own story and is a representation of his experience in prison, MacKenzie said.

MacKenzie’s representations of the prison experience are instead inspired by “scenes of Greek mythology, scenes from books or scenes from faraway lands,” he said.

The original seed of inspiration to do carved scrollwork was in fact planted during his time in prison, MacKenzie said.

“During my first sentence, I ended up in a prison wood shop where there was an old man who made clocks, and he cut wood scrollwork into the clocks,” he said. “He taught me the technique and I started teaching myself how to design things based on that technique.”

While artists often face restrictions to their creative processes, MacKenzie was challenged by the ultimate hindrance of being in prison, where he said he did not have reliable access to basic art supplies like paper.

However, MacKenzie said this simply prompted him to find more creative ways to realize his artwork.

“There were times when I was making my own graph paper, and there were other times when I would find an officer who was like an ally,” he said. “I would make or obtain graph paper and just tape them together into much bigger piece so that I could design a lot of the bigger work that I was doing.”

The scrolls are, in fact, only one sample of MacKenzie’s intricate storytelling.

MacKenzie said during his final year at Champlain he will pursue the challenge of writing and directing a full-length film.

To his fellow art students, MacKenzie says, “be hungry [but] also patient…and pursue many failures.”