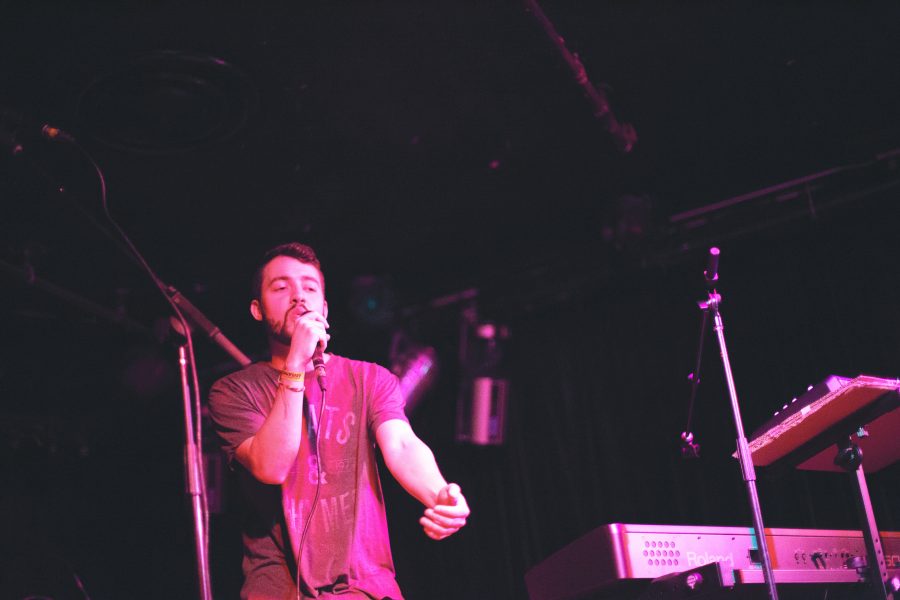 Inspiration comes from the most peculiar of places, and one UVM senior has discovered it in the heart of the world’s cultural and social issues.

Guthrie Galileo, a senior Latin American studies major, has been producing different forms of music since the age of 11.

The current manifestation of his musical style arose five years ago.

“I started in high school, recording music on my own with my brother and some of his friends,” Galileo said.  “It was a turning point for me and my creative process, mostly due to being in the high school choir. It opened up my ability to sing and compose music, being exposed to chorale arrangement.”

The recordings were produced exclusively out of his bedroom, which is how he still records today.

His musical style, though, doesn’t fit into just one category.

“It’s always a difficult question… earlier this afternoon, I spoke to a friend, and we came to the conclusion it’s something around alternative, electronic and R&B,” he said.

Galileo plays a range of instruments in addition to singing, including guitar and synthesizer.

His musical process varies, starting sometimes with a melody on piano or with the lyrics.

“Usually I’ll come up with a piano part or a vocal melody of some sort, and go from there,” Galileo said. “After that I program a drum beat, usually using samples that I’ve recorded with a hand-held recorder just from walking around in life.”

He said he has used everything from the sounds of the CCTA buses to him playing around with a beer can.

It’s the lyrics, however, that form the core of Galileo’s musical identity.. Their content has evolved since he began his studies of Latin American history at UVM.

“At the beginning, it was a lot of introspective stuff, more emotional and personal,” Galileo said.

After studying in Rio De Janeiro, Brazil his junior year, his lyrics took a turn toward social justice.

“Traveling and spending more time meeting people has caused me to break out of my own head and write more about the things around me,” he said.

Galileo’s travels empowered him to reach out to his audience to aid those in need.

“After cultivating a certain following, and developing my style, my voice, and learning a lot about local and global issues, I feel more responsibility,” Galileo said. “To use that voice to call attention to certain issues that the people affected might not be able to.”

In order to aid local migrant farmers, Galileo is putting together a benefit concert April 23.

“It’s for a local organization called Migrant Justice, which seeks to draw attention to and assist migrant farm workers, typically dairy farmers, in Vermont,” he said.“We’re going to give all the proceeds to this organization, and it’s going to feature five musical acts, as well as visual art hosted on a local farm in Williston.”

The location of the concert is an important symbolic connection to the movement, said senior Annalena Barrett, an intern at Migrant Justice.

Galileo will continue to play regular shows in Burlington at local venues such as Radio Bean to fight for social justice, one song at a time.