Across cultures, drinking is universally known to be an act of self-care for the body, as well as for personal and social enjoyment. Yet by observing the definition of drinking from a curatorial perspective, a bigger social and cultural discussion is revealed.

An exhibit at the Fleming Museum intends to present such a dialogue.  It presents a cross-cultural approach to the idea of drinking by presenting different types of drinking vessels from various parts of the globe.

From red-solo cups to English teapots to Indian 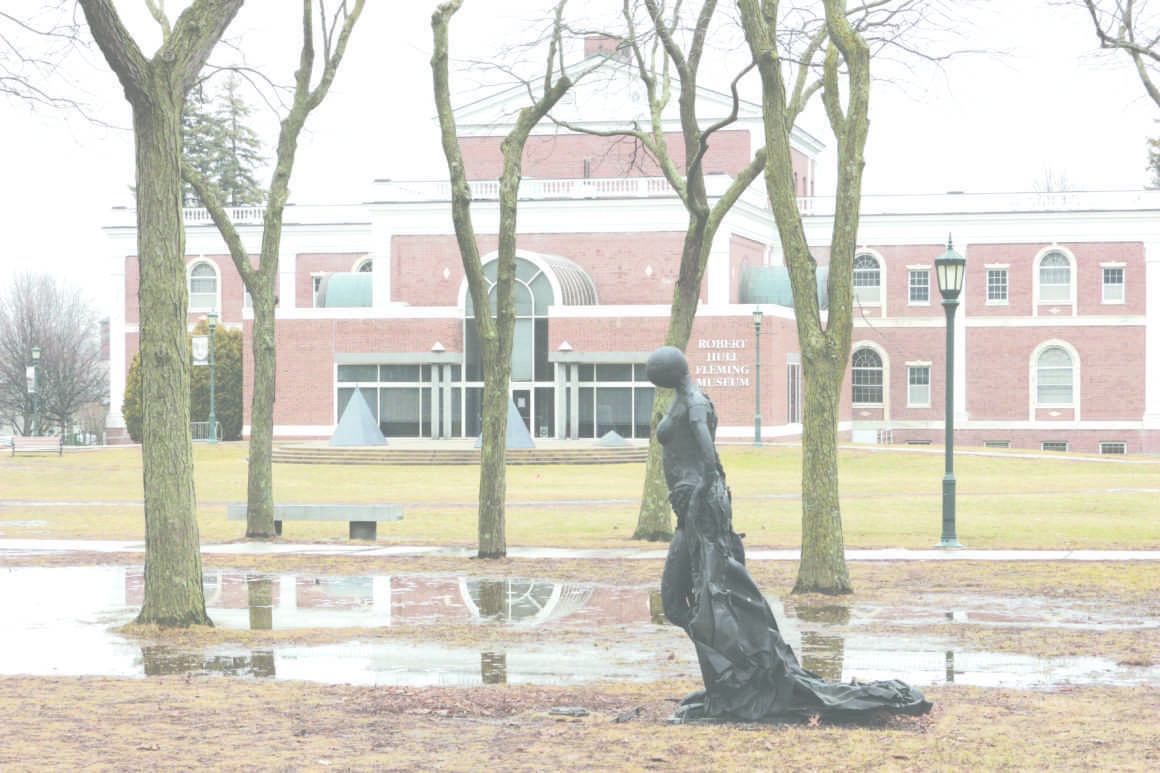 coffee sets, the objects reveal a spectrum of consumption, and the traditions, rules, and hierarchies associated with each distinct cultural setting, according to a press release from the museum.

“It’s about how drinking does reinforce social status and rules;  we want people to think about their own culture in the process”, said Margaret Tamulonis, the curator for the exhibit and a collections manager at the Fleming.

Tamulonis discussed the varying social experiences that come with different vessels, environments, and types of drinks, such as coffee, tea, or alcohol, that paint a bigger picture of what drinking means in a socio-cultural context.

“We’ve realized over the course of putting together the show that so much of drinking is tied to conversation” Tamulonis said. Several pieces in the show, such as a Samoan kava bowl, are representative of Oceanic cultures where, she said, people would sit down and shoot the breeze over a drink.

The show also includes other artifacts, like documents, articles and poetry meant to demonstrate the health benefits and drawbacks of water and alcohol, such as contamination and intoxication.

Social control related to drinking in society is also addressed in the collection, specifically with the temperance movement of the 19th century.

From an aesthetic and historical point of view, the show will broaden the observer’s knowledge of various styles of pottery from various areas of the world, such as South Africa and Russia.

“Imbibe: Drinking in Culture”, located in the Woolcott Gallery, will run from Jan. 24 to May 21.