‘The sound of freedom?’ Crowdsourced film examines impact of F-35s in Burlington 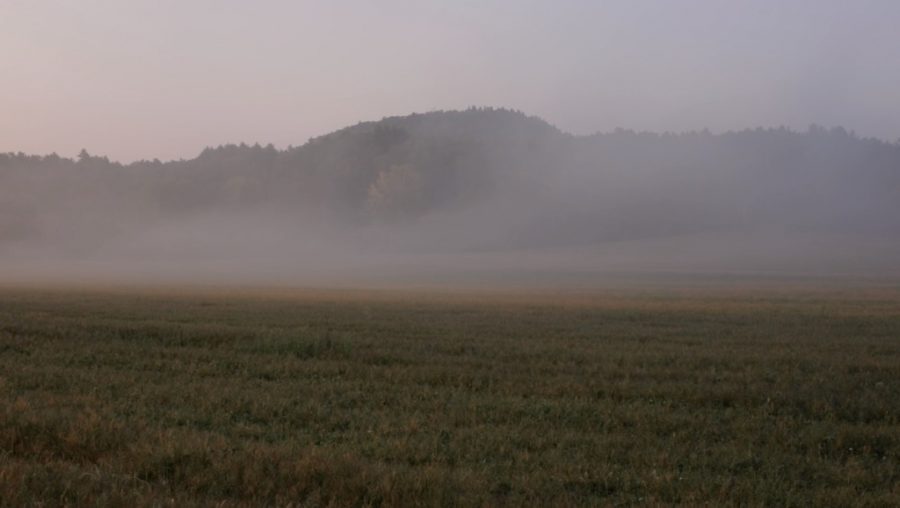 The opening shot of local filmmakers Patrick McCormack and Duane Peterson III’s film “Jet Line: Voices from the Flightpath” is a still shot of a misty, orange and green Vermont landscape, the deafening noise of the F-35 jets slowly roars into focus.

“Thank you for calling the jet line, we are collecting anonymous feedback from all perspectives on the F-35 jets and we appreciate yours. Please note that these recordings may be used in a film,” a voice comes through.

Over the past seven months, McCormack and Peterson received over 100 calls that amounted to two and a half hours of audio. Pieced together and laid over scenic images of Chittenden county, the film itself amounts to 12 minutes.

The film comes 18 months after the jets arrived in Chittenden County, stationed at the Burlington International Airport. They replaced the National Guard’s fleet of F-16 fighter jets, which were stationed in Burlington since the 1980s.

Over the past year and a half, Vermont residents and families have protested this noisy disruption. Peterson said some have complained to the Air Force and National Guard but none have gotten replies.

The filmmakers said residents are upset because not only do the jets cause reverberating noise that disrupt their quiet areas, but also because of the environmental impacts. According to an article by VTDigger, there are 2,600 houses in the flight path and it would take 15 years to mitigate the noise along with $85 million in costs.

McCormack said before the jets arrived, the conversation regarding their presence in Burlington was very fact-based. He wanted to bring in the idea of what it feels like for the community.

“The jets being ‘the sound of freedom’ is something that we’ve heard quite a lot. I think we really want to encourage people to expand their perspective; not everybody has the same idea of what’s of what freedom sounds like,” he said. “If you’re skeptical of the film, we encourage you to watch it, listen, and validate the perspective of your neighbor, even just by taking the time to consider it.”

Due to COVID-19 restrictions, McCormack and Peterson used a telephone hotline to reach Vermont neighbors anonymously. They put up flyers around Burlington in October.

The film pairs those emotional voicemails with serene scenes of residential areas in Chittenden County.

“The amount of comments that we received was honestly overwhelming and surprising in a lot of ways. It meant that we had to make a lot of really hard decisions,” Peterson said.

Peterson said there was grief and desperation in the messages.

“It struck me,” he said. “I think by providing the space, we welcomed some very raw emotion in terms of how people were reacting to this issue.”

The filmmakers said they tried to diversify their recordings with different perspectives.

“One of the F-35’s just went by and it’s horrifying. I don’t feel safe,” they said. “I feel that something could go wrong and we would all be in danger. Please stop the F-35’s; it does not belong here.”

Some were celebrating the jets.

“Everyone who objects to the F-35’s needs to get over it,” one voice said. “They’re absolutely incredible, technological, amazing pieces of American fighter-patriot pride.”

Other people that left voicemails said the jets’ impact drove them to move states.

“In one week, my wife and I are going to be leaving Vermont. The daily assault of the F-35s over our home is just more than we want to live with,” they said.

To express concern about the F-35’s, there have been protests, demonstrations, letter writing campaigns, petitions and complaints.

“I have been getting recordings as high as 125 decibels. One, two, three, four, five jets one after another, severely shaking my house and rattling the windows,” one voice from the film said.

McCormack said the film’s intention is to elevate voices in the community while admiring the Vermont landscape.

“Some of these perspectives were so desperate and just grateful to be listened to, I think even just confessing into this anonymous hotline was therapeutic in a way and I think that that created a tone of grief that we didn’t really expect,” McCormack said.

Peterson and McCormack had goals for the film. One was to bring the impact of the F-35’s back into people’s minds.

“The goal, frankly, was to help promote a collective voice and bring these perspectives to light,” McCormack said. “Since it had been a year, the other goal is to create a historic document, like, what was it like to live here, and for communities outside of Vermont that will soon get the same jets.”

“We want people to take a minute to imagine that other people’s lived experiences could differ from theirs. I think that that’s missing a lot from the discourse today,” he said.

All of the calls will be released to a public audio archive.

“I did feel a certain obligation to the people who called in. These people shared with us, in a lot of cases, very intimate details of their lives and their experiences. So it would be kind of injustice to them to leave that on the cutting floor,” Peterson said.

The film will be playing May 5 through 9 at the Made Here Film Festival. The link can be found here.