Theater department to present “The Wolves” and “The Normal Heart” 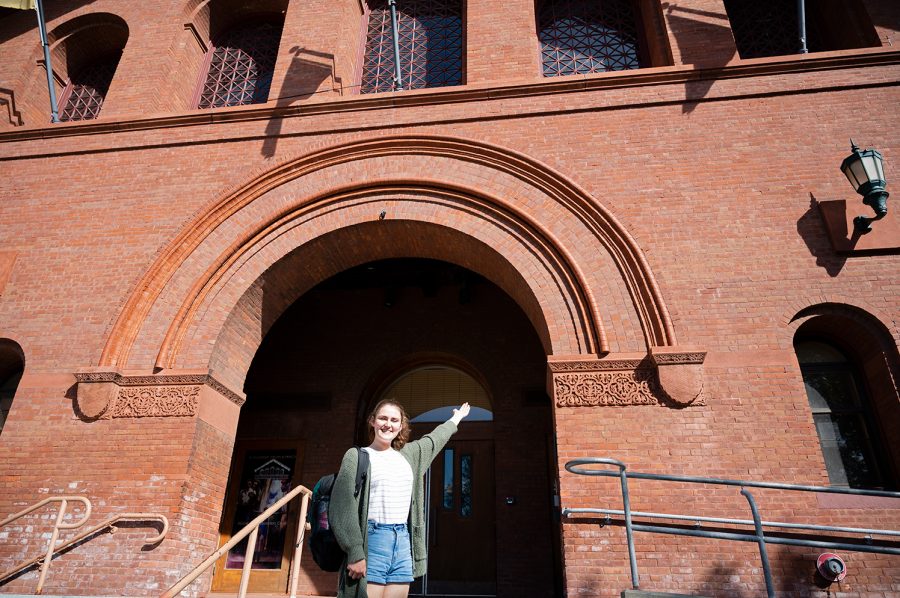 UVM’s Royall Tyler Theatre is putting on two fall plays, one that is an all-female cast, and one that is a mostly male cast.

“The Wolves” is centered around a high school girls’ soccer team. “The Normal Heart,” focuses on the HIV/AIDS crisis among mostly gay men in 1980s New York City and  is a mostly male cast.

Carleton said she has wanted to direct“The Wolves” for a couple years because of its artistic quality and its emphasis on the female experience, whatever form it may take for each character.

Senior Katelyn Paddock plays player 46, whose name is never actually mentioned in the script. Paddock said she was drawn to the play because it’s an ensemble piece and there is no lead character.

Rather, the soccer team itself is the lead.

“Everybody works together equally and gets featured equally,” Paddock said.

Paddock said that the all-female cast exerts an encouraging energy and less of a petty power dynamic than she’s used to among casts. She’s not sure if this is due to this particular cast, or the fact that it’s all-female.

Carleton said that the cast is supportive of each other. In addition to the cast, most of the stage management team is female, which Carleton said was her intention. Carleton herself is in the play as well, playing a soccer mom.

“We never really see teenage girls as complete, whole, well-rounded people,” Paddock said. “This script treats [them] as extremely powerful and almost warrior-like in their convictions and their beliefs and their opinions.”

Characters in the play talk about their different personal lives. Carleton stressed that although boyfriends come up in the script, the girls are not defined by this aspect of their lives, and the play is centered around them discovering themselves.

Senior Curt Scheffel is an actor in the “The Normal Heart.”

Scheffel plays Felix, a writer for the New York Times, who carries a romantic storyline with another character, Ned. This is a major part of Scheffel’s process in becoming his character.

“Right now I really am learning to fall in love with Ned,” Scheffel said.

Scheffel said that some of the actors in the cast are gay, while others are not.

“Watching people change their idonsincrancies and their mannerisms to kind of portray the characters better was really cool,” Scheffel said.

His character is written into the script as more masculine, so he isn’t changing his mannerisms as much as perhaps some of the other actors are, he said.

In the play, Scheffel’s character ends up getting the virus. He said it has been a serious rehearsal process so far, as the play covers dark topics.

The cast was shown documentaries educating them on the AIDS crisis in the ‘80s, for historical context and for a way into the shoes of their characters.

Scheffel is one of nine male actors in the play, while junior Julia Kitonis is the only female actress.

Kitonis plays Dr. Emma Brookner. She has polio, and does her best to care for those affected by the AIDS crisis as she conducts research on it.

“I think that [Brookner] is incredibly tough,” Kitonis said. “She ‘suffers no fools,’ is what my director told me.”

Kitonis said it’s unusual to be the only female in the cast, and everyone is aware of that, but it’s still exceptionally inclusive.

“They’re really wonderful guys… there’s a lot of camaraderie,” Kitonis said. She expressed gratitude for this environment, considering the show is fairly emotional and deals with heavy topics.

Ramos said UVM theatre does their best to be diverse in every production season. Acknowledging that UVM is a predominantly white campus, Ramos said it’s a challenging task in terms of race.

The department makes an effort to be diverse in the ways it can be, for example, in terms of gender and sexual orientation, as seen in this season’s array of plays.

In contrast to the all-female cast of “The Wolves,” the department wanted to provide other types of bodies a place on stage with “The Normal Heart,” Ramos said.

The department has not done this kind of gendered separation in shows for as long as Carleton has been working at UVM, she said.

“Mainly, [‘The Wolves’] is out there now, and it’s just such a fabulous vehicle,” Carleton said.

She hopes UVM students will be drawn to it because it’s a modern, empowering play, she said.

Ramos said “The Normal Heart” is a story about political activism, which can relate personally

to UVM students who are, in his opinion, passionate about social justice issues.

“It’s a beautiful reminder about how we as individuals can change the course of history,” Ramos said.