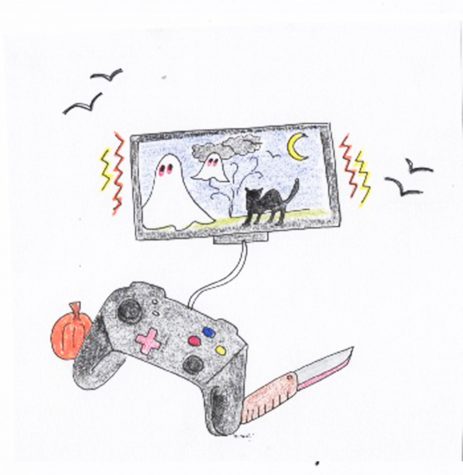 Monroe Cromis
Another year, another Halloween, another excuse to go home, shut off the lights, sit yourself down in front of your TV and break out some spooky video games.

You’ve just survived midterms, so why not subject yourself to more emotional terror?

Night in the Woods

Any game that earns 400 percent over its original Kickstarter goal is worthy of attention, especially if it’s a game as incredible as “Night in the Woods.” This story-driven exploration game is perfect for anyone who’s looking to avoid the gory, jumpscare-saturated games the horror market is flooded with.

You play as Mae, a college dropout who returns home to a dilapidated town and parents who do their best to mask their disappointment. Most of the game revolves around conversations with Mae’s old friends, though there is a central mystery to investigate between shoplifting minigames and discussing the nature of God.

This game has been praised for its vibrant and cartoonish art style. However, its style doesn’t give hints to the deep and difficult themes the game makes you confront, such as mental illness, depression and the economic decline of middle and lower classes.

With heartfelt writing and plenty of humor, “Night in the Woods” is a compelling and relatable adventure into what many college students fear: returning home, feeling directionless and alone.

The only thing scarier in a horror game than jumpscares and gore is a hand-delivered existential crisis and a conversation about whether or not you really matter in the grand scheme of the universe.

“Dead Space” is one of the most well-known survival horror games in recent-ish memory. You play as Isaac Clark, an engineer trying to fight his way through a mining ship infested with the reanimated corpses of his crew.

Some players say this game didn’t age well and that newer developments in the survival horror genre have since dethroned “Dead Space.” But I think that this game’s engaging story, stellar pacing, incredibly tantalizing worldbuilding and addicting combat marked the start of a great franchise that remains a worthwhile horror series.

With tense, fast-paced and extremely violent action, as well as spine-chilling atmospheric qualities that get under your skin and make you jump, this game is a must for horror superfans and newcomers alike.

While this game isn’t as scary as some of the other games on this list, and it’s not as survival-horror oriented as its predecessors in the “Bioshock” trilogy, this game is a personal favorite.

In “Bioshock Infinite” you play as Booker Dewitt, a private investigator, who has been sent to the airborne utopia of Colombia in search of Elizabeth, a girl who has been held captive there most of her life.

This single-player adventure is kept up by a compelling, intricate narrative direction and incredible character growth. On top of this, once you complete the game, you can play again in “1999 Mode.”

In this mode, enemies are much tougher and resources like health and ammo are few and far between. “Bioshock Infinite” pairs fun combat with a deeply, emotionally and intellectually difficult narrative in a manner that makes for an incredibly well-rounded game.

This game ticks a lot of boxes— puzzle-platformer, adventure, survival horror, etc. Each of the aforementioned themes come together to make a striking and compelling game.

You play as a hungry little girl named Six who is trapped in a mysterious vessel called the Maw, which is filled with sick and powerful creatures.

After waking up in the Maw’s lower depths, Six begins her escape, working to avoid various disturbing creatures — a blind Janitor, Twin Chefs, and the Lady, the Geisha-like leader of the Maw.

Not only are you fighting several monstrous enemies, but you’re also battling time and starvation. Six faces extreme bouts of ravenous hunger that seem to seriously diminish her bleak chances of escape. This adds an interesting new angle to the story, as well as to Six’s character.