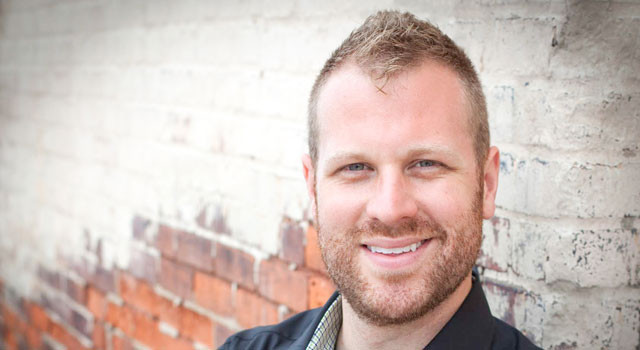 The leader behind the grant’s proposal and the vision it conveyed was DJ Hellerman, a curator and the director of exhibitions at Burlington City Arts.

The grant was provided by the Andy Warhol Foundation.

“I don’t think I ever made a choice to work in the arts, it was just always what I did,” Hellerman said. “I still don’t know what I want to do when I grow up.”

While two new exhibitions just opened at the BCA Center on Church Street, Hellerman said he is ready to put plans in motion and put the grant to use right away.

“In Motion,” a collection of abstract work from UVM alumni Ethan Bond-Watts and Nancy H. Tablin, opened  Jan. 30 and will be on display at the BCA Center until March 7.

“Our idea is exhibitions and artist residencies,” Hellerman said. “We’re bringing artists to Vermont to make and exhibit work. I want artists to be able to connect with the community. It’s just a better experience for the community when there’s a human being behind the object.”

“We’re exhibiting [the new work] and creating a community relationship,” he said. “The content is challenging, the work is challenging and then the way they’re presenting it to the public is challenging. That’s the edge. It’s taking things that are uncomfortable and unfamiliar and different, and really supporting them.”

While implementing the project has left Hellerman short on time, he said that is the fun part.

“We really wanted to get moving,” Hellerman said.

“[The staff is] lean. There’s no fat, there’s no extra help. We have volunteers and things, but we’re on all the time.”

Though this may sound like a stressful job to some, Hellerman said he remains driven.

“There’s always going to be a challenge,” he said.

“If there isn’t, we’re not doing what we said we’re going to be doing. We’re not pushing ourselves. When things get comfortable and easy, it’s probably because you’re not pushing hard enough.”

Hellerman said working in such a small place doesn’t limit BCA, the center makes room for new ideas and sends more out into the world.

This creates bigger opportunities that are larger than BCA,” Hellerman said.