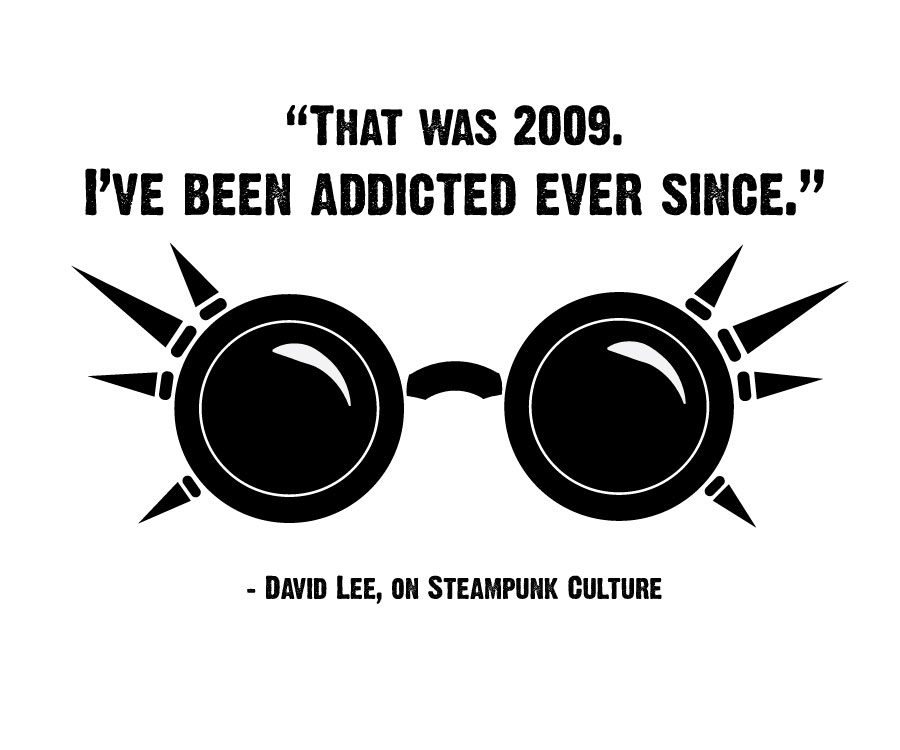 Dust off the old brass goggles and lace up those leather boots––the Vermont Steampunk Expo is coming to Burlington.

The expo, which starts this Saturday, will feature vendors, live music and a wide array of panels focused on steampunk, a genre of Victorian-inspired science fiction and alternate history.

According to the Steampunk Society of Vermont’s website, steampunk imagines a futuristic Victorian age with steam or gear powered technology. The movement initially focused on literature, but soon expanded to include fashion, engineering, music and art.

“The ‘punk’ in steampunk comes from engaging in the unconventional through creativity and declaring ones individuality by means of fashion, style, art or attitude,” the website states.

The expo plans to highlight this range of interest.

Jeffrey Folb, an event organizer, stressed that the expo will be “a little bit of everything,” including over 37 workshops and panels for guests to choose from.

According to Folb, these workshops range from “Steampunk 101” to constructing intricate steampunk costumes and machinery.

He said the workshops will bring together authors––aspiring and professional––to discuss steampunk literature.

Discussions of multiculturalism will also be at the forefront, Folb said.

Folb is the owner of Vermont Gatherings, a company which organized the expo, best known for the renaissance fairs that it hosts.

Folb said that most of their events, and fan conventions in general, tend to focus on vendors and entertainment. Because many steampunk fans are themselves artists, however, they will be given greater priority at the expo through the panels and workshops.

One of these creators is David Lee, principal artist of Hatton Cross Steampunk.

Hatton Cross is an arts collective centered around a love for steampunk, according to their Facebook page.

Lee explained that he first became interested in steampunk after his wife’s dance studio hosted a group that encouraged attendees to come dressed in steampunk attire. After some research, he became a fan.

Lee feels that steampunk came to him at the “perfect time” of his life, saying that the genre was key to helping him find strong female role models for his young daughter.

To Lee, an important part of this is the influence of interpreting and re-imagining how the Victorians saw the future.

“They envisioned a better world,” Lee said, citing the industrial revolution and the expansion of the women’s rights movements.

Lee noted that this goes along with steampunk’s message of disobedience.

“There’s the punk aspect of it. The almost mandatory rebellion against the way that things are,” he said.

This leaves room for those who are often ignored or mistreated in mainstream literature, such as women and minorities, to be protagonists, Lee said. He pointed out that it’s a chance to imagine a history where these groups had more freedom and opportunities.

“In steampunk, not only can it happen, but it should happen,” Lee said. “You should be encouraged to rebel.”