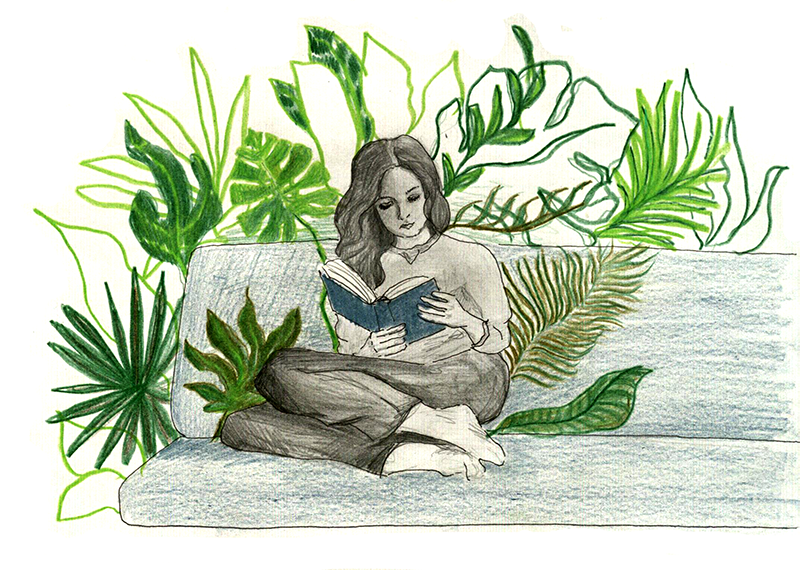 During winter break, members of the UVM community spent their time catching up on good books. While your course work is light, head to the library to check out some of these recommendations.

Although college students and professors have plenty of assigned reading during the semester, 83 percent of 18 to 29 year-olds are likely to read for pleasure in their free time, according to the Pew Research Center.

Senior Verena Nelson recommended “How Emotions are Made: The Secret Life of the Brain” by renowned psychologist Lisa Feldman Barrett.

The psychology book explores Barrett’s new theory about how emotions are constructed through experiences and culture and claims that they are not universally expressed reactions, according to her website.

“I recommend this book to any psychology or neuroscience student, but also anyone interested in how the brain works,” Nelson said.

She said she read “Big Little Lies” by Liane Moriarty over break. The novel is about three very different women with school-aged children whose paths cross in the aftermath of a murder.

Although published in 2014, “Big Little Lies” was recently turned into an award-winning TV series for HBO. Stern cited the TV series as her inspiration for reading the book.

“The book has a sense of female empowerment, so definitely women would like it, but it also has a sense of mystery, so it keeps you going,” she said.

Reese Witherspoon, who acts in the novel’s TV adaptation, helped promote the book through her book club, according to a Mar. 2017 USA Today article. “Big Little Lies” has since spent over 90 weeks on the USA Today bestseller list.

Theatre department chair Gregory Ramos read the novel “Call Me by Your Name” by André Aciman.

The novel is the story of an intimate relationship that blossoms between a teenager and a graduate student in his mid-twenties in Italy, Ramos said.

“Call Me By Your Name” was adapted into a critically acclaimed film in Nov. 2017, and has been nominated for numerous awards including three Golden Globes, according to IMDb.

The weather will remain snowy and frigid for many more months, giving students and faculty a good excuse to stay indoors and cozy up with a book for pleasure.