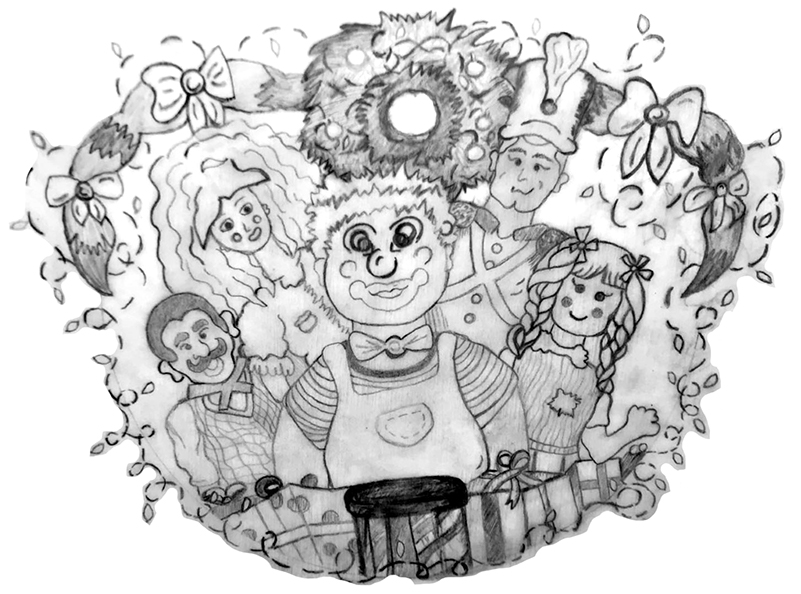 For the past quarter century, a Christmas play has become a tradition for Burlington’s residents and students alike.

The UVM theater department will hold its 25th annual performance Patricia Clapp’s ‘The Toys Take Over Christmas’ Dec. 2 and Dec. 3 at the Royall Tyler Theatre.

The play is written for children, according to Dramatic Publishing.

The show tells the story of a magic toymaker who creates toys that can walk and talk, but he’s too proud of his toys to give them away to children.

The toys later decide that they want to be Christmas presents and rebel against their creator.

Each year, senior theater majors have the opportunity to apply for the role of director.

Applicants submit a proposal outlining their vision for the year’s production, their directing qualifications and why they want to direct the show.

The proposal is considered by the chair of the theatre department and the rest of the faculty.

This years director is Oak Horton.

“I have acted in Toys twice, and choreographed the dances three times,” Horton said.

Ever since they were in the show for the first time in 2013, they knew they wanted to direct it.

“I just fell in love with the magic around Toys,” they said.

The traditional aspect of Toys runs deep throughout the production, Horton said.

“Some people, including one of our assistant stage managers, first-year Julia Sioss, have seen Toys every year since she was a baby and is now working on it,” Horton said.

“It’s amazing that I can be a part of such a wonderful childhood memory.”

The play serves as a chance for students to connect with Burlington’s other residents, said first-year Katie Baum.

“It’s awesome that UVM has such a strong connection to our local community,” she said. “A tradition like this is really cool to me. When I was little Christmas was a big deal to me. It still is.”

Horton said they are most excited to see children’s reactions to the excitement of the upcoming production. “It’s so wholesome and heartwarming to see such innocent joy from so many people,” they said.