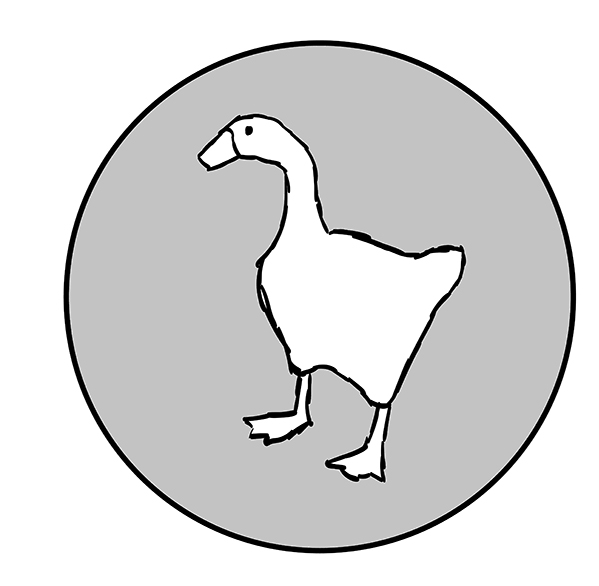 The months leading up to winter are some of the best when it comes to massive video game releases.

Just take a look at the high profile games that have hit the stands in recent weeks: “Borderlands 3,” “The Outer Worlds” and “Gears 5,” to name a few.

However, one recently released game trumps the rest in its ability to leave players completely engrossed in the plot and charmed by its art style.

You just happen to be playing as a goose in it.

Released Sept. 20, “Untitled Goose Game” is a puzzle game that tells the tale of a goose’s comedic and disorderly romp through a quiet English town.

Playing as the goose, your mission is to wreak havoc on the village, using only your beak, your honk and your own two wings.

Am I about to argue that a game about the deeds of a chaotic and evil goose surpasses astronomically high-budget games from critically acclaimed developers? Kinda, yeah.

There are a lot of things that make this game so amazing. What is probably most notable is that every single mechanic acts not only as a way to progress in the game but for players to help set up and execute their own punchlines.

Though the idea of messing around as a goose is in and of itself hilarious to me, the game’s humor comes from the sheer possibilities of what the player is allowed to do.

It puts the responsibility for creating the kind of comedy players want to see into their own hands.

Want to stealth around and steal from the villagers as covertly as a goose physically can? Awesome. Rather terrorize the town, untie shoelaces, break fences and get on tv? That works too.

The game never forces jokes your way or has you sit through cut scenes that would do better as a late-night comedy set.

Instead, players interact with the environment and the non-playable characters, the village’s residents, in order to work through their to-do list: a collection of pranks that they are solely responsible for setting up, executing and escaping from.

In a lot of other games with comedic elements, players are led by the hand and shown what they’re supposed to laugh at.

And don’t get me wrong, these games can be funny and successful, but “Untitled Goose Game” lets players experience the comedy instead of just watching it from the sidelines. This sets it apart.

The majority of what’s funny about “Untitled Goose Game”, aside from the delightful soundtrack and the endearing art style, comes from what the player gets to make happen, and the multitude of different ways they can work through their list.

I am impatient and only possess about three brain cells on a good day. But I do truly love this game, puzzles and all.

“Untitled Goose Game” doesn’t make the puzzles easier, but there are no frustrating failure screens. Everything you need to get to the answer is delivered via interactions with the villagers and the world around you.

This makes the payoff of every joke and every solution to the items on your to-do list so, so satisfying.

If I had to complain about anything, it would be the length. Clocking in at about five hours, the game is a pleasant little adventure.  I was left wanting more.

The game is so charming that I wish I could have experienced it for the first time just a little longer.

The manner in which “Untitled Goose Game” lets the player take the lead and explore the comedic possibilities of the world around them makes this silly and destructive avian romp one of my favorite games of the year.