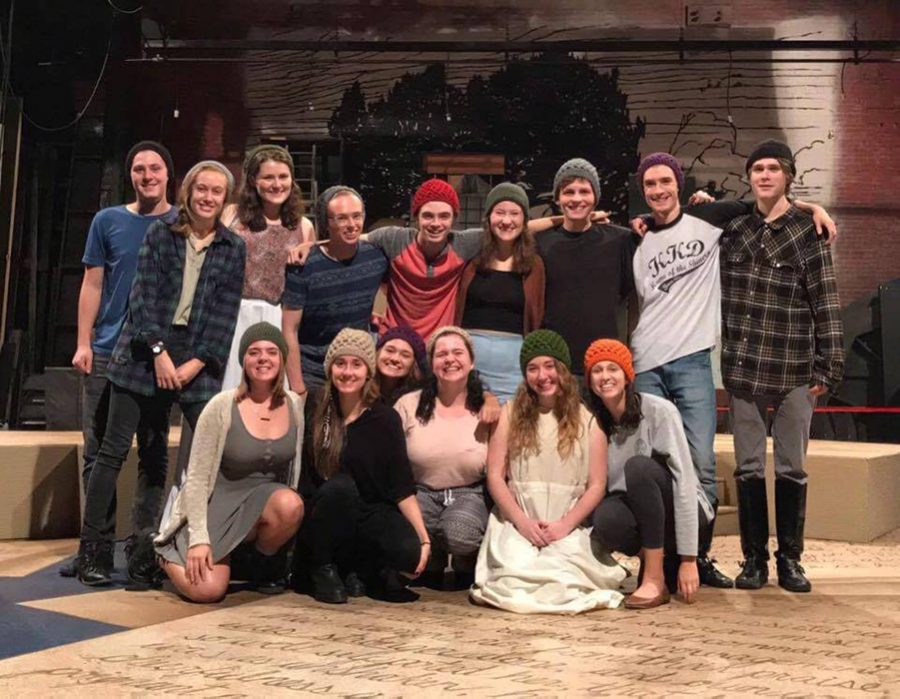 An adaptation of Jane Austen’s acclaimed novel “Sense and Sensibility” is hitting the Royall Tyler Theater stage next week.

The play, adapted by playwright Kate Hamill and directed at UVM by Natalie Battistone, tackles themes of love and devotion.

Hamill transformed the famously dense novel into a dynamic, quick and enjoyable stage production. The cast of 11 students has been rehearsing for a little over a month and will debut Nov. 8.

“Sense and Sensibility” is the second of four theater department productions this academic year, following “The Exonerated” and preceding “The Toys Take Over Christmas” and “Peter and the Starcatcher.”

Sophomore Thomas Rattigan plays John Willoughby, the woo-er of Marianne Dashwood, one of the main characters. He acted in last year’s productions of “Dracula” and “Spring Awakening.”
“There are a lot of characters [in this play],” Rattigan said. “There are a lot of things to keep track of.”

In the adapted play, Hamill maintained the integrity of the original work by adding the characters of gossips. These are “background characters who take lines from the story that are important, but it doesn’t really matter who says them,” Rattigan said.

Though a relatively light play, the production deals with something not widely discussed in the 18th century: mental illness.

In a world where mental illness was little understood or even tolerated, Battistone and the cast decided to give special emphasis on something that shouldn’t be taboo and should be talked about, Rattigan said.

“There’s a specific scene in which we’ve just transformed [entirely] into movement,” Rattigan said. “There’s no talking – it’s just music and movement – and it’s really intense but I think it shows how mental illness manifests in the mind really well.”

Though the casts for “Toys Take Over Christmas” and “Peter and the Starcatcher” have already been chosen, those who want to participate next year should not hesitate, he said.

“It is a time commitment, but it’s very easy to audition, very accepting and they’ll try to help you,” Rattigan said.