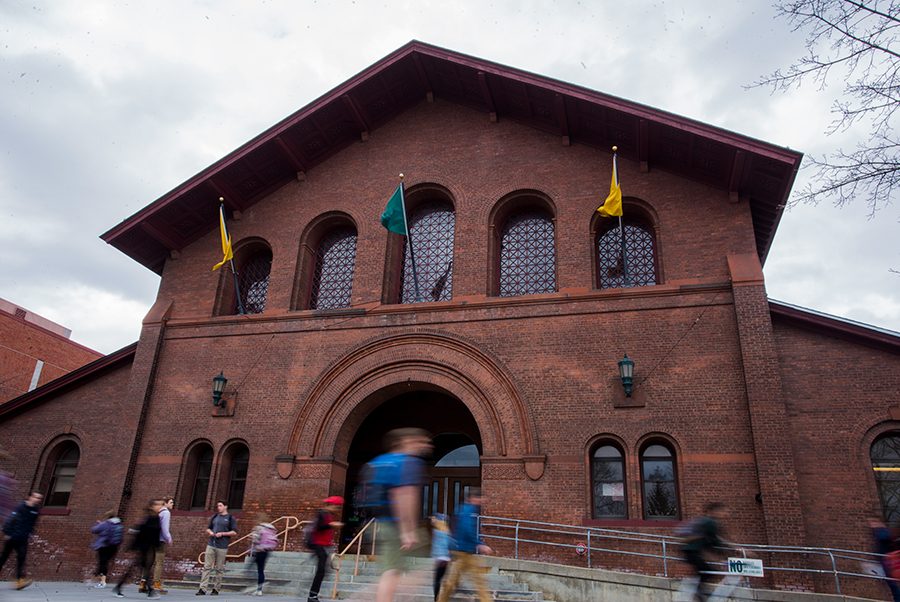 The UVM Theatre Department will open its spring semester show “Peter and the Starcatcher” Feb. 22 in the Royall Tyler Theatre.

Ever wondered how Peter Pan came to be? How Tinkerbell got her pixie dust? How Captain Hook became the marauding pirate we know today?

“Peter and the Starcatcher,” the Tony Award- winning prequel to Peter Pan, hits the UVM stage Thursday, Feb. 22. Written by Rick Elice and Wayne Barker, this show details how an unknown orphan became the Peter Pan audiences know and love.

The play is an adaptation of Dave Barry and Ridley Pearson’s best-selling novel of the same name, according to Music Theatre International. The first book in the series was published in 2004.

“Peter and the Starcatcher” was re-imagined for the stage in 2009.

This show pays homage to Peter Pan’s life before he turned into the recognizable character. Viewers will gain insight and background about the boy who stays a child forever.

The cast of 15 students has been working for five weeks to bring this production to life.

“Peter and the Starcatcher” is an ensemble-based show and the majority of the cast’s rehearsals have been spent developing the group dynamic, director Sarah Carleton said.

Carleton has taken a new approach to this show. She called   it “bare bones” or “story theatre.”

“Story theatre” is a technique of drama wherein a story is performed by a group of actors who play multiple roles as well as narrate, she said.

“Everyone plays everything from doors, to trees, to a storm,” Carleton said.

Carleton is using “found objects” such as sticks and ropes as props for the show. She said that they tug at the imaginative child inside us all.

People should come to the show because it has a vast range of characters from all walks of life, she said.

There are little kids, brutish pirates and fancy aristocrats that will be relatable to everyone.

“People know about Peter Pan, but this is a fun way of learning who the characters are and where they came from, and how they became who they are,” Carleton said.

UVM’s production of the play will be both very funny and very beautiful she said.

“What I love about the play is that it’s a true ensemble, everyone’s on stage, and everyone supports everyone in the storytelling,” Carleton said.

The play brings up themes that are bigger than the individual; it really showcases community, said senior Samantha Lavertue, the show’s marketing coordinator.

Lavertue has been involved in other UVM theatre productions. Last year, she helped build the “Spring Awakening” set, she said.

“I love how it resurrects the mystery and adventure of the Disney Peter Pan story,” Lavertue said. “I think it’s going to be a hit.”