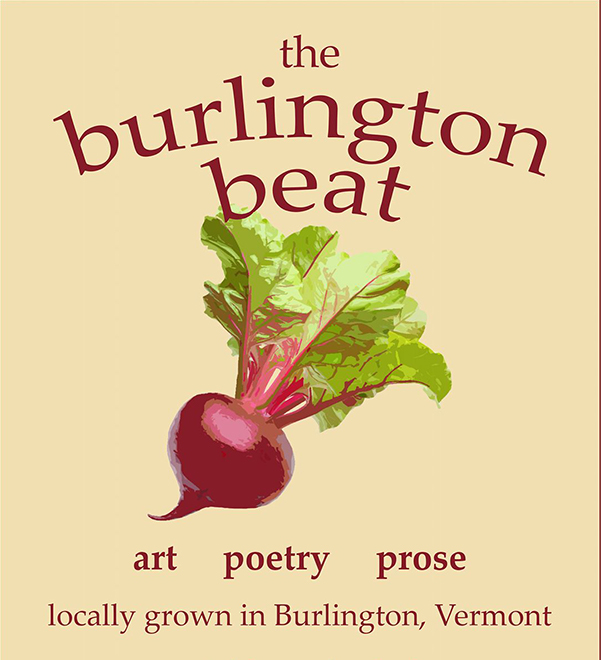 After unfurling the plaid scarf from around her neck, Annie Clymer sat down at a rickety, wooden table inside Muddy Waters.

She clutched her glass of fresh-pressed juice in two hands, and smiled as she began to speak of her latest artistic endeavor.

Clymer is the editor and founder of The Burlington Beat, an online literary-arts magazine where she publishes creative works from the Burlington community.

Since starting the magazine six months ago, she has published two issues on a website she designed herself.

“I wanted to create the kind of magazine I would want to be published in,” she said.

Originally from Connecticut, Clymer graduated with a writing degree from Champlain College in 2015.

She now works several miscellaneous writing-related jobs, including one at a local bookstore.

“I am surrounded by the written word all day,” she said. “I can’t not bring it home with me.”

The Burlington Beat is an attempt to celebrate the town’s uniqueness, Clymer said.

“I have friends in New York City who say that the city imposes on them a pressure to find a rigorous career,” she said, “but in Burlington, people care less about what you do for work, and more about the cool, creative thing you do.”

For the magazine’s first issue, released online in August, Clymer received more than thirty submissions of poetry, prose and artwork.

“I was overwhelmed and surprised by the amount I received,” she said.

The submissions came from artists of a diverse range of ages. Both career artists and 16 year-old high school students have submitted to the magazine, Clymer said.

“I decided to submit my work to The Burlington Beat because it is popular around town, and a great outlet for me to put my work and name out there,” Marcel Etienne said.

Etienne, who graduated from UVM in 2016 with a degree in Studio Art, had several of his vibrant watercolor paintings published online in The Burlington Beat’s October issue.

“I also think it’s important for local artists to be involved in the community,” he said.

Clymer promotes the magazine in a variety of ways. She placed an ad for submissions in the “Call to Artists” section of Seven Days, on CraigsList and on posters in several spaces around town, she said.

“My mom has also been sharing it with everyone she knows,” Clymer said, laughing. “She is my biggest supporter.”

“I like the idea of the theme for each edition being somewhat seasonal,” she said, and “Stranger” went well with the spookiness of Halloween.

Clymer’s only concrete criteria for a work’s publication is that the poem or prose must be readable, with no grammar mistakes. She does not edit submissions, she said.

“I believe that if you are from the area, and are creating something that’s done well, it deserves to be on a public platform,” Clymer said.

Clymer hopes to someday find the funding to create a print edition of the magazine. She also hopes to host an event where the published artists and writers can come together.

“Expect to see some changes this spring,” she said.

View the magazine online at burlingtonbeat.com