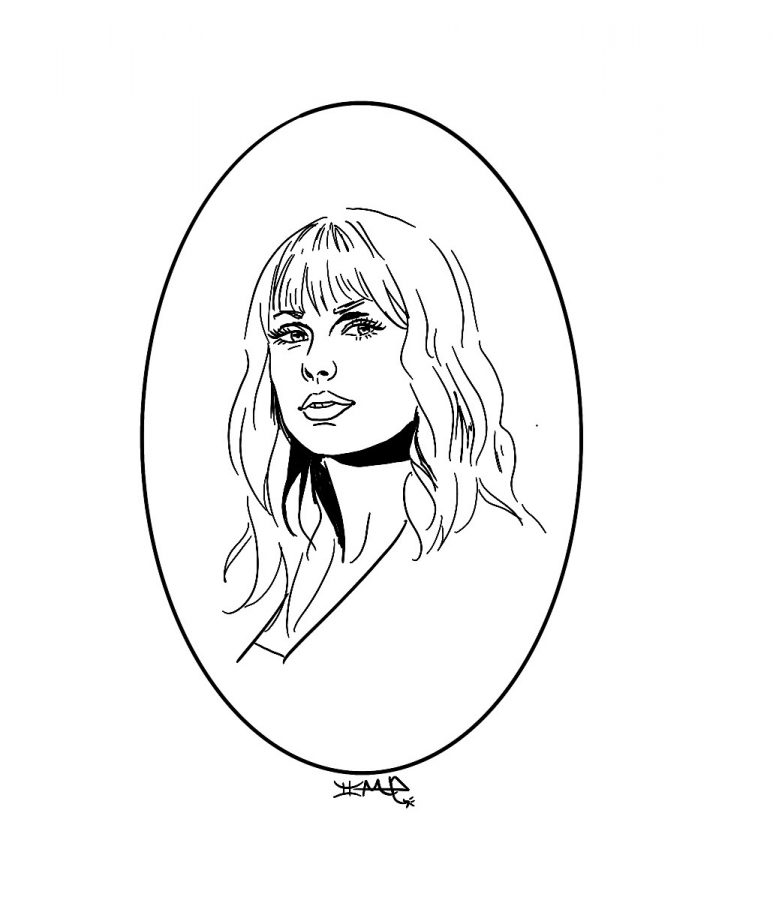 In late July, I heard  that Taylor Swift was releasing a surprise double album called “folklore,” a dreamy indie record with a black-and-white album cover showing a whimsical treeline. It set my teeth on edge.

“folklore” is Swift’s eighth studio album that was mostly written and recorded during the pandemic. It is a follow up to last summer’s “Lover,” a vivacious return to pop-form after 2017’s “Reputation,” a tried hand at trap and R&B.

The lead single is “cardigan.” A hookless, lo-fi effort that drifts along and fades away quickly into the back of your mind, trickling slowly and leaving a lot to be desired from Aaron Dessner and Jack Antonoff’s production.

“cardigan” is exemplary of Swift’s shallow lyricism on the record and is characterized by a flat simile. She sings “I felt like I was an old cardigan/under someone’s bed.”

The entire record drifts along like this, predictable and unremarkable, and its sixteen song tracklist makes this project a somewhat fruitless listen. In fact, waiting for something, anything to reach and grab you on this record is quite the anxious task.

I was not so much surprised by this release, as much as I did not understand why one of the biggest pop stars in the world would shift gears like this.

“Lover” and “Reputation” were a lot of things, but they were not boring. I am obviously no Swiftie, but I can admit that songs like “London Boy” or “Better than Revenge” cook and catch you, corny lyrics aside.

The leaps Swift made from country to pop to trap to pop again and finally to alternative production shows that she is simply focused on what is popular and what is commercial. “folklore” is a jewel in Swift’s crown of inauthenticity.

You can practically smell the months of market research that precedes a new Taylor Swift album cycle, gauging the culture for popular or new music industry trends and naturally, she just adopts them and capitalizes on them.

But Swift has never pioneered any genre. Her music falls short of the emotional grit and willingness to experiment which diminishes her appeals to artists that invented or refined modern pop, R&B, or alternative music.

“folklore” is a shockingly good yardstick for this theory. It sounds like she heard “we fell in love in october” by girl in red and thought, “Oh, I can do that!”

This brings us to Swift’s queerbaiting on “folklore.”

Swift is not shy about using the language of social justice for her personal gain, and even went as far as using queer people as props of sorts in her music video for last album’s “You Need to Calm Down,” which features LGBTQ pop-culture staples like Haley Kiyoko, Adam Lambert, Laverne Cox and more.

She dances around them in a whirl of glitter and rainbows, singing “Shade never made anyone less gay.”

In the last year, folksy lesbian dream-pop has taken hold in the mainstream. Artists like Phoebe Bridgers, Clairo and girl in red are writing about their experiences as queer girls and gaining traction.

“folklore” is an obvious appeal to this yearning, woodsy, cottagecore vibe.

“betty” is one of the closing tracks on “folklore,” and has been called “queer-canon” by everyone from Twitter users and professional critics, despite the fact that it portrays a heterosexual relationship with Swift singing from the male’s perspective.

Remember on her first record when she sung “Tell all your friends I’m crazy/that’s fine, I’ll tell mine you’re gay” on “Picture to Burn”? Being gay was not so cool to Swift when she was trying to appeal to a demographic of country fans. Now she’s suddenly queen queer?

Queerness is counterculture and Taylor Swift is the definition of establishment. The entire tone and tenor of “folklore” feels like she’s toying with queerness, throwing it at the wall and seeing if it sticks.

I don’t mean to thrust a label on Swift, but as a queer consumer of pop-culture, this incarnation feels like a way to capitalize on the thematic concepts that were popularized by other artists without any personal risk that is tied to identity.

Swift’s watered-down, radio palatable reworkings of other music styles is not cutting it for me anymore. I am ready to see Taylor Swift evolve and write critically and compellingly from her own perspective.

“folklore” was ultimately a disappointment, and we can only hope that she will find her footing as an artist in the album cycles to come.