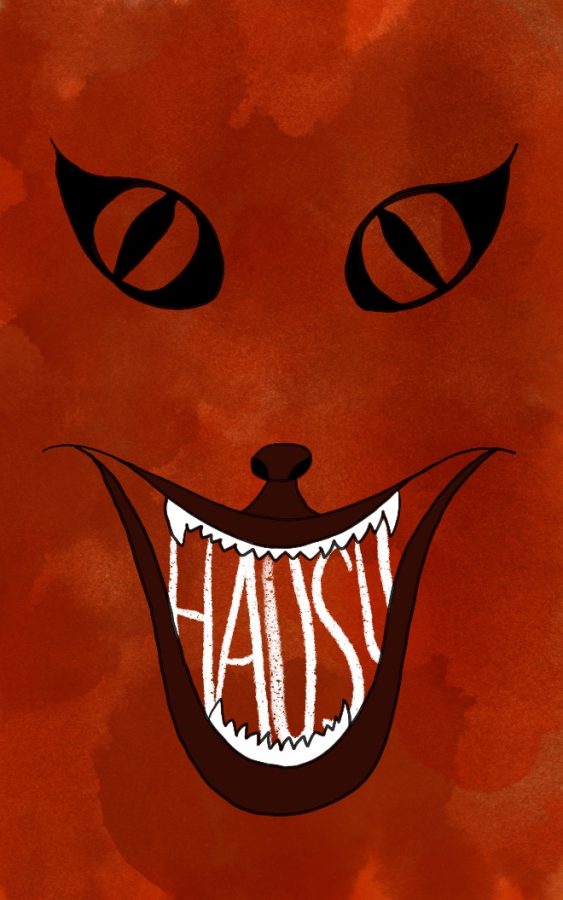 Every Halloween season demands a horror/thriller movie on a cold and dark fall night with some warm popcorn on a cozy couch.

But, maybe you’ve seen all of the classics from “Nosferatu” to “Get Out” and you’re looking for something new this season.

Some of my favorite scary movies come from Japan. “Kwaidan”, “Audition” and “Kuroneko” are some great ones to check out. Confession: “Kuroneko” was so frightening that I had to watch it in parts. However, the scary movie I love the most is called “House,” or “Hausu”.

“Hausu” is a psychedelic horror/comedy about seven friends who visit an aunt in the countryside. While they are there, supernatural events begin to occur immediately, including a possessed cat, a dancing skeleton, a floating head, and an odd obsession with watermelons.

Gorgeous, and her high school friends, all named for their supposed qualities: Sweet, Kung Fu, Mac, Prof, Fantasy and Melody. The group decides to go visit Gorgeous’s aunt after an unsettling encounter with Gorgeous’s father and new stepmother.

On the ride there, everything is great. It isn’t until they step into the house that they enter an environment filled with absurdity and evil, with events taking the girls one by one, each more interesting than the last.

This 1977 cult-classic has so many memorable scenes in it that are somehow both laugh-out-loud funny and traumatic at the same time.

Just by watching the YouTube trailer, you can understand the overall tone. You can’t doubt its creativity.

From the start, the movie explores and experiments with unique editing, including animations within the live-action scene. The music, performed by rock band Godiego, seems hilariously inappropriate at times, yet works as part of the overall feeling of fear and confusion.

That being said, the movie is more entertaining than confusing.

There is a gentle interlude throughout that runs in and out of the film. However, by the end, the interlude becomes haunting. In one scene, Melody is playing the song on the piano and the piano takes over and eats her like it’s a giant mouth, leaving nothing but her severed fingers still playing.

The film is colorful and intentionally artificial as if it is emulating a dream – or a nightmare for that matter. In fact, the director, Nobuhiko Obayashi used his young daughter’s imaginative dreams to write this film.

Obayashi, who passed away earlier this year, was a popular advertisement director in Japan, with little motion-picture experience. When Toho studios couldn’t find a director for a script meant to compete with “Jaws”, they chose him, and Obayashi definitely made this project his own.

While many might say that the playful and zany gore may be too unrealistic to be scary, I felt that the artificial dreamlike insanity was more frightening than anything so-called ‘realistic’.

Plus, movies are all unrealistic and what may make something really scary is just its unpredictableness as opposed to its believability. Like, why doesn’t it make sense? What’s scary is mostly subjective.

However, its content isn’t anything more than a child’s nightmare or fable. At the very end, there are some images that make you feel like you are in a fever dream.

If cinema can be that powerful to captivate you in a world so far out of reality, then I believe that is a part of an artist’s success.

“Hausu” is so quotable and a perfect Halloween movie to watch with a group of friends.

I walked away from the film the first time wondering, “Was that really good, or was it really bad? Did Obayashi want to critique ‘70’s horror genre, or just want to have fun?”

After thinking about it for a bit, I realized I loved it. It was just so unique! A powerfully completed vision from Obayashi, or just plain nonsense, either way, it made me happy.

This Halloween season, check out “Hausu” at the Howe Library Media Desk, or you can rent it from Amazon or Apple TV on some spooky dark night with some friends. No matter your opinion at the end, I guarantee you will still have had a super fun time watching.

One of my friends even cried at the end. He didn’t even know why.