A conversation with counselor Keith Smith 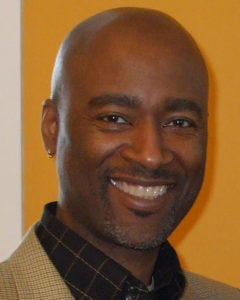 Keith Smith, a UVM psychiatric counselor, sat in a chair in his Jacobs House office, surrounded by psychology textbooks and house plants.

Smith serves as the the Men’s Outreach Coordinator and a counselor at UVM.

Alongside these duties, he advises the 1 in 4 sexual assault peer education group, which teaches men how to intervene in cases of sexual assault and how to support those who have been assaulted.

He was living in New York when he decided it was time to turn his passion for counseling into a career, Smith said.

Upon completion of his degree, he began working with men accused of sexual misconduct in the Burlington community who were in need of emotional support during the judicial process, Smith said.

“It offered an opportunity to provide some education around some of the attitudes, beliefs and cultural dynamics that contribute to men being violent,” he said.

When a position opened up at CAPS, the role of men’s outreach coordinator was born.

Men typically don’t show the same signs of depression as women, often acting out or appearing careless rather than closed off, he said.

The position initially received a lot of pushback from the community because of the attitude toward men and their privilege in relation to violence and sexual assault, Smith said.

“There was a lot anger in the culture, and there still is, at men in these issues,” he said.

Ten years after the position was created, he continues to pursue his mission to change the narrative of men and violence, Smith said.

“Traditionally in our culture, we think of men as rapists,” he said. “[1 in 4] seeks to draw men in and get them to be part of the solution.”

Project Discovery, a course taken as an alternative to suspension due to misconduct, is co-facilitated by Smith.

The semester-long program seeks to increase participants’ awareness of their gender role in society, masculinity, substance abuse and violence prevention, according to the Center for Wellbeing’s website.

Tyler Gordon, a UVM sophomore and graduate of Project Discovery, said Smith and the course helped change his worldview.

“I went in with no idea about my masculinity or why I had been making those decisions,” Gordon said. “When we worked through it all, I totally had a different perspective on everything.”

Similar to Smith’s position at UVM, the course has been met with conflict.

David Waller, a senior and former president of 1 in 4, said he sees the pros and cons of such a program, but has a very low tolerance for offenders.

The key is to focus on prevention, and the presentations given by Smith and 1 in 4 helps to educate others, Waller said.