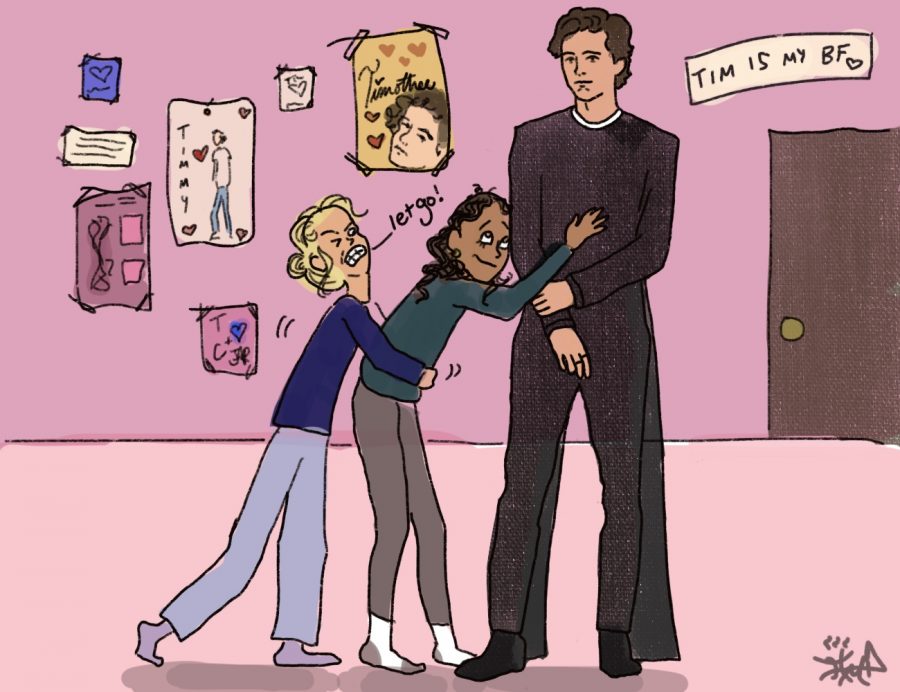 You’ve probably seen the phrase “parasocial relationship” if you’ve spent time on the internet in the past few weeks.

This term describes the psychological relationship that pop culture fans often have with celebrities. Followers feel a sort of companionship with these stars, but it’s a one-sided affair because the celebrity will most likely never know who the fan even is.

Many fans were upset about the news, seeing as Mulaney had announced his divorce from his wife of seven years, whom he discussed frequently in his comedy acts, just a few weeks prior to the baby news.

The tale of infidelity was a stark contrast from the wholesome “wife guy” image Mulaney built up for the better part of a decade.

The drama with Mulaney is not an isolated incident. From Chris Pratt’s love of hunting to Nicki Minaj’s anti-vax views, many celebrities have caused uproar among their fans for disrupting the persona they have so carefully curated.

For many people, celebrities stepping out of their usual persona can feel just as awful as a friend betraying your trust. Some might think that parasocial relationships are a strange and unnatural phenomenon, but in reality they’ve been recognized by psychologists for at least a half century.

The term parasocial relationship was coined by social scientists Donald Horton and R. Richard Wohl in the 1950s in their essay “Mass Communication and Para-Social Interaction: Observations on Intimacy at a Distance.” However, the idea of being interested in the happenings of other people’s lives goes back much, much further.

“[Celebrity obsession] is in fact nothing more than the inevitable outcome of the collision between 21st-century media and Stone Age minds,” McAndrew said in the article.

Basically, parasocial relationships are not a new phenomenon. In fact, they predate modern celebrity culture and global pop culture commentary.

One Beatles superfan, Jan Myers, once crawled through the sewer under Abbey Road just so she could hear the band recording through the floorboards, according to a September 2013 Guardian article.

Nowadays, we don’t have to go to great lengths to access our favorite celebrities. In the age of social media, it is easier than ever to know everything we’ve ever wanted to know about them.

Just from scrolling through Twitter for 10 minutes, you can see what Chrissy Tiegen had for dinner last night, what Katy Perry is up to on her Hawaii vacation and what type of workout Dwayne “The Rock” Johnson is doing this afternoon.

So, before you scoff at the fact that people used to crawl through the sewers for the Beatles, think about what you might be doing if you couldn’t stalk Timothee Chalamet’s Instagram feed at 2 a.m.

People within the media industry recognize and foster this new dynamic between celebrities and fans, said Helen Morgan Parmett, a Film and Television Studies professor at UVM.

“I do think that the industry, especially interactive social media, definitely encourages parasocial relationships,” Parmett said. “Social media influencers are really encouraged to create these kinds of authentic senses of intimacy on their social media.”

It’s crucial to recognize the celebrity images seen online are highly curated, and may not be reflective of who these people really are.

Feeling a kinship with a celebrity’s persona is normal and nothing to be ashamed of, but remember that it’s still just that: a persona.