‘The Neon Lounge’ showcases the best and worst of house 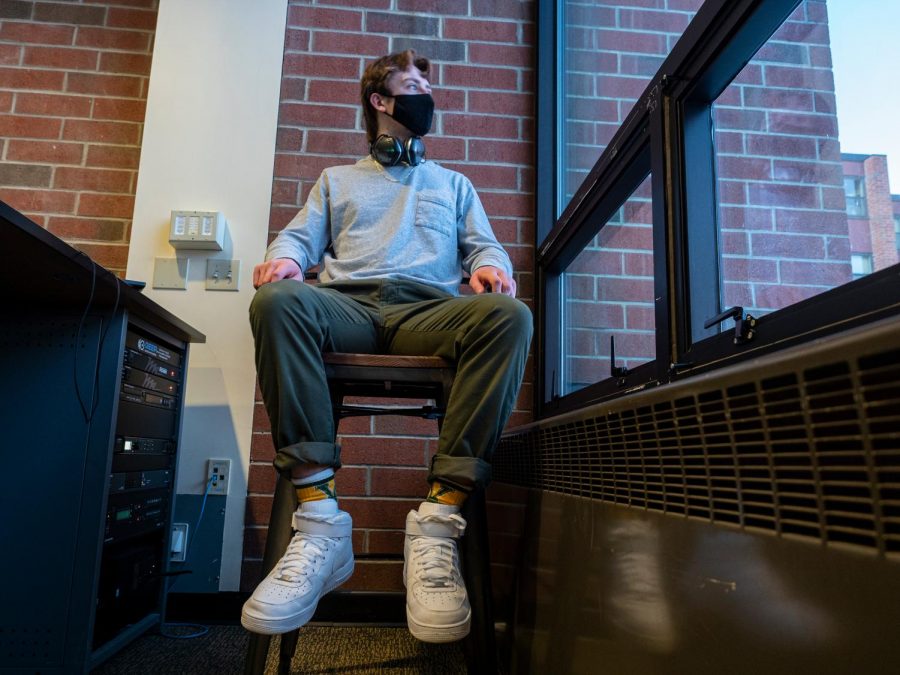 Releasing an album during the waves of COVID-19 is no easy feat, especially for a house artist. The genre can often be conflated with background music and it has chained itself down to the club scene.

These plagues have led to the downfall of house and the adoption of some of the worst cliches in music. From the blasted synths of dubstep to the lack of syncopated rhythms in it’s drum and bass.

House has undoubtedly fought battles against notions that it lacks artistic integrity, manifesting in the creation of “Intelligent Dance Music.” This type of house music is focused on creating complex rhythms and interesting soundscapes which lift strong melodies to the forefront of the listeners mind.

During COVID-19 especially, house musicians will need to focus on the more in-depth experience of IDM while still retaining the appeal of mainstream house music. Student musician Matthew Fischer a.k.a. MENDICA will have to balance these problems in his new album “The Neon Lounge.”

In Fischer’s Instagram post about the album, he characterized “The Neon Lounge” as, a place “where people like me go to escape.” Especially during COVID, everyone can relate to this album and fully engage with the music.

Keeping the current state of house music in mind, Fischer’s album should be able to enthrall us with the potential depth of the genre.

The opening track, “An Alleyway in Minato,” seems to rely on some of the common cliches of house music. Its muted bass and floaty pianos make the song feel drab and the common background to any dancefloor.

This track could be Fischer’s appeal to the album’s motifs of loneliness, but it ends up conveying boredom more than anything else. There are sections of nuance and atmosphere that take their place within the song, but they are few and far between.

While this song is only the opening to the album, it fails to grab my attention and bring me into the midst of the record. What the song accomplishes feels like an elevator ride to the greater heights of Fischer’s potential.

Other songs like “What’s the Time?” also miss the mark on the unique possibilities of house music. In the first 30 seconds, the build-up towards the chorus is amazing, with a great lead-in by the synth’s melody.

However, the dubstep-like synths of the chorus repeat in a predictable series of chord changes, and its repetitive nature ends up getting stale. I can imagine the song being perfect for a party, but not direct listening.

Regardless of some problems in the first few tracks, there are some major highlights to be found on “The Neon Lounge.” Shortly after the halfway point of the record, the song “Emotion” truly exemplifies the strengths of house music.

After listening to “Emotion” the melody is ingrained into my consciousness and Fischer’s beautiful sampling brings the track alive for the listener. The driving bass and high hats only further accentuate the melody’s majesty over the vast chords that stretch beneath the chorus.

Aside from the chorus, the verses are filled with spacy chords that set the foreground for the melody to take center stage. Everything in this track builds upon each other and every detail is given depth through the track’s arrangement.

Another song that sticks in my mind is the closing track “How Long Have I Been Gone?” The rapid drums contrast perfectly with the glistening pianos as the chords double up with the high-speed nature of the song. It feels like driving down a speeding highway as the lights of the city pass behind you.

MENDICA’s “The Neon Lounge” is an album that has a lot of intricate soundscapes and infectious melodies, but still engages with the cliches that add to house music’s problems.

That being said, especially during COVID, the album can engage the in-depth listener and add to the artistic capabilities of house music.