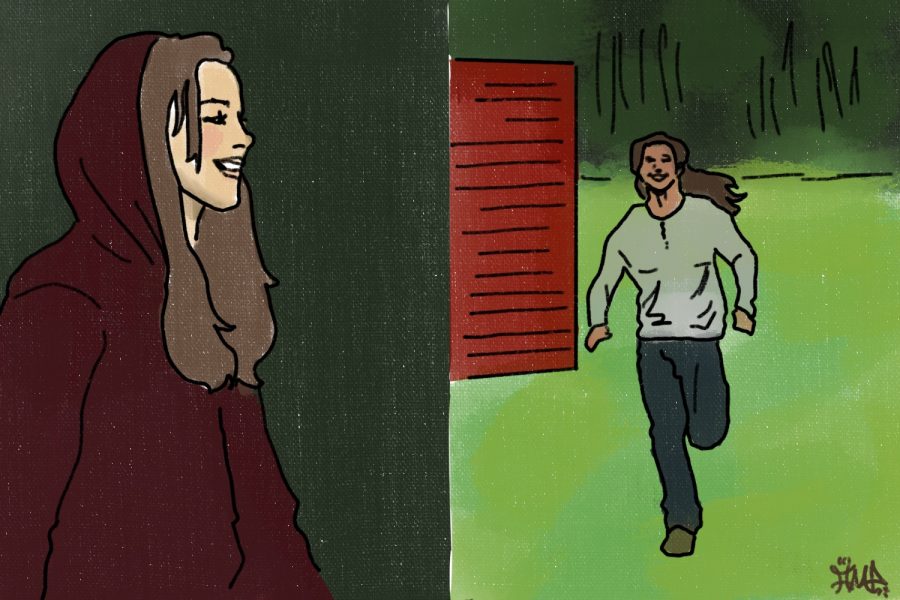 There are certain movies that society deems timeless classics. “Twilight” is neither timeless nor classic, but that might be why we love it so much.

The first installment in the four-book series and five film franchise was released in 2005 by Stephenie Meyer, just three years after I was born. The series centers around brooding teenager Bella Swan and her love interests – who happen to be vampires and werewolves.

The first film, directed by Catherine Hardwick, was released in 2008. It set the world into a frenzy, grossing 70 million on its opening weekend, according to IMDb.

I basically missed out on the first wave of the Twilight craze, but I couldn’t escape the sheer influence it has on society as a whole. More than 10 years later, it seems that I still can’t evade its significance.

In late July, the entire “Twilight” series was added to Netflix. After their addition, the movies occupied all top five spots among Netflix’s most-watched films, according to a July 21 Forbes Magazine article.

When I started rewatching the “Twilight” films this summer, I settled in for some fun, as my favorite pastime is watching bad movies and ripping them apart.

What I found in my viewing is that they were bad, incredibly so, yet I was extremely invested in them. It is the bizarre essence of it all that makes us so.

For example, in “Twilight’s” sequel, “New Moon,” Edward breaks up with Bella in the woods and she tries to find her way out for approximately three minutes before giving up and taking a nap in moss.

These incredibly questionable aspects are what makes these movies fun to watch – they’re easy entertainment and even if you aren’t particularly interested in the plot, it’s weird enough to mesmerize you at times.

But that isn’t necessarily enough to explain what an Aug. 19 Paper Magazine article has coined “the ‘Twilight’ Renaissance.”

For this incoming generation of tweens, the “Twilight” series provides the perfect dose of Y2K nostalgia that is rearing its head in today’s social media and fashion trends.

With Juicy Couture tracksuits back in style and the rise of the #FreeBritney era, it’s almost like we are right back in 2008.

In his 1937 book “Taste and Fashion,” professional critic James Laver created a timeline of trend cycles where he coined the concept of “the 20-Year Rule:” the idea that trends will cycle back into fashion every two-to-three decades.

But with the fast pace of the Internet today, we’ve come back to the simplistic feel of the 2000s earlier than expected.

Though they aren’t masterpieces by any definition of the word, the “Twilight” franchise still holds a grip on society almost 10 years after the last theater release.

If you don’t believe me, look no further than UVM’s campus.

Senior Caleb Usadi founded the Twilight Book Club in 2018. The group reads one book of the series each semester. They will begin this year with Meyer’s latest release “Midnight Sun,” a retelling of the series’ events from Edward’s perspective, according to an Aug. 3 New York Times article.

Usadi said that the appeal of Twilight is the combination of romance, violence and now, nostalgia.

“I think as a teenager reading it is an escape from reality into this fantasy world of romance and monsters.” Usadi said. “I feel like a lot of the people getting into it now are adults, it’s kind of an escape back into that period of our lives where that was so appealing.”

Additionally, there are communities reading and analysing the “Twilight” books and movies with thousands of people engaging in comment section discussions.

One user, @twilight_talk on TikTok, has made hundreds of videos dissecting “Twilight,” and has amassed over 200,000 followers and over eight million likes. Her page bio reads: “I love and hate Twilight so much. Let’s talk about it.”

Whether making fun of it or embracing it, “Twilight” has become a comforting, fun franchise that is full of odd lore and seemingly never ending.

It is a fandom you can get lost in: you can spend hours of your time scrolling through weird old forums debating if Charlie or Carlisle is the bigger DILF, or just hop on Twitter and watch people do the exact same thing ten years later.

It’s fascinating to see the fandom revive in 2021, but it’s also a stark reminder that there will always be a new generation of 14-year-olds on the Internet, and time is simply a circle.