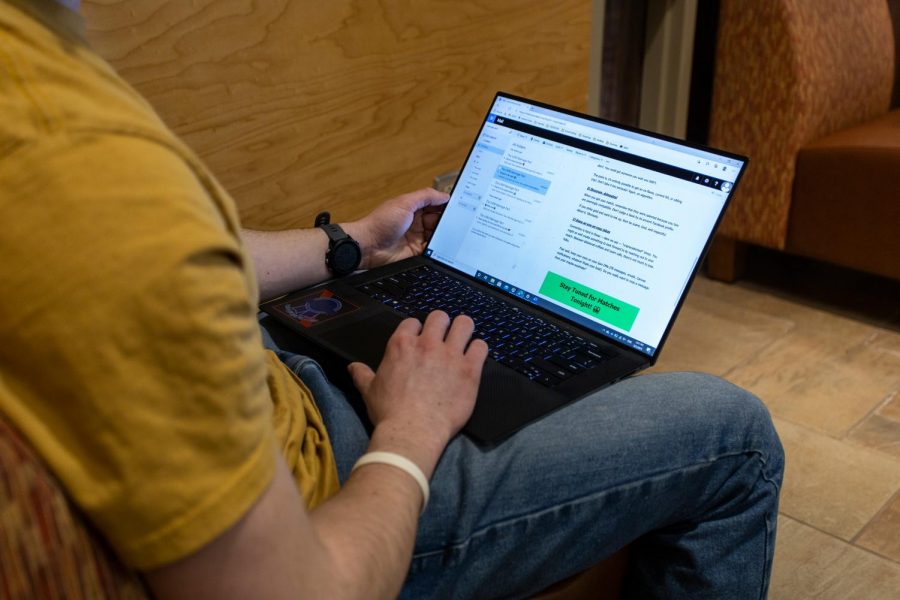 During this year of misconnection amidst isolation and COVID-19, UVM students jumped at the opportunity to meet someone new.

The Marriage Pact, brought to campus by the well-known UVM Missed Connections Instagram account, was launched in early February with the goal of building community for students.

“We wanted to get people engaged and have a way for people on campus to connect with at least one new person. That can be so hard right now with the pandemic,” Administrator 1 of the Missed Connections page said.

The automated matchmaker was designed to find potential love matches. Based in psychology and romantic compatibility research, the algorithm looked at each person’s nuanced qualities to create ideal matches.

Students that participated filled out a 50 question survey with questions inquiring about their politics, values, interests, desires and tendencies.

In addition to the 40 questions built into the survey, the administrators were tasked with creating 10 questions specific to UVM and the niche qualities of its students. Among them were questions about Yerba Mate, Rail Jam, and hammocking.

“All the admins really thought the one about someone’s inclination to squash a bug was the most important question on the survey. Very UVM,” Administrator 2 said.

Jack Olender, first-year, was impressed with the questions and their ability to make him think about things he had not before. They were not light questions that could be answered within a couple of minutes of conversation, he said.

“I answered them honestly so now it is cool that I have that self-awareness and know how I feel about those certain things,” Olender said.

The questions of concern were built into the pre-existing set of questions from the Marriage Pact to protect students, the administrators said.

“We want to communicate very strongly that those questions are built into the algorithm to protect BIPOC people so they don’t get matched with say, a white supremacist,” Administrator 1 said. “It’s a way to alleviate some anxiety around that for those who may be in a more vulnerable position.”

By the time the algorithm ran on Feb. 16, 3,969 UVM students had taken the Marriage Pact. 33.48% of the student body participated in the large-scale matching event and the buzz on campus was evident.

First-year Gil Oren-Grinburg decided to not participate in the Marriage Pact because of the announced gender disparity in participants. Despite her chosen exclusion from the event, it was all she heard about, she said.

“Everyone was excited to take it and find out who they were going to match with,” Oren-Grinburg said. “It was all anyone was talking about that week.”

With the pandemic in mind, most students nowadays are keeping to a small group of friends. For sophomore Pricilla Fudesco, this was part of her motivation for taking the Marriage Pact.

“It’s been hard meeting new people so I was excited because I felt like this was a super easy and safe way to do that,” Fudesco said.

For Olender, his reason for participating in the Marriage Pact stemmed from an appreciation for the process.

“It seemed like a lot of effort was put into the algorithm so I wanted to help out. They said the more people that did it, the better the results would be for everyone so I wanted to do my part,” Olender said.

After much anticipation around campus, the algorithm ran and thousands of UVM students were given the name of their match.

What happened next was up to the individuals.

Olender received the name of his match, a stranger with who he was told he ranked in the 88% percentile of compatibility with. Though there are no wedding bells in the pair’s future just yet, he is pleased with his results.

“I think it was so worth it though because now she is someone that I could definitely strike up a conversation with because I know there is common ground,” Olender said.

For Fudesco, the potential for a continued relationship is stronger.

“Since the matches came out, we have been chatting a bit and they seem really chill. They make their own bagels from scratch which is dope,” Fudesco said.

All six of the Missed Connections administrators also decided to roll the dice with the Marriage Pact that they brought to the UVM community. Administrator 6’s results revealed that their match was the most compatible on campus.

The overall experience of students was positive. Olender, and Fudesco all said that they would take the Marriage Pact again if the opportunity presented itself.

They and any other UVM student will have that chance again. The future of the Marriage Pact on the UVM campus has already been decided. It will likely run on an annual basis and continue to bring energy to the student body.

“We are just really proud of what we accomplished knowing very little going into it about what would happen. We are hopeful that the next time we run it, more people will take it and be even more excited to participate,” Administrator 6 said.

Even in a pandemic, love and connection are out there. The Marriage Pact is a testament to that.