When Rhonda Bilodeau and Taraleigh Weathers sat down for breakfast several months ago, they hatched an idea to bring a festival to Burlington – a festival of the silent variety, that is.

“I had this silent disco idea for a while and had tossed it around to a couple of people with little interest,” Bilodeau said.

Bilodeau and Weathers brought that idea to life as the Silent Disco took
over Oakledge Park Sept. 9. 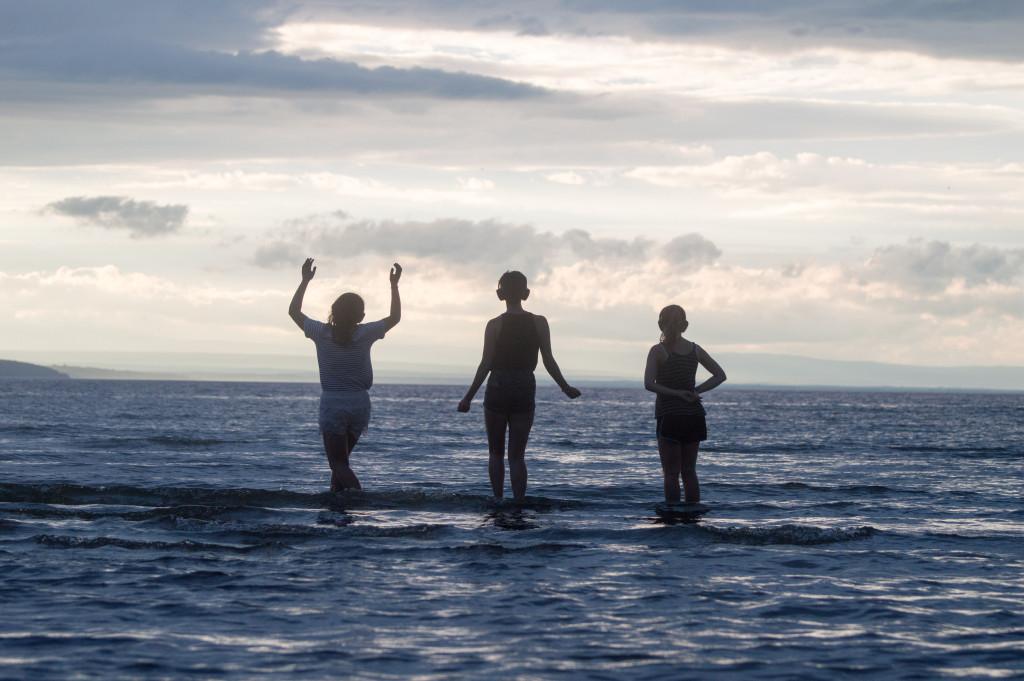 “I saw Taraleigh’s post on Facebook one day … about bringing that festival ‘feeling’ into your personal life, and it hit me that she would be a perfect partner for a silent disco business,” Bilodeau said.

However, Weathers said this isn’t a typical festival.

Music is then broadcast via a radio transmitter, with the signal being picked up by the wireless headphone receivers.

“If you were to come upon a silent disco it would look like everyone was dancing to the music in their heads,” Weathers said. “There is no amplified sound.”

Co-creators of Silent Disco Vermont, Bilodeau and Weathers drew on their love of dancing and the outdoors when creating the event.

“One of my favorite places to be in the world is anywhere on the shore of Lake Champlain,” Weathers said.

She said she knew that a beach would be a perfect place for a dance party.

“I’m also addicted to sunsets so I thought, ‘Why not marry the two?’”

Silent discos were first developed in the Netherlands and gained popularity sometime back in 2005, when a silent disco was held at England’s Glastonbury Festival so that the party could continue without breaking noise curfew, according to CNN.

Disco-goer Katie Delp said it was a unique experience.

“I think it’s something that will draw people out to enjoy the lake,” Delp said. “It’s very appropriate for Burlington. I’m shocked this is the first on.”

“It gets your sillies out,” junior Lynn Keating said. “I wish I’d thought of this.”

The duo is already planning another silent disco Sept. 29 from 6 to 8 p.m. at North Beach.

What makes the silent disco so fun?

“When people put on those headphones they dance like no one’s watching. Even the most timid person has been known to let loose,” Weathers said.

“The other great part is watching people who have no idea what a silent disco is walk up to one,” she said.