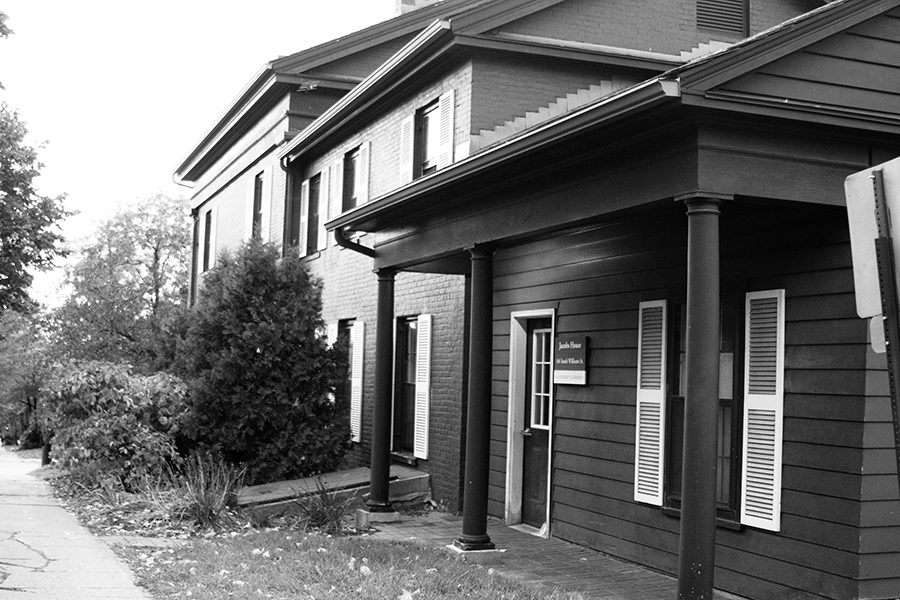 The Jacob’s House is home to UVM’s Counselling and Psychiatry Services where students can set up appointments with counsellors for their mental health needs.

Vermont’s dark winters, with their bluster and shadow, leave many studetns struggling with their mental health.

Seasonal affective disorder is a type of depression that occurs in nine percent of New England’s population, according to a 2015 study by the National Institute of Health.

Dr. Kelly Rohan, director of the psychology department’s Clinical Training Program, has been studying SAD since 2000.

Rohan’s laboratory is currently conducting a five-year trial reveloving around SAD, funded by the National Institute of Mental Health, she said.

As part of the trial, 160 community adults with SAD are being treated with either SAD-tailored cognitive-behavioral therapy, or talk therapy, and followed over two years.

Rohan encourages people with SAD to stay disciplined in their routines from the start of the winter season.

Keeping to routines is not the same as ‘toughing it out,’ but is an essential way to care for yourself, she said.

“So, do you have to work to do something different? Yes, you have to catch yourself. Keep in your routines, meet people, do your hobbies,” she said.

Rohan said it was essential to incorporate social activities into each day in order to manage SAD.

“Professionals know that being isolated can make depression of any kind worse,” she said. “Creating a sanctuary of time where you can create or learn something new can be helpful.”

Interim Counseling And Psychiatry Services director John Paul Grogan said that he’s pleased with how CAPS and other UVM programs  provide resources to students with mental health challenges such as SAD.

“I think we have good comprehensive services spanning from the clinical in CAPS to the educational in Living Well,” he said. “We help students be healthy by providing opportunities to take care of themselves.”

Senior Natalia Bastante was dissatisfied with her experience with CAPS, she said.

“My general experience was okay, but I needed help in a crisis time [unrelated to SAD] and they could only schedule me two weeks out,” they said.

Bastante said CAPs ended up unable to meet their needs.

“The advice I received wasn’t great. It kept me afloat, but I didn’t make headway on my issues until I started seeing someone off campus,” they said. “I know not every client and therapist clicks, but I didn’t know how to switch or if I could.”

Senior Gwen Matthews, however, praised CAPS for helping her with her own mental health issues.

“My grades were being effected, so I forced myself to go. I’ve never liked counselors, but my therapist is wonderful,” she said. “After a session or two, she told me to go to the primary care doctor on campus,” she said.

Matthews expressed her surprise at having this resource available to her.

“I had to look up where the doctor even was. My therapist made the appointment for me. Everyone was very nice and understanding,” she said.

“Where do I think we could improve? I think a lot of students don’t have community, or the right community or enough community,” he said.

Both Grogan and Rohan said that those who are concerned about others suffering from SAD or other mental health challenges should talk to those people and express the behavior that concerns them in concrete terms.