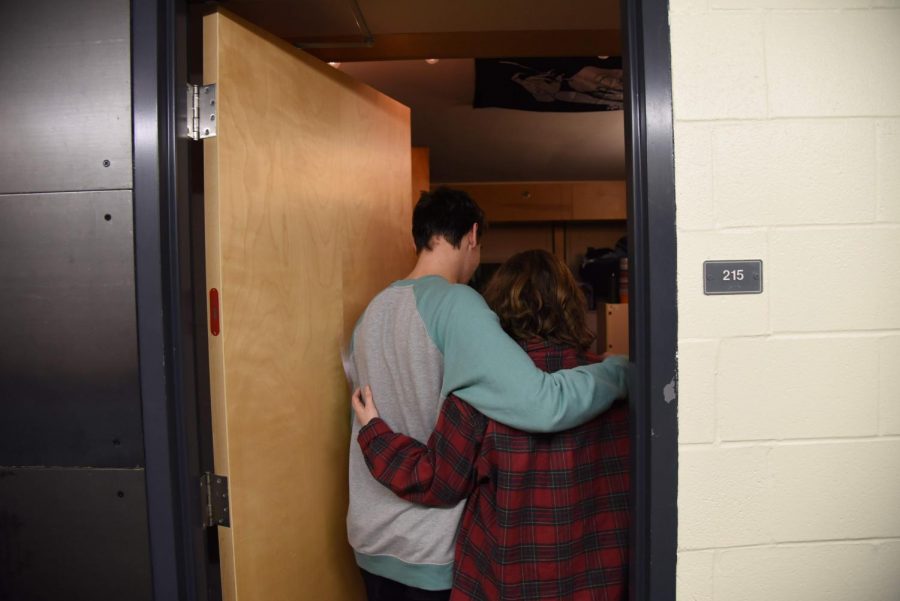 At UVM, students are required to live on campus for two years.

Living in a community with other students allows for all sorts of relationships to bloom.

Dorm life is buzzing with the sexual curiosity of young people living away from home for the first time. The result of this is a phenomenon commonly referred to as “dormcest.”

First-year Ethan Phan confessed to committing an act of dormcest and offered a generally agreed upon definition for the term among college students.

“It’s basically just when two people who live in the same dorm decide to hookup,” Phan said. “The idea for the term for sure comes from incest but this is nothing like it.”

It is the same as dormcest but rather than having the entire population of a dorm complex involved, it’s localized to one floor.

Some students say that substance use is the precursor to these situations.

Sophomore Bridget Lavelle has witnessed such instances during her time living in Wing Davis Wilks on Redstone campus.

“It starts as unplanned,” Lavelle said. “It’s just an initial reaction, and partying is almost always involved. It happens and there are a lot of awkward feelings afterwards. There are boundaries that you don’t know if you’ve crossed or not.”

This can be said for most casual sexual encounters that occur during one’s college years, but the dorms add a level of awkwardness, she said.

“The basis of hookup culture is this idea where you do it and that is it,” Lavelle said. “There is no interaction afterwards. Put that into a small, closed space like a dorm, and suddenly, everyone knows, and it’s this thing to be talked about.”

Senior George Spearing is an RA in Wing David Wilks for his second year and has formed an opinion about intra-dorm relationships.

“Forming relationship on your floor or building can be really complicated and can disrupt the community,” Spearing said. “It doesn’t always have to though. If you can be smart about it, it can totally work out.”

For Phan, this was the case. His act of dormcest was short lived but ended with nothing but good graces. The two remain friends, he said.

“In order to keep that relationship going, you need to communicate and be mature about it,” Phan said. “There’s a reason why you liked each other to begin with, so just become friends. It’s really not that hard.”

Whether it ends in friendship or it creates awkward dynamics among residents of a dorm building, dormcest is inevitable, sophomore Isabella Wolfsdorf said.

“You have all of these guys and girls living in such close quarters,” Wolfsdorf said. “You get to know each other, and that feels good to make friends and stuff, but then it just happens.”