Cricket Blue’s Io: An Exploration of Music, Myth and Agency 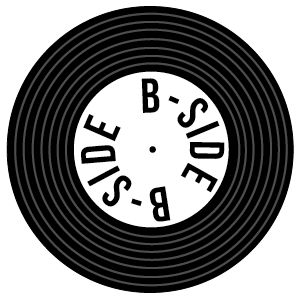 “Myths and old stories feel unresolved. You want to explain them,” Taylor Smith told me as we sat down to discuss Burlington folk duo Cricket Blue’s new EP “Io.”

Their new EP opens as Smith and the duo’s other half Laura Heaberlin softly croon: “When the woods were full of wolves, the girls tied back their hair. They covered up their hands because it gave away their age.”

Carter’s fiction, with its combination of feminism and magical realism, is the perfect fit for Cricket Blue’s mythological folk.

This desire to explore and complicate traditional myths and fairytales is an undercurrent in much of Cricket Blue’s music, from earlier work like “Forsythia,” a love story set in the garden of Eden, to “Angela Carter’s” investigation of what lurks after the words “once upon a time.”

Their lyrics read like missives from another time or place. They remind the listener that the myths and stories they were raised on often have a dark underbelly lurking behind their apparent innocence.

“I think I have sort of a tendency to mythologize places,” Smith said.

This attention to place is evident on “Kentucky,” a song inspired by the state where Smith spent his formative years. He both wrote the lyrics and arranged an impressive cello part for the song.

Lyrics like “lost like a boy with his lord bound around him with cords” and “the staff and the rod of the terror of God have finally gotten to you” are almost visceral in the way the violence they discuss is made concrete through metaphor.

However, even at their most melancholic, Cricket Blue does not make music for cynics. In “Kentucky,” kernels of hope glimmer as Smith and Heaberlin sing wistfully: “Let all that is old be made new.”

The influence of past eras on Cricket Blue’s work are obvious not only in their fondness for myth but in their song “Eleanor,” a ballad of young wife who has an affair when her husband ships off to war.

One of Smith’s personal favorites of the album, the song exemplifies the eerie and complex harmonies that make Cricket Blue so intriguing.

Although “Io” has much in common with their previous work – the attention to mythological detail, the bluesy orchestration, the recurrence of the figure of “Eve” (“because feminism,” Heaberlin quipped) – it also is a departure from their previous work.

This is the first album the duo has recorded in studio, and because of this they were able to collaborate with other musicians and had access to more resources than they have had in the past.

“We were a little worried about bringing a creative partner in, but it was wonderful,” Smith said of their experience working with Beehive Productions.

Thematically, “Io” is more “character driven,” than their previous EP Heaberlin told me.

Named after a myth where Zeus pursued a woman against her will, only to transform her into a cow in order to hide her from his wife, “Io” takes up the plight of the downtrodden and trapped.

“We were writing about characters who had lost agency in one way or another,” Heaberlin said.

From the fairytale women who so often are reduced to archetypes, to Eleanor the suffocated 1950s housewife, to the namesake of their album, Cricket Blue uses their music to provide a voice to those who have been rendered voiceless.

This reclamation of agency is what makes their music so interesting to return to. You’re lulled in by the sweetness of their melodies that are reminiscent of traditional Appalachian folk or literary indie rock like Andrew Bird and find yourself suddenly surprised by the epiphanies that their songs so often crescendo to.

“We haven’t run out of stuff. We don’t get sick of each other,” Heaberlin said when I asked what it was like to work with Smith.
“Io” is something else you can count on not getting sick of. The EP is replete with literary and mythological references that don’t yield themselves up upon first listen. “Io” begs to be played over and over.