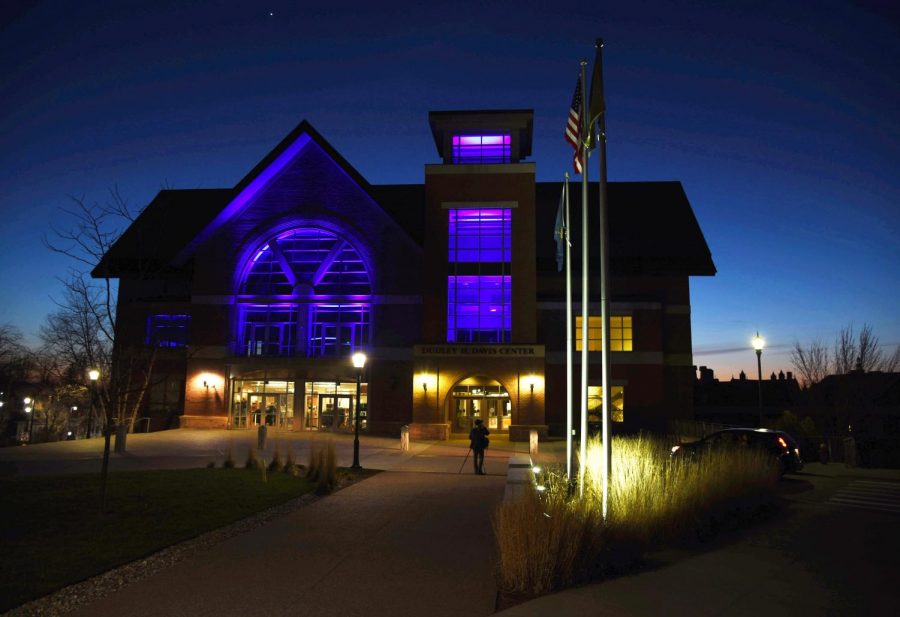 UVM shrugged off its green and gold and dressed itself in blue this week as the Davis Center was lit to honor frontline health care workers indefinitely.

For over a week, the Davis Center has been lit in blue lights each night beginning at 8 p.m., according to an April 24 press release. The UVM sign on Main Street has also been lit blue.

“The medical professionals, frontline workers and other service providers have done an exceptional job,” Gary Derr, vice president for operations and public safety, stated in a May 1 email. “This was a simple, highly visible gesture to say, ‘thank you,’ on behalf of UVM to these people.”

The student center and sign were both chosen for their proximity to UVM Medical Center, the email stated. Both features are visible from Main Street where they can be seen by health care workers who do not work at the medical center.

“We received several suggestions from UVM community members that we should do something to join the ‘Light It Blue’ campaign that was occurring across the U.S.,” the email stated. “We considered a few building options, and the Davis Center seemed like the best option.”

The Empire State Building in New York City, the Space Needle in Seattle and the Wrigley Building in Chicago are just a few of the many other buildings across the country that have turned blue during the pandemic.