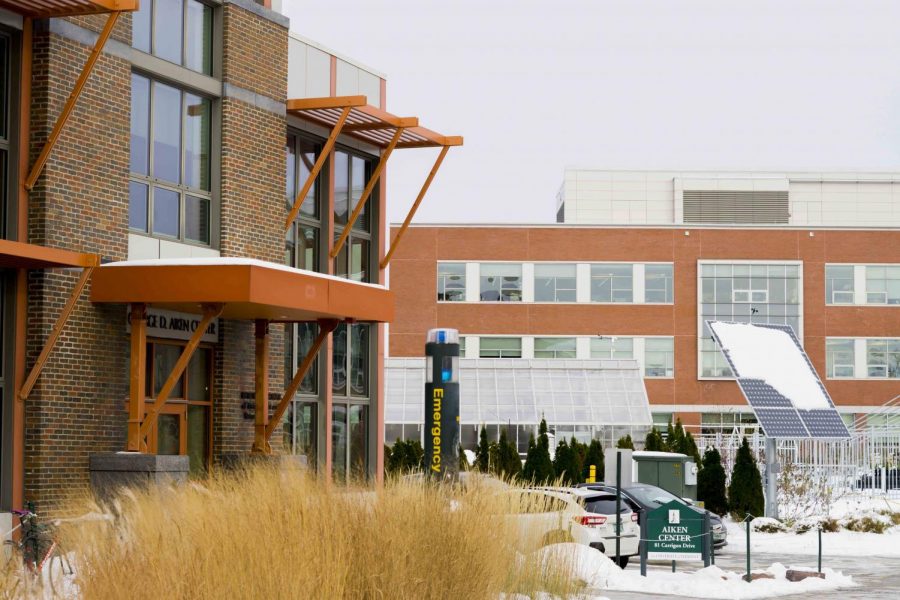 Despite the fact that over 10,000 students are eligible to submit proposals to the Clean Energy Fund, only four did last semester.

Due to the lack of participation, SGA is hoping to restructure the language of the fund so that more students submit proposals.

SGA President Jillian Scannell, a senior, is working with members on the SGA Committee on the Environment to change the CEF to make the fund more available to students.

Every UVM undergraduate pays $20 into the fund per year.

The CEF was created by students in 2008 to promote clean energy on campus through student ideas. The changes that Scannell and members of SGA hope to make would require approval by members of the administration who control the fund.

The fund has accumulated over $2.5 million since its creation. Roughly $1.6 million is not being used.

“I think a lot of students don’t even know that they pay into this fund,” Scannell said. “The fund began from students saying that they were going to tax themselves. It was a student idea, and it’s student money, so it’s important that students are involved.”

The changes that Scannell and CoE hope to make to the CEF include:

Renaming it the Sustainable Campus Fund.

Rewriting the charter to encompass non-clean energy sustainability projects, like projects for UVM to increase composting or use bio soils.

Increasing the Fund’s visibility among students through advertising.

Vice President of Finance Richard Cate, who controls the fund, said he supports Scannell’s request to update the CEF so students can submit sustainable ideas that don’t relate to clean energy.

“We’re heading towards expanding the language so that other kinds of proposals will be eligible,” Cate said in an Oct. 24 interview. “Some of the students are interested in getting funded for sustainability projects that aren’t related to energy, so it seemed like a reasonable request.”

SGA is also hoping to work more closely with the administrators of the fund to market it to students through social media and other platforms, Scannell said.

Scannell met with University Controller Claire Burlingham and Sustainable Funds Coordinator Elizabeth Palchak Oct. 31 to discuss the changes they hope to make to the fund.

Scannell said that Burlingham and Palchak were concerned about enhancing the broadness of projects that could get funded.

“It took a minute to get them on board because they wanted to keep the essence of the fund,” Scannell said. “But I had to remind them that we’re the students now, and we’re the ones paying, so that’s why this change needs to happen.”

Junior Sophie Smith, chair of the Committee on the Environment, said the CEF criteria needs to change because students don’t know about the fund.

This is partially because energy projects are invisible, she said.

“The only things that are visible are solar panels,” Smith said. “If the criteria were expanded, students could visibly see it affecting their lives instead of just helping the University save money.”

Cate has also agreed to add two more undergraduate students to the Socially Responsible Investments Advisory Council: the board that decides which proposals get funded.

SRIAC currently has two undergraduate students. There are eight other members.

Smith, who is also on SRIAC, said that she thinks adding two more undergraduate students will allow the CEF to be more accessible to the UVM community.

“We’re definitely aware that students don’t know about it,” Smith said. “Adding two more representatives to SRIAC will increase the student voice and have two more people there to say, ‘hey, this isn’t really getting out to students.’”

Thirteen energy-related projects were presented to SRAIC Oct. 31 for this semester’s forum.  The funded projects and recommendations will be announced at a later date, according to the CEF website.