The Vermont Cynic • May 1, 2020 • https://vtcynic.com/news/11-uvm-students-named-for-fulbrights-in-record-breaking-year/ 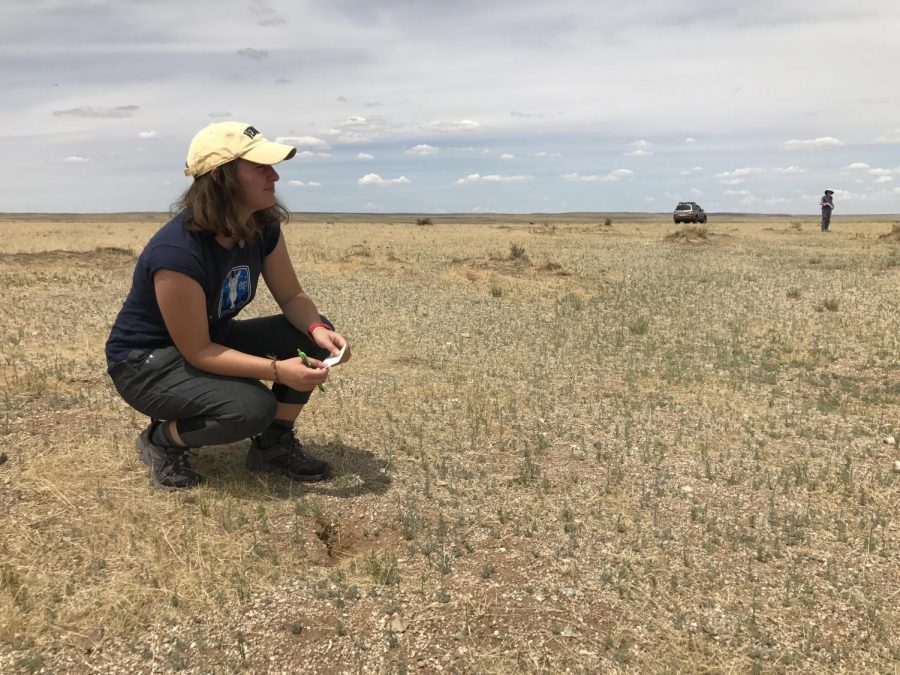 In a record-breaking year for the University, 11 UVM students have been selected as scholars and alternates for the prestigious Fulbright Scholarship program.

Of the 15 finalists from UVM, 11 students were selected as official scholars or alternates, passing the previously-held record of seven students from 2014-2015.

“The Fulbright is one of the most prestigious and selective exchange programs in the world, and I’m extremely proud of what our students and alumni have achieved,” President Suresh Garimella said.

The Fulbright Program is one of several United States Cultural Exchange Programs.

Many of these scholars were slated to begin their programs this year. However, due to the pandemic, the start of all Fulbright programs has been pushed back to January 2021, according to an email from the U.S. State Department.

UVM fellowship advisor Katie Alexander said the process of being selected for a Fulbright is distinctly competitive with a rigorous vetting process by the University, U.S. State Department, and U.S. embassies around the world.

The Fulbright Program offers research, study and teaching opportunities in over 140 countries to recent graduates and graduate students with the goal of increasing international understanding, according to the U.S. State Department.

The program operates in over 160 countries worldwide and provides approximately 2,800 grants annually to American students and scholars, according to the Council for International Exchange of Scholars.

The students selected will serve as cultural ambassadors for the U.S. as part of the State Department for between nine and 12 months.

“The fact that a record-setting [11] UVMers earned this honor is testament to our culture of nurturing academic achievement and student success,” Garimella said. “I am certain this high-achieving group will continue to make us proud.”

The student profiles below are meant to celebrate the accomplishments of UVM students in earning internationally-competitive scholarships.
Researching women’s rights in Africa
Madison Shaffer
With an interest in African land rights for women, senior Madison Shaffer, a health and society major, will spend her Fulbright conducting research in Malawi.

Shaffer said that land rights are important to her because they are an important factor in equity.

“Land is an important agricultural and social resource, and is a basic human right,” Shaffer said. “But women’s access and use of land are diminished compared to men in many countries.”

In Malawi, Shaffer will focus on hearing women’s stories related to land rights.

“I want to compile a list of barriers these women are facing now and how they hope it’ll change,” she said.

After her time in Malawi, Shaffer hopes to continue on a path towards health policy.
Studying volunteer work, restoring wildlife and teaching English in Asia
Camilla Thomassen-Tai
After pursuing a degree in middle education, senior Camilla Thomassen-Tai sought and won a Fulbright to teach english in Taiwan.

Thomassen-Tai said after student teaching in South Africa, she knew she wanted to pursue education. For her, Fulbright is an opportunity to explore a part of her identity, perform community service and to do work with indigenous populations.

“My mom is from Taiwan,” she said. “I thought the program would be a cool opportunity– and how great that it can be both personal and academic.”

After teaching in Taiwan, Thomassen-Tai said she is interested in pursuing international teaching and potentially pursuing a master’s in the future.

“I feel like by teaching I’m actually making a difference in the world,” Thomassen-Tai said. “It’s really motivating to be able to see the difference on a small scale but really feel like it’s rippling out.”
James Whitley
Although hoping to pursue a career in medicine, senior James Whitley will spend his Fulbright teaching in Taiwan, which he said will prepare him for his future career.

Whitley’s application was unique because of both his biology background and teaching experience outside of a traditional classroom.

He has previously volunteered at the children’s hospital and the Sarah Holbrook Center in Burlington.

A Vermont native, Whitley said he believes his experience teaching English in Taiwan will help him in his future as a physician.

“As a doctor, you’re really the facilitator of medical knowledge from the medical community to the overall community,” he said. “I was teaching at the Sara Holbrook center, and now embarking on the Fulbright Program is just going to help strengthen those skills.”
Reilly Becchina
As one of two national recipients, senior Reilly Becchina won a Fulbright Study/Research Award to complete her project that focuses on restoring an endangered species.

Her project entitled “Restoring an Endangered Species: Siberian marmot recovery in the Mongolian Steppe,” will focus on identifying optimal areas for reintroduction of Siberian Marmot, an endangered Mongolian species.

She will conduct interviews with herders and develop a sustainable management strategy of the Siberian Marmot with local populations.

After working in the lab of Jed Murdoch, director of the wildlife and fisheries biology program, she said her interest in conserving wildlife populations grew.

“Pretty much everything is in part due to the support that Dr. Murdoch provided me for the last four years,” she said. “I’m very, very grateful to him.”

“I’m planning on getting my masters in wildlife biology and conservation sciences after getting some work experience first,” she said.
Gabriela Heermans
With an interest in psychological sciences, Gabriela Heermans will be traveling to Turkey to study volunteers who work with refugees under the Fulbright Study/Research Award.

Heermans will be gathering qualitative data by interviewing volunteers directly.

“I’ll be asking people about their reasons for volunteering in refugee work,” she said. “I’ll ask if religion is a factor and what personal beliefs they hold especially in a Turkish society.”

“I want to work with a lot of different cultures and get out of my comfort zone,” she said. “I want to bridge the gaps between people.”
Maeve Poleman
Senior Maeve Poleman will apply her degree in middle education to her Fulbright in Nepal, where she will teach English from March-December of 2021.

A Vermont native, Poleman has worked with refugee and immigrant students while minoring in education for cultural and linguistic diversity. Her decision to apply for a Fulbright in Ne

pal was in part due to the opportunity to work in a rural school.

“It’s one of the few countries where you work in public schools,” she said. “A lot of them are really rural and I was motivated by the chance to go somewhere that could really use someone coming in.”

One of four national recipients, Poleman said she is most excited to meet her host family, co-teacher and students in Nepal.

Mexico was Karas’s top choice because of her personal connections to the country, she said.

“I’m half-Mexican and adopted, so diversity is really important to me,” she said. “I really wanted my first time in Mexico to be meaningful, not just a vacation, so I’m very happy.”

After teaching in Mexico, Karas would like to continue to experience cultures firsthand and to continue work with English as a Second Language.

“I’ve worked with migrant students in the past, students who can’t even read or write in their home language,” she said. “It’s super meaningful to me, so I’d like to either get a teaching certification or get into international education.”
Conservation history, refugee research and environmental education in Europe
Olivia Box
Working towards a masters degree in natural resources, Olivia Box will be heading to Italy to analyze the conservation history of forests on a Fulbright Study/Research Award.

Box has always had an interest in natural conservation, especially in forestry.

“Forest disturbance is something I’m studying for my masters,” she said. “It’s an issue that’s always been close to my heart.”

“My grandparents were Italian immigrants, and I studied Italian in college,” she said. “Having the ability to study something I love in a place that I love— it’s like a dream.”

Though Box is still uncertain of what she wants to do after researching in Italy, she hopes to continue work with conservation while implementing storytelling.

“I’d love to bridge the gap between research and the public to help people become aware of conservation efforts,” she said. “I want to make people care.”
Eleanor Moody
Selected as a Finalist for the English Teaching Assistantship, senior Eleanor Moody hopes to combine her passion for environmental education and Spanish during her Fulbright.

Moody said she hopes to focus on teaching environmental education in the Spanish school system as a way to apply what she has learned in her studies.

“I’ve just been learning Spanish for a while and I now feel like I’m at a point where it’s starting to get easier and easier,” she said. “It feels like it’s finally coming together in an exciting way after a lot of years of frustration and hard work.”

If selected, Moody will be abroad for 10 months.
June Guo
June Guo, a graduate student at UVM, was announced as a Fulbright finalist for her proposed refugee research project in Norway.

The interdisciplinary project, entitled “Seed Saving as Placemaking,” is based on her interest in how people from refugee backgrounds create a sense of place in their new homelands.

The basis of the project follows stints in the AmeriCorps in Washington State and the Food Corps in Hawaii where she served as a garden teacher.

Guo said she intends to complete her master’s in community development and applied economics while at UVM before balancing a Ph.D. program in anthropology at Indiana State University and studying language in Taiwan as a Boren Scholar.
Annie Wernhoff
Annie Wernhoff ‘19, was selected as an Alternate for the Fulbright English Teaching Assistantship. If selected, Wernhoff will be one of 165 recipients heading to Spain.

“I read a lot about the Iberian peninsula, and its history has always been so fascinating,” she said. “Spanish culture is so rich, and I’d love to experience that.”

In the future, Box would like to work in psycholinguistics in higher education even if she didn’t become a finalist.

“Having experience teaching English as a second language would give me real life experience and help me on my path to graduate school,” she said. “I’d like to get that experience even if I don’t become a finalist, so I’ll find a way.”