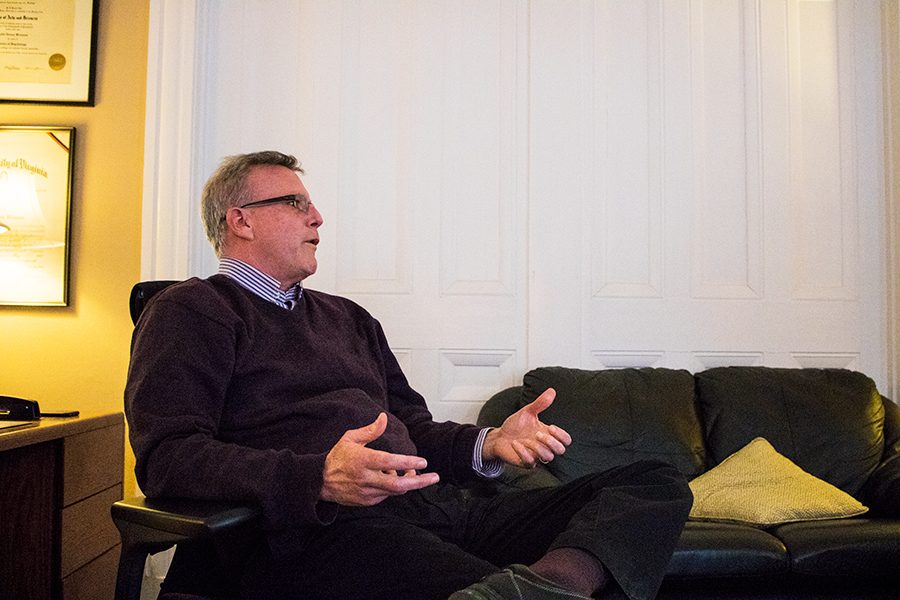 At the end of last semester, senior George S. Tolley IV sought help from Counseling and Psychiatry Services for the first time of his college career, he said.

His was a special case, so after calling the office on a Tuesday he managed to get an appointment the following Friday, but most students do not have such an easy experience, he said.

“At busier times of the semester students may have to wait two-three plus weeks before coming into a regular appointment,” said Todd Weinman, Director of CAPS.

Since 2013, the number of visits to Counseling and Psychiatry Services has increased by 30 percent, Weinman said.

Various obstacles hinder the counseling center’s ability to see more patients, chiefly a lack of space and staff, he said.

One full-time counselor was added between the 2007 and 2016 school years, Weinman stated in a Jan. 5 email.

As a result of the shortage of staff and space, students are experiencing longer wait times for mental health counseling, counselors are struggling to take as many appointments as possible, said Christine Germano, assistant director for clinical services.

Four years ago, “it was rare that we couldn’t see someone the week that they called,” Germano said, referring to routine appointments. “Now it’s more rare we can.”

CAPS reserves around 80 slots per week for visits from students who have never have never received the center’s services, Germano said. They also reserve four appointments for people with urgent needs who must be seen the same day, Weinman said.

“Usually we’ll see more than that,” Weinman said. CAPS does not turn down people with clinical needs who must be seen that day, like students feeling suicidal.

They might not schedule students who are experiencing a high level of stress but are still able to attend class and go about their day, Germano said.

“We’ll do our best to work with students to see them the next or the same day,” she said.

The counseling center’s problem is that they want to provide every patient with as high a quality of care as possible, for as many sessions as possible, while seeing as many urgent cases as possible, she said.

Emily Eisenberg, a former UVM student who transferred to Drexel in Fall 2017, built a strong relationship with her counselor after routinely visiting her last year,  she said.

“She went above and beyond for me,” Eisenberg said.

After each appointment, she would schedule a follow-up typically within the next two weeks. If she waited a few days, it would be longer than two weeks, she said.

This conflict between the unlimited access to counseling and the short supply of available counselors creates long wait times for routine and first time appointments, Germano said.

Confined to two buildings on campus — the CAPS offices on Redstone Campus and the Jacobs House on Main Street — there is not enough physical space to attend to all of the one-on-one counseling, Weinman said.

“Even if we had more staff, where would we put them?” Weinman said.

To meet the demand, CAPS has collaborated with other offices on campus. Living Well, an office that promotes health education and wellness, is chief among them.

CAPS also offers The Body Project, a workshop that meets at the Women’s Center and promotes body positivity.

Though helpful, these additional services have not been able to alleviate the stress put on CAPS, Grogan said.

“There is always going to be a demand for clinical and medical services,” he said.

While limited, the counseling center’s services are better than counseling services outside of the University where students might be told that they can’t be seen for months, Weinman said. And if they have an urgent need, they may be directed to go to the hospital,.

“What we’re trying to do is kind of finesse between those options of ‘Sorry, those doors aren’t open because your concern is too mild for us,’ and ‘You need to go to the emergency room,’” Weinman said.