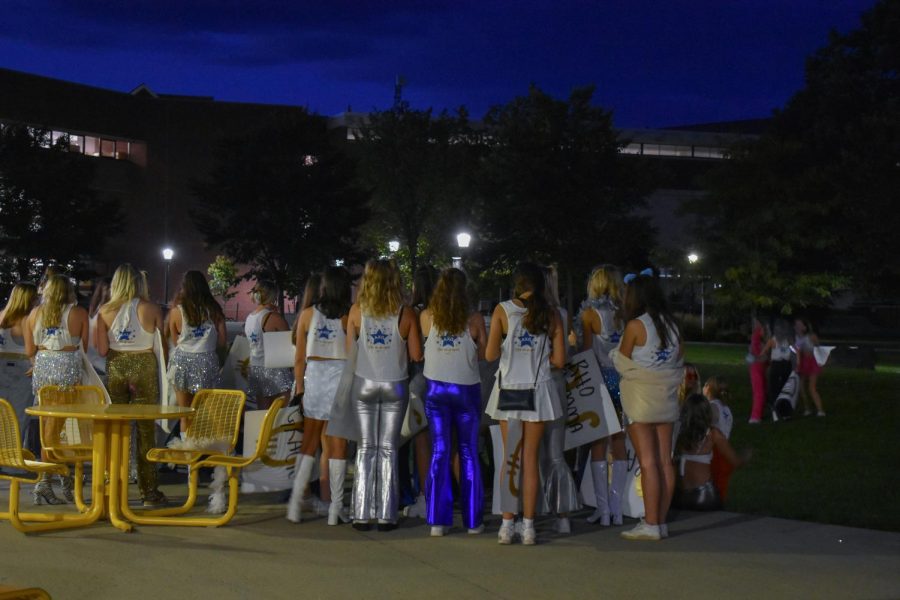 UVM sorority members acknowledge the difference between conduct expectations and enforcement for sorority versus fraternity life, claiming some policies are outdated.

Across the nation and at UVM, conduct policies and sanctioning for violations set at the national level demonstrate differing treatment between sororities and fraternities. Senior and Panhellenic Council President Kayla Goldenberg said there is a clear double standard.

“I would absolutely say that sororities are held to a different standard than fraternities, almost an unfair standard,” Goldenberg said.

The lack of conduct enforcement for informal events hosted by fraternities displays the difference in expectations of conduct for fraternities and sororities, said junior Olivija Stevens, vice president of SGA and member of Alpha Delta Pi.

Fraternity-hosted parties serving alcohol continue to take place at UVM despite UVM’s expectations that these events are not occurring, Stephens said.

“Some people in leadership were like, ‘Oh well those events shouldn’t be happening.’ It’s like, well, they are, so we have to make sure that people are safe at them,” she said.

Interim director of student life Lina Balcom did not respond to the Cynic’s request for comment.

Sororities are held to a higher and unrealistic standard regarding alcohol consumption, Goldenberg said.

“Those women meet with me when they are found guilty of alcohol consumption during the recruitment period and it’s a really unrealistic standard that they are being held to because [men are] not facing any of the consequences, only women are,” Goldenberg said.

Sorority members fear the consequences of throwing events with alcohol in a way that fraternity members don’t, Stephens said. This prevents sororities from hosting informal and formal events.

“I’ll have friends be like, ‘Wait so can you guys throw parties,’ and I’m like, ‘Oh, we would lose our charter’ […] If there was like a sorority party or a Panhellenic kegger, no bueno,” Stephens said. “It’s just honestly a laughable idea to me because it would never happen.”

Unequal standards are also apparent in the recruitment process. While sororities spend a full weekend in the Grand Maple Ballroom for recruitment events, fraternities were allowed to host activities such as house tours and poker nights at chapter houses, Stephens said.

“They’re just playing lawn games and hanging out and there’s music, and then we’re standing in the Davis Center for 12 hour days,” she said.

Policies against overnight guests in sorority houses are outdated, Stephens said. Stephens’ sorority, ADPi, has been making changes at the national level in the last few years in an attempt to make sorority life more progressive, she said.

“We got rid of those rules because they were like, ‘This feels outdated that even my best friend can’t sleep over or like if I chose to have a significant other sleepover, that feels really outdated that I can’t make that decision,’” Stephens said. “You can’t mingle.”

The Panhellenic Council at UVM and the Interfraternity Council are the separate entities that function to oversee sorority and fraternity life respectively at UVM, according to UVM’s FSL website. Fraternities and sororities also respond to their respective national chapters.

The differing expectations and enforcement of sorority and fraternity life standards may be more of an organizational issue than anything else, said senior Steve Carlson, president of Sigma Phi Epsilon.

“I don’t know if it’s a different standard, but the sorority side, in my opinion, at least at UVM, is way better organized,” Carlson said. “The Panhellenic Council has their stuff very much together, frankly, in a way that the IFC doesn’t.”

A lack of unity creates challenges in enforcement, Carlson said. The IFC struggles to hold fraternities to one standard due to a lack of organization; however, women may also need to be more cognizant than men in prioritizing their safety.

The National Panhellenic Conference did not respond to the Cynic in time for the request for comment.