A campus divided: students split over free trip to Israel and Palestinian territories

Funds for a trip to Israel and Palestinan territories continue to cause tension. 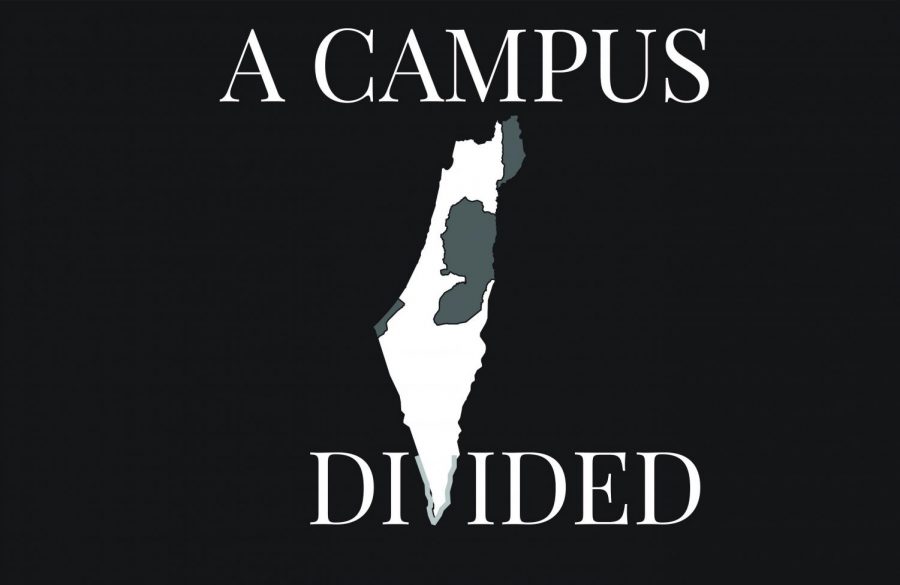 One year ago, UVM Hillel, a Jewish student group, was offered funds for a trip to Israel and Palestine territories.

The source of that funding came under fire from student activists supportive of Palestine and remains criticized a year later.

The funding for the trip is from a group called Maccabee Task Force, a group that has labeled itself a pro-Israel organization and is against the Boycott, Divest, Sanctions movement for Justice in Palestine, according to their website.

The founder of MTF, Sheldon Adelson, was one of the largest Republican donors in the 2016 election.

Since May 2019 Adelson has donated at least $549,200 to various conservative candidates and groups, according to the Federal Election Commission.

Once again, the trip has come under fire and has divided UVM’s campus.
The tweet:
A UVM student group’s tweet has brought threats of violence and criticism due to its language and messaging.

The group, Students for Justice in Palestine at UVM, tweeted a message out to its followers that condemned the Zionist movement in international politics.

Zionism is the belief that Israel should further develop its land.

In a statement to the Cynic, members of the group stated they regret that the tweet was published.

Almost immediately, the tweet came under a barrage of messages and replies condemning the student group’s tweet as anti-Semitic.

“You know what doesn’t enhance the value of a UVM education for Jewish students? Being subjected to this kind of hate. When are you going to ban this group from campus?” stated a Nov. 15 tweet from the account called (((MischaMischief))).

Additionally, the group received some threats and threatening responses, members of the group said.

“Any career plans for after #college @uvmsjp I hear some new positions just opened up in #PIJ rocket squads…jobs come with high chance of martyrdom and possible 72 virgins, gender unspecified,” a tweet from Jeremiah Rozman stated.

Twitter users tagged UVM in a number of tweets and called on the University to intervene. Many of those that tweeted at UVM had the words “Zionist” in their biography boxes on their Twitter accounts.

The University responded on Twitter as tweets poured in.

On Nov. 15 the official UVM account tweeted the following:

“UVM officials are gathering more information about this incident, and following up with the student group to discuss our goal to provide a safe, welcoming campus. Any disciplinary action will be taken based on a full review of the facts, in compliance with university policies.”

On Nov. 16 UVM tweeted the following:

“We believe strongly in creating an environment of mutual respect and civility and condemn the use of offensive language targeting members of our community. It’s antithetical to our values.”

UVM Spokesperson Enrique Corederra stated in a Nov. 20 email that the University had nothing further to say about the tweets.

“These messages are self-explanatory and the University does not have anything additional to share,” the email stated.

The statement, written in part by SGA President Jillian Scannell, a senior, Vice President Owen Doherty, a junior and junior Grace Parker, chair of the club affairs committee, condemned the use of “offensive language,” according to their Nov. 18 Facebook post.

“The Student Government Association condemns the use of offensive language directed at any group on our campus. The Student Government Association is working with members of the UVM community to address the issue of a vulgar message tweeted by one of our SGA recognized student organizations. SGA strongly believes that students should engage in respectful dialogue with one another and create an environment of mutual respect that support the values stated in Our Common Ground,” the post stated.

In an interview Nov. 22, Scannell said the club, which is recognized by SGA, did not violate any SGA or UVM rules and would not be facing any sanctions.

The day after the SJP tweet that set off a firestorm on social media, SGA met with the group to discuss what happened and how to avoid it in the future, Parker said.

In a statement to the Cynic, the group stated it regrets what happened and they have made changes to how they operate on social media.

The statement was submitted anonymously to the Cynic to protect the identities of those in the group. Many have received death threats on social media and fear being targeted by the group called Canary Mission, which publishes information of known Palestian activists, members of the group stated to the Cynic.

“SJP regrets that the tweet went up and we’ve revised our social media protocols as well as disciplined the individual responsible to make sure it doesn’t happen again. We hope that CSI [Catamounts Supporting Israel] will hold themselves to the moral standard they expect of us, and join us in condemning the racist responses and threats that we received over the weekend,” according to the statement.

SJP at UVM has since deleted their Twitter account.
Another year, another trip:
UVM Hillel plans to accept funding from a Zionist organization for the second year in a row despite mounting criticism from the UVM community.

The money donated by the Maccabee Task Force will fund a trip to Israel and Palestine called UVM Perspectives.

The trip is advertised as an opportunity to explore both sides of the conflict and allow students to form their own opinion about Israel, according to the trip’s application.

Student groups have announced their opposition to this decision in an open letter posted on their Facebook page Nov. 15 by Students for Justice in Palestine.

“This trip openly targets student leaders, members of student government, students of color and students involved in religious and interfaith life in an attempt to influence campus politics and combat student-led movements in solidarity with Palestine,” the letter stated.

The groups that signed the letter are opposed to the trip because of its bias towards Israel and its funding source. The groups refuse to go on a trip that visits illegally occupied land, according to the letter.

Last May, UVM Hillel accepted $100,000 from MTF to take 20 students on the same trip, despite receiving similar criticism about the organization’s ties to Zionist groups and right-wing political groups.

MTF is a pro-Israel organization that is against the Boycott, Divest, Sanctions movement for Justice in Palestine, according to their website.

The founder of MTF, Sheldon Adelson, was one of the largest Republican donors in the 2016 election, contributing over $30 million to pro-Trump super PACs, according to the Federal Election Commission.

MTF has also donated money to the David Horowitz Freedom Center, a group that was found responsible for distributing posters that labeled SJP members as, “terrorist allies,” according to a 2016 LA Times article.
Perspectives: 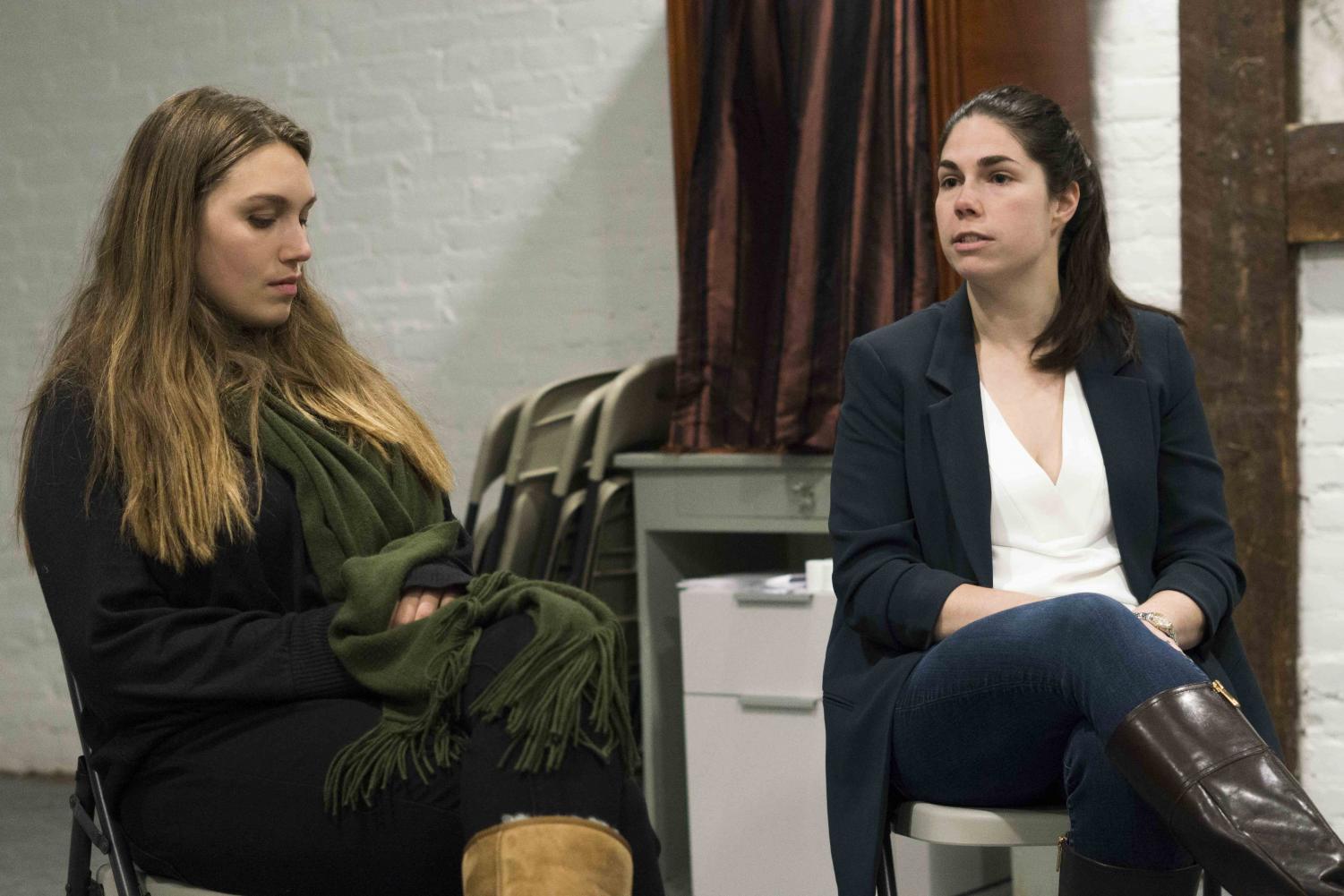 Matt Vogel, the director of UVM Hillel, said his job is to find sources of money to create ways for more student impact and programming, and that includes accepting the money from MTF.

“My goal as a nonprofit director is to accept investment from a philanthropist and the people who have the means to give support to a cause they believe in, and channel that into a positive impact,” he said.

The application to the trip includes information about the funding source and a link to the Maccabee Task Force’s website.

Skye Lockwood, a UVM graduate student who went on the Perspectives trip last year, said it’s important to look past the funding because of the work put in by Hillel to create an unbiased trip for students.

“It concerns me when people focus solely on the source funding and then they stop there and don’t go further,” Lockwood said. “I was skeptical and waiting for something to be obnoxiously pro-Israel, but it wasn’t there.”

Senior Alexander Smith, a leader of Bread and Roses Collective, said it’s false to advertise the trip as being unbiased because it is funded and led by pro-Israel groups.

“A critical question you have to ask yourself is this, why would someone who supports Israel fund this trip, if they spend the rest of their time harassing Palestinian activists and providing outright support for the Israeli government’s actions?” Smith said.

The trip was planned by UVM Hillel, a group that is, “inspired to make an enduring commitment to Jewish life, learning and Israel,” according to their website.

UVM Hillel had complete autonomy in organizing the trip and creating its itinerary, Vogel stated in a Nov. 21 email.

Despite UVM Hillel’s pro-Israel stance, leaders of the trip, including Vogel and Hillel’s Israel Engagement Coordinator Sarah Granof, said the trip did not try to influence student opinions.

“We at Hillel believe that Israel has a right to exist,” Granof said. “You can walk in and out of this trip not believing that and that is totally fine. We present opportunities to engage with Palestine, Israel and different minorities across the region.”

Some students that went on the trip last year said they felt the trip lived up to these standards, while others did not.

Senior Z McCarron, who went on the trip last May, said they were originally a large opponent of the trip because of its funding source. After eventually deciding to apply and go, they said the leaders of the trip did a good job of incorporating many perspectives and not trying to push any view on students.

“The trip was supposed to be a trip that gave students the opportunity to gain their own perspective on the conflict, and I think they were successful in that and did that really well,” McCarron said.

Junior Anastasia Light, who went on the trip last May, said the trip had some bias towards Israel and that it lacked a strong student pro-Palestinian voice.

“I definitely heard more Israeli perspectives than not on the trip,” Light said. “I think a lot of that was about having difficulty finding other people to talk to us about it, so there was a slight bias in that sense, but I don’t think that was intentional.”

The group spent two of the eight days of the trip in Palestinian territories. 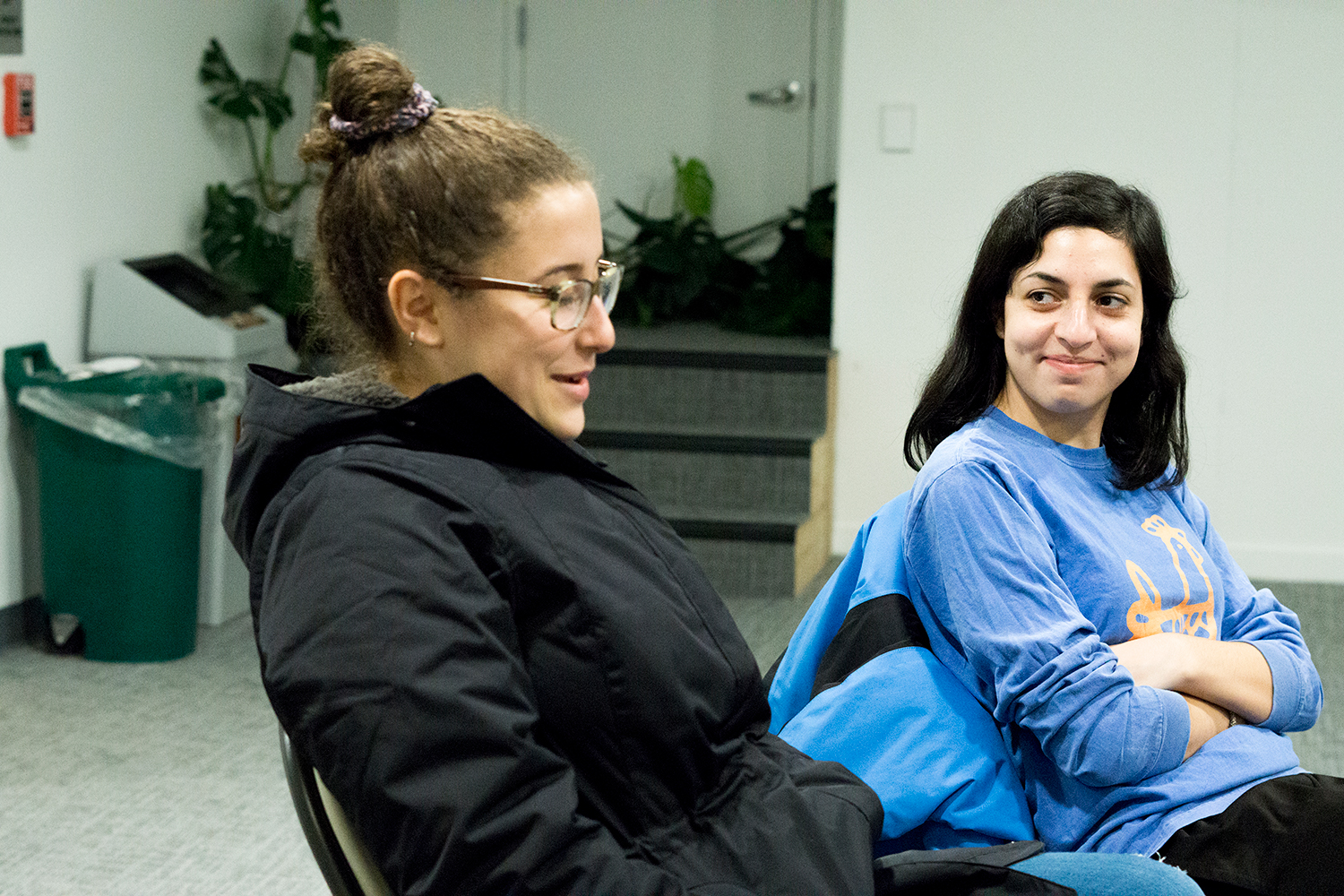 BAILEY SAMBER/THEVERMONTCYNICStudents sit at an informational meeting for the UVM Perspectives trip to Israel, Nov. 19. The trip is currently planned to happen in March 2020.

Daniel Rubenstein, the group’s tour guide on the trip, was a former member of the Israel Defense Forces, the Israeli military. He was also previously a spokesperson for the IDF, according to his website.

Some students have raised concerns about American students touring Palestine territories and Israel when people that live in the area are not able to return to the place they consider home because of the conflict.

“We think it’s wrong that random American students who don’t have ties to Israel or Palestine should be allowed to enter when there are so many people living in refugee camps and have no right to return,” Smith said.

Senior Amanda Duffy who went on the trip last year acknowledged that her ability to travel freely in Israel and Palestine territories was privileged.

“There wasn’t a day on that trip that I didn’t acknowledge that I was learning about this from a coach bus driving around this area,” Duffy said.

Light said certain parts of the trip were disrespectful to the people that lived there.

“There was one part of the trip in Palestine, and we went down this street that I just thought was incredibly disrespectful to bring a group of students down,” Light said. “People were clearly looking at us like, ‘why are you here,’ and in that moment I was like ‘this is messed up.'”