A look at UVM’s drug use 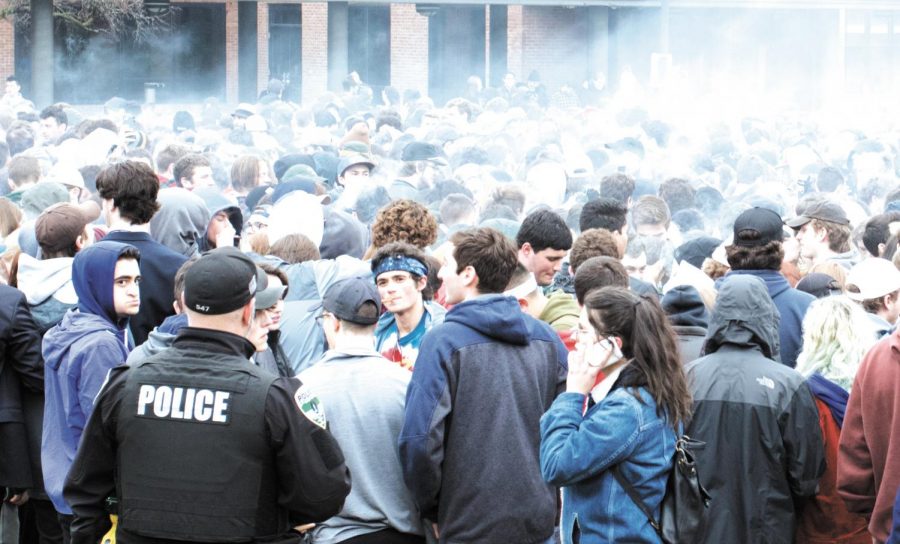 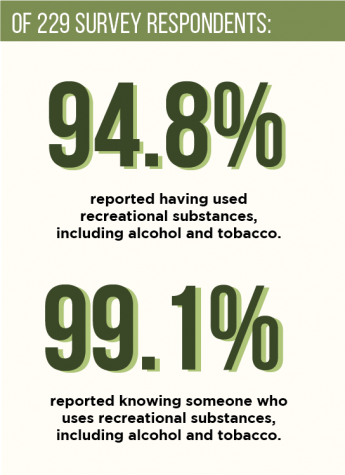 Nearly 95% of UVM students who responded to a Cynic survey reported they use or have used recreational drugs.

Over 200 undergraduate students were surveyed to gauge the drug culture at UVM.

Of the responses, 99% reported knowing someone who uses recreational substances including alcohol and tobacco.

The drugs on the survey ranged in popularity of usage, with alcohol being No. 1, followed by cannabis.

After nicotine, which made up a combined 27.4% of the responses, 7% reported using psychedelics like LSD or psilocybin mushrooms.

The most reported psychedelic was mushrooms, with nearly 39%, and LSD in second with 35.3% reported use. 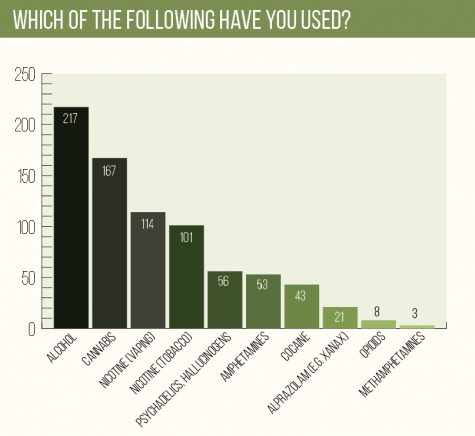 About 73% of student respondents reported that there is a culture around drinking at UVM.

Roughly 97% of students reported that there is a culture around cannabis at UVM.

Among students who reported using cannabis, about 27% were first-years and  about 33% were sophomores, while 22% were juniors and 18% were seniors.