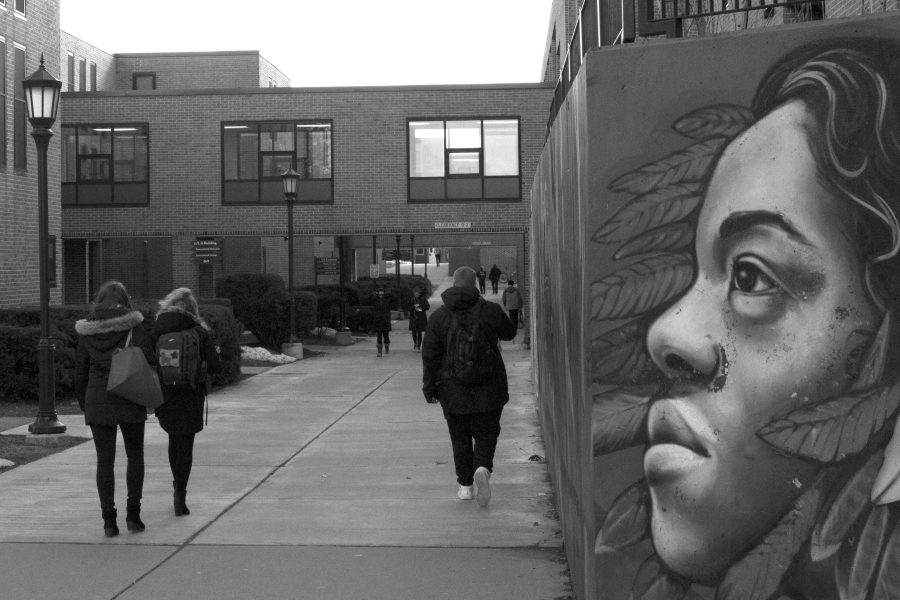 The Living/Learning Center is pictured Feb. 4. The ALANA Student Center will be moving to the space currently occupied by the Career Center. SABRINA HOOD/The Vermont Cynic

Students will soon be able to access the ALANA Student Center on Athletic Campus.

The Center is moving into the space that the Career Center currently occupies in the Living/Learning Center in fall 2016.

The ALANA Student Center is currently located in the Blundell House on South Prospect Street.

The Center works to help students of color achieve their goals in academics, personal growth and cultural development, according to their web- site.

Conversations about relocating the ASC have been going on for years, the center’s temporary director, Sarah Childs, said.

The relocation process gained momentum when Sen. Angelica Crespo, a junior and member of the Committee on Diversity, Equity, and Environmental Ethics, passed a resolution Nov. 17 to move the ASC.

Crespo said she created the resolution to get people to care about the ASC by moving to a more centralized location.

“I passed a resolution for SGA to relocate the ALANA Student Center to make it more central on campus,” Crespo said, “because it’s almost like feeling like you have to go to the back of the bus, getting to the back of the campus, it’s so far away.”

Senior Dylan Letendre, chair of CODEEE, said Crespo spearheaded the relocation of the ASC with the resolution.

“She took it upon herself to try and make that happen,” Letendre said.

Crespo said she believes having the ASC closer to campus will make it a more effective home away from home for students of color.

“By it being in a place where people walk by everyday, we’ll normalize it,” she said.

There have been many stu- dents over the years that have expressed discontent with the location of the center, SGA President Jason Maulucci said.

“So there was a lot of value in bringing that community closer to the center of campus,” Maulucci said.

The centralization of the ASC will provide students with an updated facility, additional space for programming, classes and meetings as well as proximity to colleagues and peers, Childs said.

The Career Center will be moved into the Hub in the Davis Center. There has been no talks yet of what will fill the vacant space in Blundell House, Maulucci said.