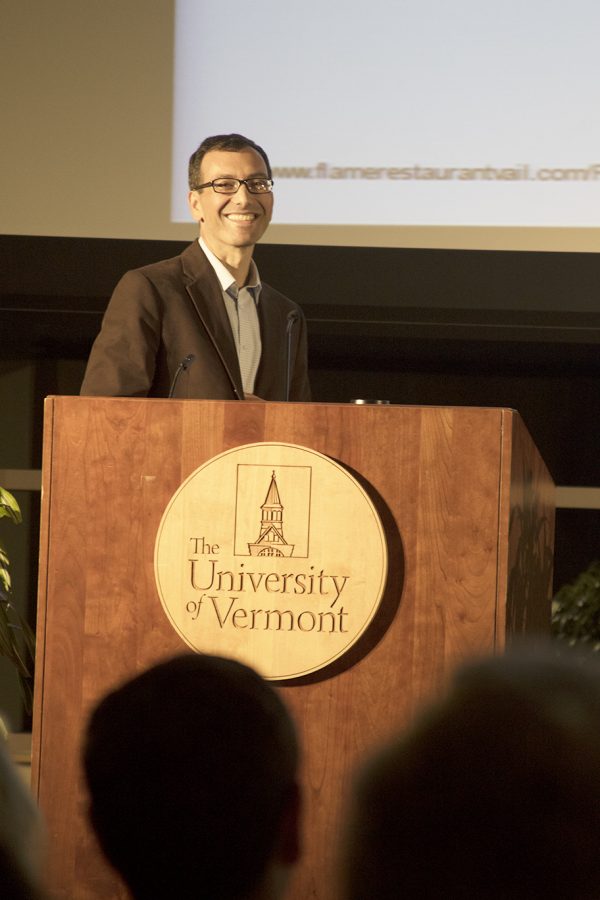 New York Times reporter, Eric Lipton, held a lecture on corporate lobbying in America Sept. 21. Lipton spoke about a series of articles about corruption in lobbying. The articles earned him the Pulitzer Prize for Investigative Reporting.

Lipton is an alumnus of UVM and The Vermont Cynic.

“When you hear politicians talking about issues, too often there’s money behind it,” Lipton said.

Lipton found state attorneys general across the country, including Vermont, accepting campaign contributions from corporations to stop investigations on their activity and from law firms to assign them cases that would win them millions.

Even foreign countries use American think tanks to publish favorable studies rather than send ambassadors to influence issues, like military protection of oil drills.

“I’m walking away with a better understanding of lobbying, the negative aspects of it,” Weiner said. “I like that he left it ambiguous…what can we do about it?”

Lipton also expressed concern for experts that are deceptively presented as third-party supporters for corporations.

He spoke about organic food companies who pay professors to travel and talk about the harmfulness of genetically modified organisms.

“University professors and their research are becoming extensions of the lobbying campaign, tools of the corporate effort,” Lipton said.

He also spoke about a battle between the trucking industry and railroad industry.

The troopers then spoke in Washington, D.C. about the danger of overloading trucks, while the railroad industry raked in the truckers’ shipping business.

“Subterfuge like this creates inability for the public to understand who is calling the shots … no transparency can start to undermine democracy,” Lipton said.

After hearing about Lipton’s extensive research, students called him a “detective” and a “political spy.”

First-year Kalia Bornstein said she left the lecture with many questions about lobbying and politics in America.

“Money or justice? Where is the boundary? How do we determine, is there a way to know why politicians are talking about [an issue]?” Bornstein said.

He called this time “incredibly valuable” and said he is “still a Vermont Cynic.”

“It’s cool he appreciates where he is from, just like we appreciate that he’s here,” first-year Dominique Boccanfuso said.