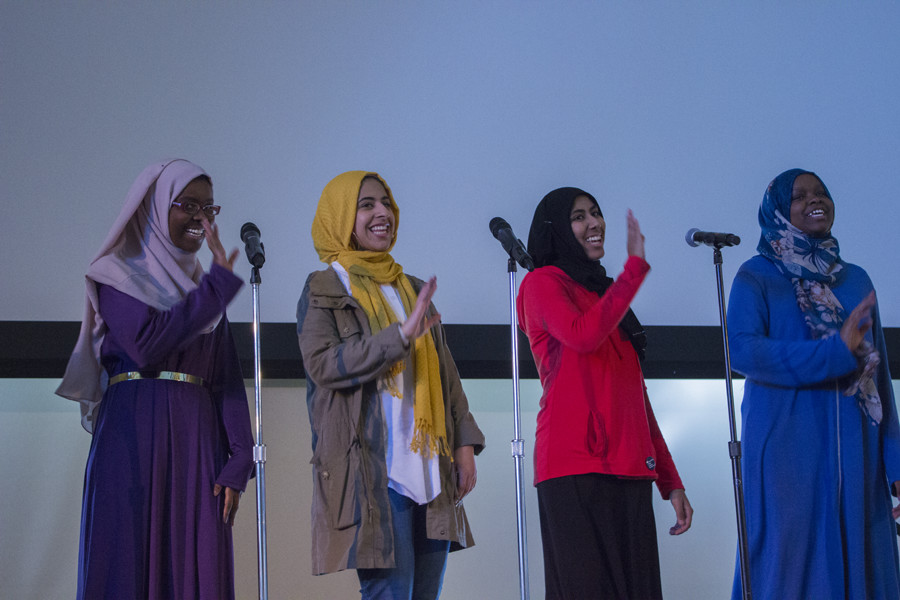 The UVM community gathered to take a stand against gender-based violence April 13.

The 12th annual Dismantling Rape Culture conference, organized by the Women’s Center, was held on the fourth floor of the Davis Center.

During the conference, students listened to leaders of gender studies discuss the impacts of gender-based violence and solutions to end it.

Jeanne Kaczka-Valliere, outreach coordinator for the Women’s Center, said she hopes participants left with an increased awareness of rape culture in society and are better able to make change.

“Everything from ‘locker room talk’  to sexist jokes and rape jokes can perpetuate a culture of violence,” Kaczka-Valliere said.

Kaczka-Valliere hopes people left with a better understanding of sexism, she said.

“We all are impacted by rape culture,” Kaczka-Valliere said. “We all want to live in a violence-free society.”

At the conference, participants were given information packets with lists of terms and resources discussed.

A common misconception about rape culture is that it just affects individuals when it actually affects everyone, Kaczka-Valliere said.

Rape culture is very misunderstood, and students wanted to make a change, she said.

“There are a lot of different ways we can affect change, and that’s why the theme came out also sensing that a lot of students on campus and in our community are charged,” Kaczka-Valliere said. “People want to make change on this campus and in this community.”

A major theme was to educate people on campus, said Alexandra Spannaus, UVM vice president of finance and member of the DRCC planning committee.

“The theme of this conference is resist, uplift, create, focus on activism through art and education,” Spannaus said. “Going back to what Jeanne said raising awareness and having participants hopefully taking away action items to resist in their own circle.”

The UVM administration was very financially supportive of the conference, she said.

“We’ve had support from President Sullivan and the administrators making a real concern to address campus wide violence,” Spannaus said.

The conference is a way to address the many ways sexual violence occurs on campus, she said.

Senior Alicia Gusan, committee member for the DRCC, helped plan the conference and said she felt it was a success.

“As an undergraduate survivor, it was really great to see other undergraduates working to create a healthy environment on campus,” Gusan said.

Residents from Castleton, Vermont and Plattsburgh, New York came to the conference in addition to people from UVM and Burlington, she said.

“Having people come in with so many different mindsets and understandings is overwhelmingly awesome to see,” Gusan said.

Everyone is encouraged to come regardless of their understanding and knowledge of sexual violence, she said.

Sophomore Mehanna Borostyan helped promote the event and said the workshops she attended were packed.

“We always have full attendance at the event and we cap it at 500 people,” Borostyan said.

There were a lot of students attending as well as running the workshops, she said.

“One of the most interesting workshops was the student survivor panel,” Borostyan said. “You needed no experience for that, just to be a human being and present.”

Students were able to indicate how comfortable they are with rape culture before the conference and select which workshops best suited them, she said.