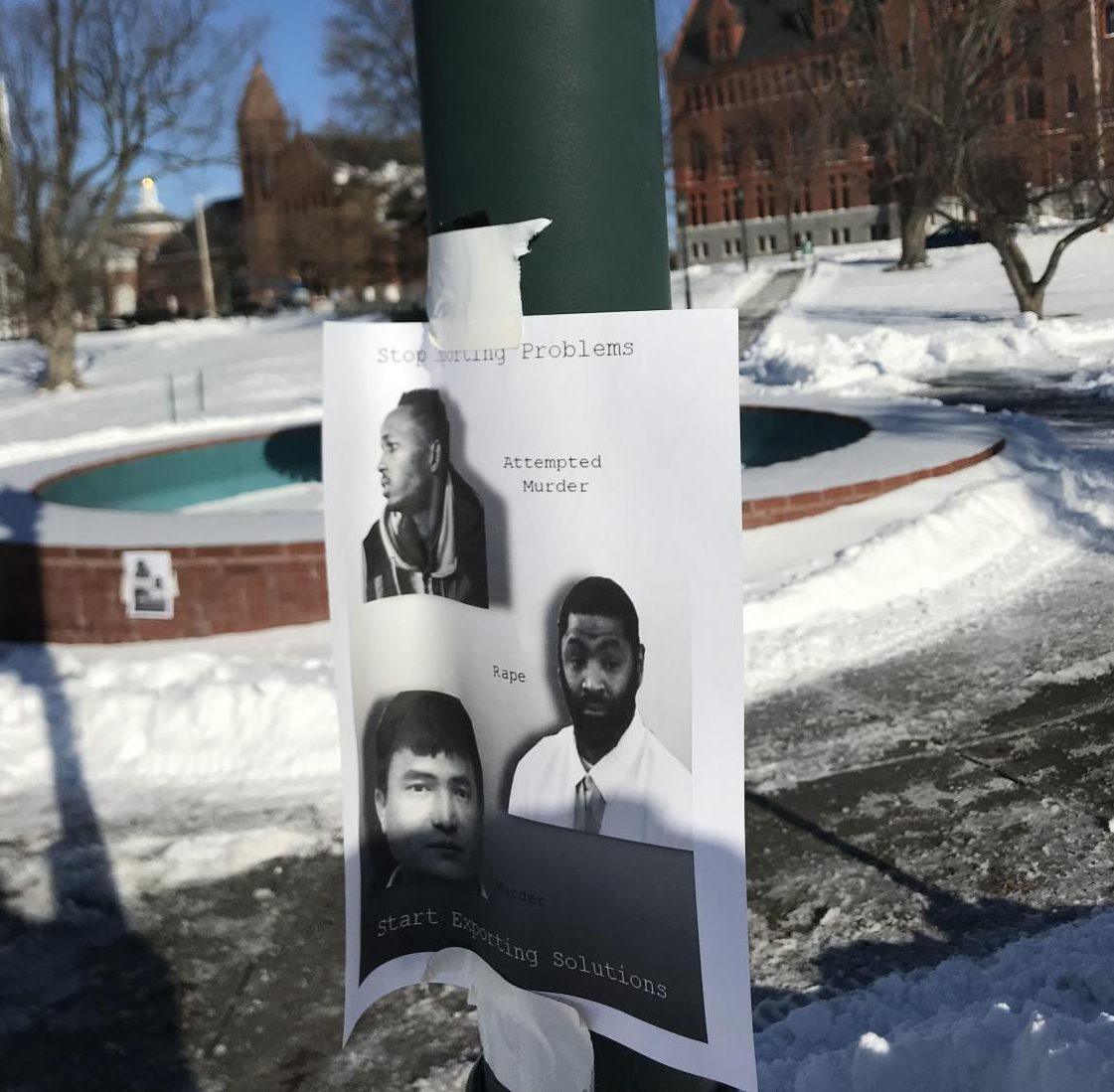 The posters, which read “stop importing problems, start exporting solutions” had photos of three people of color with crimes listed next to their faces.

No Names for Justice, a student advocacy group, wrote a statement on the back of one of the flyers and delivered it to the executive offices in Waterman.

The group held a social justice teach-in Oct. 26 and organized the march on Waterman Sept. 25.

“Found this posted on the door of Waterman. Thought you should know this is happening… Prime example of the failure of this community and institution to disempower white supremacy. Happy MLK day,” they wrote.

Enrique Corredera, Executive Director of University Communications, said that the posters do not align with the University’s values.

“These posters appear to have a clear racial and ethnic bias, with disturbing
negative connotations,” he said. “We condemn in the strongest possible terms the discriminatory sentiment associated with these posters.”

The posters were posted in similar places as the ones that appeared Nov. 7 of last year, which read “it’s okay to be white.”

Those posters were seen at college campuses across the country, including Tulane University in New Orleans, LA and the Harvard yard in Cambridge, MA, according to a Nov. 3 Washington Post article.

There does not appear to be a similar background to these new posters.

University President Tom Sullivan sent an email to students about the flyers, calling them an assault on UVM’s institutional values.

“We condemn these flyers unequivocally and in the strongest possible terms.  Our University strives to maintain a welcoming environment for all members of our community.

Sullivan said that Police Services is actively investigating the posters and that the posters were referred to the Affirmative Action/Equal Employment Opportunity and Bias Response teams.

“Let us be clear, respect and civility are core values expected of all members of the University community and visitors to our campus,” Sullivan said in the email.