The Vermont Cynic • May 14, 2015 • https://vtcynic.com/news/bottled-water-ban-does-not-reduce-waste-study-finds/ 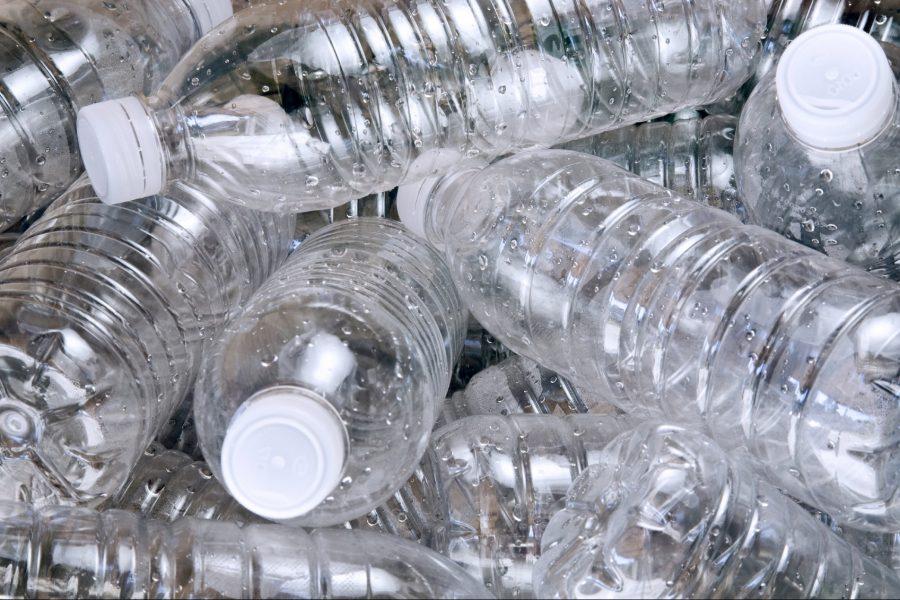 First put into place Jan. 1, 2013, the campus-wide ban of bottled water sales followed a four-year movement that brought pressure down on the university from both students and faculty members, making national headlines, with features in NPR, Boston Globe, Reuters and more.

The University was well-intentioned by banning water bottles, but from a health standpoint their findings suggest removing the policy, Johnson said.

“Unless we can start demonstrating that the number of bottles being shipped to campus is going down, I think we should bring bottled water back,” Johnson said.

“The accomplishment was that we are teaching people to drink the local water,” Thompson said. “It’s available and it’s the responsible thing to do.”

Despite over 50 schools in the U.S. having similar bans on their campuses, little is known about the environmental or health impacts of banning water bottle sales, according to the study.

Berman said that UVM was a “pilot” for the ban, as one of the first universities to implement something of its kind, and it’s “telling” when all of the effort that went into the ban still resulted in a negative impact.

The ban was originally intended to do two things – reduce waste and promote cleaner, local water – but it was more about the water than the bottles, said Gioia Thompson, director of sustainability.

“The accomplishment was that we are teaching people to drink the local water,” Thompson said. “It’s available and it’s the responsible thing to do.”

Richard Cate, vice president of finance and the treasurer, said people should not trust how clean water is just because it’s sold in a plastic bottle.

“If you buy bottled water in New York City, you have no idea where it came from,” Cate said. “There aren’t all that much in the way of health standards for bottled water.”

He said the University hopes the ban enhanced its reputation as a “green” school, and that even though they did not do it for that purpose, it was “good publicity.”

“It worked out fairly well, but there’s no possible way for us to point and say, we did better on tuition because of that,” he said. “Did we get more publicity because of that? Yes, absolutely.”

Johnson said that she sees that environmentalist goals and public health goals can conflict, and that this as an example of that.

“I don’t think we’ve helped make the healthiest choice the easiest choice to make,” she said.

The Office of Sustainability is grateful to Johnson and Berman for the research they conducted on the consequences of UVM’s bottled water ban, Thompson said in a May 13 statement.

“I hope that our experience at UVM will inspire other communities who have ended sales of bottled water to examine their programs for unintended impacts, and the response the University is in the process of implementing will be of interest to them,” Thompson said.

The ban was implemented after a clear student demand to ban water bottles and an SGA vote, Cate said.

There were two resolutions about the water bottle ban from the SGA in 2009 and 2010, and SGA voted in the fall of 2011 to support of the ban.

“We responded to a student request,” Cate said. “We know that not every single person loves the idea, but we responded.”

When the ban was proposed, the removal of bottled water raised concern because it would cause people to buy unhealthy bottled beverages instead, Thompson said.

“The objective was to put another case against water bottles,” Duffy said.

The water bottle ban began with students in environmental protection groups such as the Vermont Student Towards Environmental Protection (VSTEP) and the Eco-Reps.

Benedict Duffy, a former UVM student, said a teaching assistant in one of his classes told him about the ban. Duffy helped take charge of the movement for a project in his class, his goal being to try and “get the ball rolling,” he said.

“The objective was to put another case against water bottles,” Duffy said.

Julie Coffey, treasurer of VSTEP from 2o11 to 2012, said the campaign had started a few years before her time.

“Our goal was to try to reduce plastic usage and come up with infrastructure to push it in that direction,” Coffey said.

After the ban was put in place Jan. 1, 2013, the movement was dropped, quieting the promotion of the goals of the bottled water ban, Thompson said.

“The [bottled water ban] campaigns that happened, they were in your face,” Thompson said. “This peer pressure, it can really change behavior on campus.”

After the ban went in place, the Office of Sustainability did not track the sales of bottled beverages, she said.

“As this went through, there wasn’t a sense that we were accomplishing something that we needed to track,” Thompson said.

Berman and Thompson had to compile bottled beverage shipment data themselves — UVM Sodexo doesn’t keep this information on hand and the Office of Sustainability has no data on the subject, Thompson said.

“It would make sense to have the data,” she said. “This is something that should be of academic and community interest.”

“We have Sodexo selling everything, and it would be reasonable to ask [them this],” Thompson said.

UVM Sodexo is committed to tracking beverage data and will work with the University to define the data points to be tracked and report out annually, Melissa Zelazny, UVM Sodexo general manager, said in a May 14 email.

For Johnson and Berman’s study, data on bottled beverage consumption was gathered by analyzing the number of bottles shipped to each campus dining location, information provided by UVM Sodexo. The process, undertaken primarily by Berman, involved the analysis of over one million data points.

In response to this study, University officials noted several changes which have either been implemented already or are being considered as part of the UVM dining services-Sodexo contract to be finalized June 1.

In March, UVM made free water available at all dining locations, a prior concern which was brought up by the study. UVM Dining will also require half of all drink offerings to have 40 calories or less per eight-ounce serving.

“I’d like to be optimistic and say that it would be helpful even just having more healthy beverages compared to non-healthy beverages in there,” Berman said.  “I mean, it’s a step in the right direction.”

In addition, the University is considering adding other terms to their upcoming contract with Sodexo in response to the study, including expanding their to-go container program and no longer offering bottled beverages  at dining locations where you can find the same drink in a soda fountain, according to University Communications.

“The paper’s findings have prompted key members of the university community to develop a program that I believe will help promote local tap water use and reduce waste – the original goals of the student initiative — without creating a new set of challenges,” Thompson said in a May 13 statement.

Berman and Johnson’s study was released online May 14, and will be published in the June 2015 print issue of the American Journal of Public Health.