Burglar arrested after a series of thefts in dorms 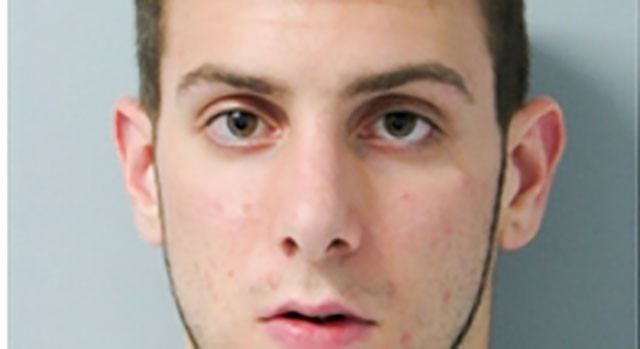 After “extensive” investigations, 23-year-old Samuel Blatt of Winooski was identified as the suspected  burglar, according to a press release.

Blatt, now held at Chittenden Regional Correctional Facility , will be arraigned in court  Feb. 17. He faces burglary, possession of stolen property and false pretense charges, according to the release.

Blatt has multiple prior burglary convictions, according to an August 2013 WCAX article. Blatt made purchases with a credit card stolen from one of the dorms, which became a key clue leading to his arrest, Magnant said.

Police were able to review closed circuit television footage from the store where the credit card had been used by the suspect. They identified him through the footage, he said.

“Police also recovered a backpack and matched shoe prints with [Blatt’s] sneaker,” Magnant said, which connected Blatt to the burglaries in the other dorms.

First-year Joshua Gervais lives in the McAuley dorm that was broken into over winter break.

UVM has installed metal screens in burglarized rooms that connected to the roof to prevent future robberies, he said.

“Both of the kids next door moved out after being burglarized twice, they had two laptops taken, but now there are metal screens on all of the windows so we all stayed,” Gervais said.

His roommate, first-year David Urso, said he had his TV and Xbox stolen from the room. He has since been reimbursed by UVM.

“UVM helped me get my stuff back,” Urso said. “Joe Russell, associate director of ResLife, took me to Best Buy and bought me a new TV and Xbox.”

First-year Matthew Werner said he is one of the residents of a neighboring McAuley dorm connected to the roof that was broken into last December.

He and another one of his roommate’s laptops were stolen, he said. Unlike Urso, they did not receive any compensation from UVM.

“We were all out of the room for a short time that evening, and when we returned, my roommate noticed the window screen sitting on the floor in front of our door,” Werner said.     “Initially, we thought our other roommate had gone onto the roof, but when I checked my desk to see if my belongings were still there, my laptop was gone. They also stole $25-30 from one of my roommates, and my other roommate’s laptop,” he said.

Since then, Werner and his roommate had to purchase new laptops, as there is no compensation through UVM, he said.

There’s about one burglary each day in Burlington, the majority occur where student populations are the most dense, Burlington Police Chief Michael Schiring said in an interview with  the Cynic last October.

“If you like a piece of property, take a picture of the item and make sure to include the serial numbers,” Schirling said.

“It’s not uncommon to catch someone with a bunch of stolen property, but we can’t identify the owners,” he said.