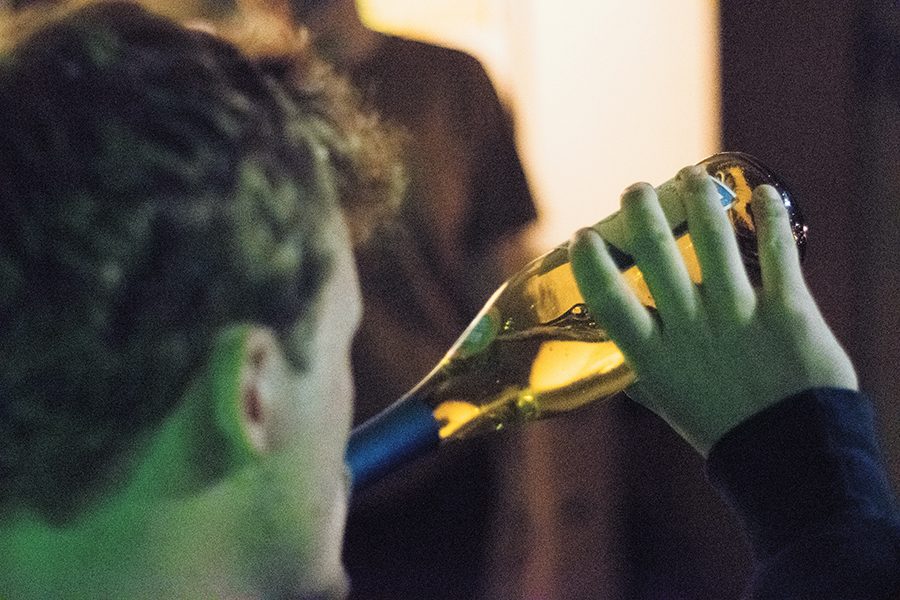 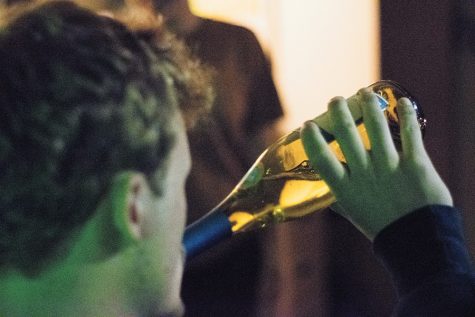 When senior Wesley L’Italien first came to UVM, he had high expectations for what party life in college would look like, he said.

“Friends and older people [said] ‘UVM is a crazy party college,’” L’Italien said. “My expectations were lots of parties and drinking all the time, which wasn’t true for me for a while.”

While living on campus, L’Italien didn’t begin drinking until his sophomore year.

He started going to more parties once he moved out of the residence halls and started living off campus, he said.

“Everyone I know usually drinks copious amounts at least once a week, so it’s making more of that expected scene now,” L’Italien said.

Tom Fontana, who counsels students on substance use, said that the number of students that drink at UVM has actually gone down 33 percent since 2013, and is less than the national average.

Student referrals for alcohol dropped from 629 in 2016 to 493 last year. Additionally, the number of students requiring medical attention for excessive drinking has dropped 50 percent, according to the office of the Vice Provost and Dean of Students.

Fifty-eight percent of college students ages 18-24 reported having at least one drink in the past month, according to a 2015 National Institute on Alcohol Abuse and Alcoholism survey.

“It’s difficult for UVM to be a ‘party school’ in the traditional sense because of the climate,” Fontana said. “You don’t want to go outside.”

That doesn’t mean that students at UVM don’t drink, but it’s just not as many students as one might expect, he said.

“There’s a narrative to [being] a college student, of what it means to have fun and make memories,” Fontana said. “There’s an idea that getting drunk will facilitate that.”

First-year Sophie Spencer said that she’s noticed first-years in her building were not hesitant to start drinking.

“I think first-years are getting away from their parents and being all like ‘oh this is the time to be me, explore and be rebellious,’ and then they drink a lot,” Spencer said.

People tend to think everyone’s drinking because parties, drinking the behavior associated with both are more visible than those associated with not drinking or going out, said Amy Boyd Austin, director of the Catamount Recovery Program.

“It is harder to find people who are not partying because what they do is a little bit more under the radar;” Austin said. “It’s quieter; it’s not throwing up publicly, it’s not passing out, it’s not ruckus.”

Even though substance-free communities are less prevalent on campus compared to the number of students who drink, first-year Jakob Bair said he hasn’t felt any pressure from his peers to drink.

“As someone who doesn’t drink, I don’t feel a need to drink to have an active social life,” Bair said.