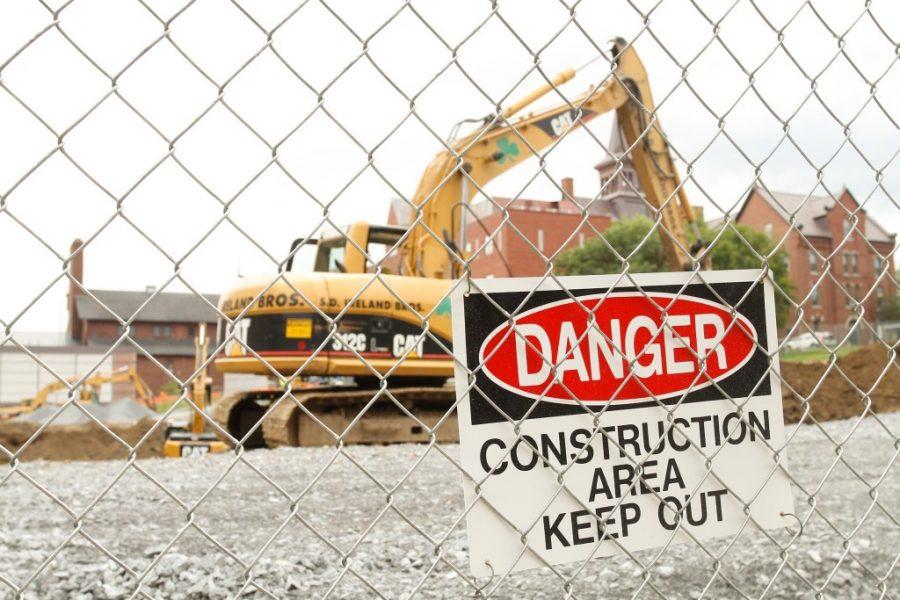 Big changes are coming to Central Campus as many of UVM’s construction projects are already under way.

The Chittenden Buckham Wills housing Complex was demolished in July. In its place will be a new residence hall and an expansion of the UVM Medical Center.

The expansion of the UVM Medical Center will be completed by 2018.

To help students and faculty get to classes on time, new pathways have been created and will remain as construction continues, said Robert Vaughan, director of capital planning and management for UVM.

“This is the reason why the time between your classes is now 20 instead of 15 minutes, because we knew this was going to be an impact in how people get to places,” Vaughan said.

“As far as like going to class, most of my classes happen on the other side of campus so I’ve only had to really walk down there just when I’m visiting groups of friends. I mean it’s a little tedious at times there but it’s manageable at least,” senior Ryan Vallancourt said. “They’re keeping the walkways clear so I mean everyone is able to try to get through, they are managing it as best they can.”

The UVM alumni association is selling bricks from the CBW complex for $50 to people who want to own a piece of UVM history.

Richard Cate, vice president for finance and treasurer for UVM, said he purchased a brick. “I think it was a great idea, and the one I bought is sitting on my desk.”

Cate said he lived in Wills Hall in 1967. “It is somewhat bittersweet to see CBW go, but their time had come. They served the University well, but they were no longer fully meeting the needs of students.”

“The STEM center is being funded by a combination of private gifts and debt. Tuition is one source of the funds that will pay the debt service [mortgage]for the project,” Cate said.

The housing project is funded from a combination of cash reserves, the sale of other property and debt. “The debt service for this project will not be funded by tuition but rather by the room fees that students pay,” he said.

“Tuition and room fees would only be increasing by the same incremental amount that they would have even if the projects had not been built, and that is still the case,” Cate said

Construction crews have begun to lay the foundation for the new residence hall. Construction equipment is scattered across Central Campus behind a large fence surrounding the construction site.

“The area around where the construction site will be taking place [regarding the STEM project] has been fully fenced in, and the trailers and all of the mobilization pieces by the general contractor have been put into place,” Vaughan said.

“Angell Hall has been completely demolished. It is gone. You will see it is quite a different looking site now that you can see all of [Cook Physical Science],” Vaughan said.

“They have started the excavation for the lab building, which is phase one of STEM,” he said. There is a live feed of construction on the provost’s website, along with videos of the CBW demolition.

“There are always inconveniences associated with construction projects, but I am confident that the end result will make it all worthwhile,” Cate said.